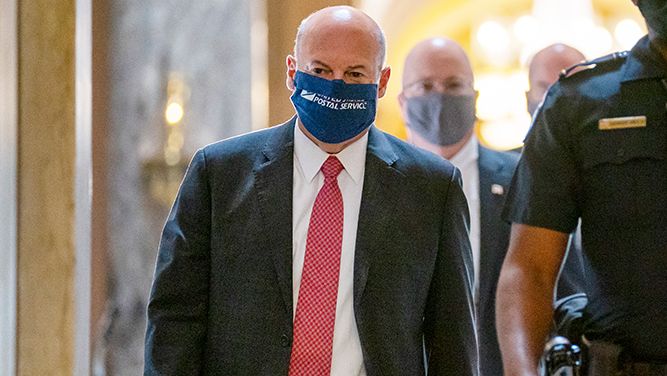 WASHINGTON, D.C. — Postmaster General Louis DeJoy has agreed to testify before the House Oversight Committee about “operational and organizational changes he has been making to the Postal Service,” Chairwoman Carolyn Maloney (D-NY) said.

In a statement, Chairwoman Maloney said that she is “pleased” that DeJoy voluntarily agreed to testify, and she looks forward to “receiving his production of documents and other information” requested in a letter sent last week, co-signed by a number of members of Congressional Democratic leadership, including House Speaker Nancy Pelosi, Senate Minority Leader Chuck Schumer and Sen. Amy Klobuchar.

“The American people want their mail, medicines, and mail-in ballots delivered in a timely way, and they certainly do not want drastic changes and delays in the midst of a global pandemic just months before the election,” Maloney continued.

In June, DeJoy, a Republican donor and logistics company executive, took over as the new postmaster general and Trump tasked him with trying to make the Postal Service more profitable.

DeJoy cut overtime, late delivery trips and other expenses that ensure mail arrives at its destination on time. The result has been a national slowdown of mail.

The Postal Service is hoping for a $10 billion infusion from Congress to continue operating, but talks between Democrats and Republicans over a broad pandemic relief package that could have included that money have broken down.

Speaker Pelosi is calling the House back into session over the crisis at the U.S. Postal Service, setting up a political showdown amid growing concerns that the Trump White House is trying to undermine the agency ahead of the election.

Pelosi is cytting short lawmakers’ summer recess with a vote expected Saturday on legislation that would prohibit changes at the agency as tensions mount. President Donald Trump’s new postmaster general, Louis DeJoy, has sparked nationwide outcry over delays, new prices and cutbacks just as millions of Americans will be trying to vote by mail to avoid polling places during the coronavirus outbreak.

Trump on Monday defended the agency’s embattled new leader, a major Republican donor, but also criticized postal operations and claimed that universal mail-in ballots would be “a disaster.”

“I want to make the post office great again,” Trump said on “Fox & Friends.” Later at the White House he denied asking for a mail-delivery slow down.

“In a time of a pandemic, the Postal Service is Election Central,” Pelosi wrote Sunday in a letter to colleagues, who had been expected to be out of session until September. “Lives, livelihoods and the life of our American Democracy are under threat from the president.”