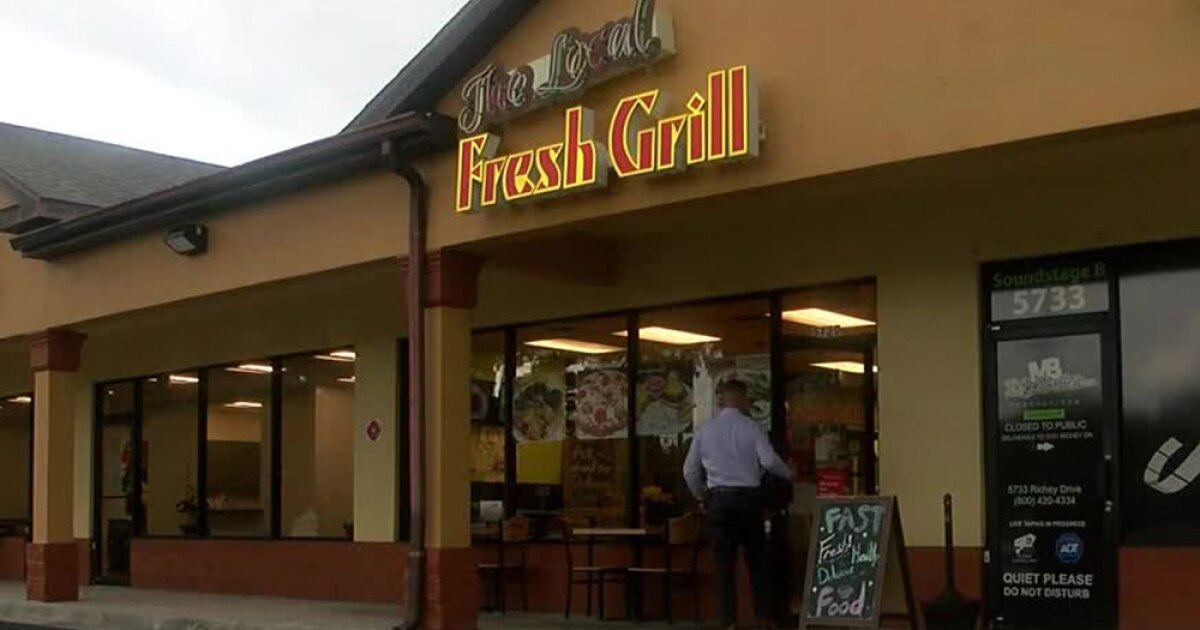 PORT RICHEY, Fla. — There is a restaurant in Port Richey that is giving back to first responders and families during the pandemic.

Ron Pentaude has waited months for his lunch crowd at The Local Fresh Grill to return. However, the owner has noticed some regulars are still missing.

“I’ve had many, many families that have come in now over the years and eat and I haven’t seen a lot of them in a long time, and when you think they are going to bed with their bellies hurting that’s pretty discouraging,” said Pentaude.

So Pentaude has put the responsibility upon himself. All kids 12 and under, accompanied by a parent, eat for free.

“There are some families that are just hungry, the money is gone, the jobs are gone,” said Pentaude. “Somebody has to pick up the ball and run with it.”

His other big passion during the pandemic has been supporting those on the front lines. All first responders receive a 10% discount while police officers eat for free.

“It’s about building the morale and letting them know not all of America has abandoned them,” said Pentaude.

He considers himself lucky to have bounced back after seeing the overall revenue cut in half for several months. He understands not all restaurants can afford to be so charitable. He owes a big thanks to the people of Port Richey.

“This Thursday we are going to be doing a spaghetti dinner where parents can just bring their children and we’ll feed them all,” said Pentaude.

Peggy Wheeler has been eating at The Local Fresh Grill since it opened four years ago. She said it’s nice to know that there is more on the menu than just wraps and bowls, there’s also plenty of generosity.

“We know that the owner gives back to this community where we live and we so appreciate that,” said Wheeler.

0 0 0 0
Previous : US Postmaster General delays USPS reforms until post-election
Next : Florida judge will decide if bars, clubs and breweries can open back up