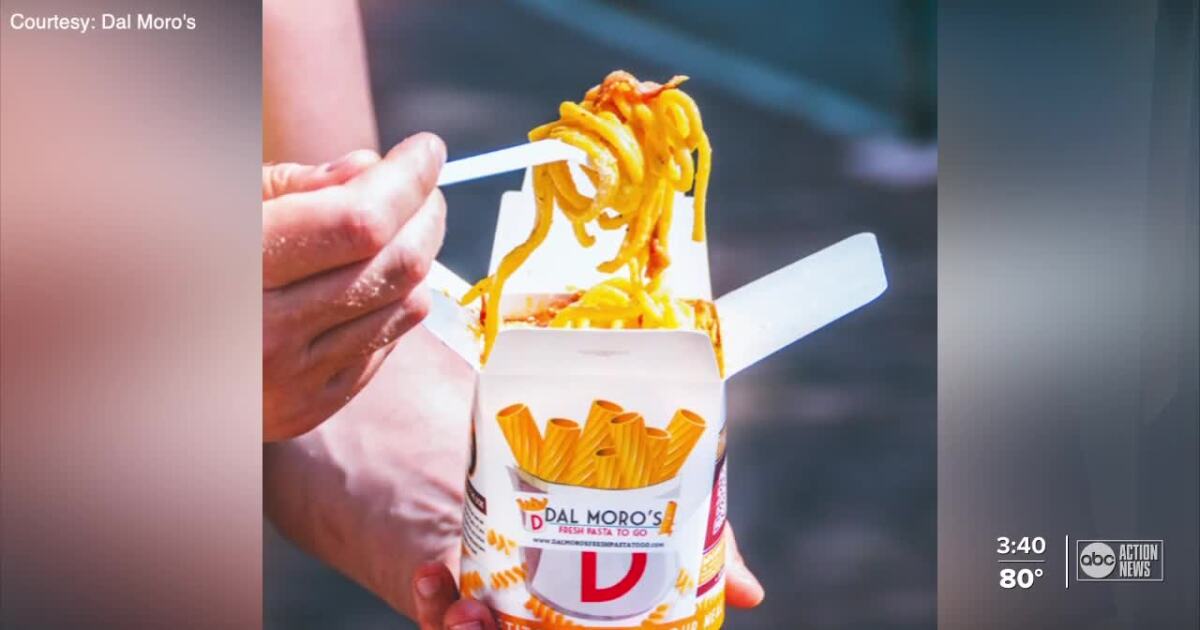 ST. PETERSBURG, Fla. — While many people are wary about starting up a new business during a pandemic, there is one Tampa Bay area family that has decided to go for it. Their restaurant just isn’t new to Tampa Bay, it’s new to America.

It’s called Dalmoros Fresh Pasta To Go. It was started in Italy in 2012 and has since sprouted a number of locations throughout the country. Their first United States location is set to open in St. Pete on Central Avenue this September.

“Everybody knows that all good pastas start with a grandmother’s recipe, this is the exact same thing,” said franchise owner David Caruso.

In January, his family visited the Dal Moro’s original location in Venice.

“When we walked in we felt like we were family members with the people and we just wanted to have that energy and bring it back to the United States,” said Caruso. “When you are walking around Venice you will see the little to-go-boxes and you’ll see people walking around smiling, taking pictures with it.”

Caruso said the time and place couldn’t be better for a fast-casual Italian eatery. Customers will be in and out within a few minutes.

“Traditional burger and fries might be a little overdone at this point but pasta to go is a new concept for people,” said Caruso. “It’s a very walkable city and because of the weather it’s perfect for the concept because people are just going around buying food so often.”

People will be able to stand on the sidewalk and watch the recipes come to life right through the window.

“People walking by will be able to see us making the pasta each and every day. When they come in and order it, it’s made right there for them,” said Caruso.

Considering Venice is known for having so many bridges, Caruso, who is of Italian heritage, is especially thrilled to build a cultural bridge between two places dear to his heart.

“They get the food, they walk out with that box, have a little taste of Italy in their hands,” said Caruso.

0 0 0 0
Previous : Anonymous donor inspires others to pay it forward to unemployed Floridians
Next : Getting Answers: How Does Vote by Mail Drop-off Work?