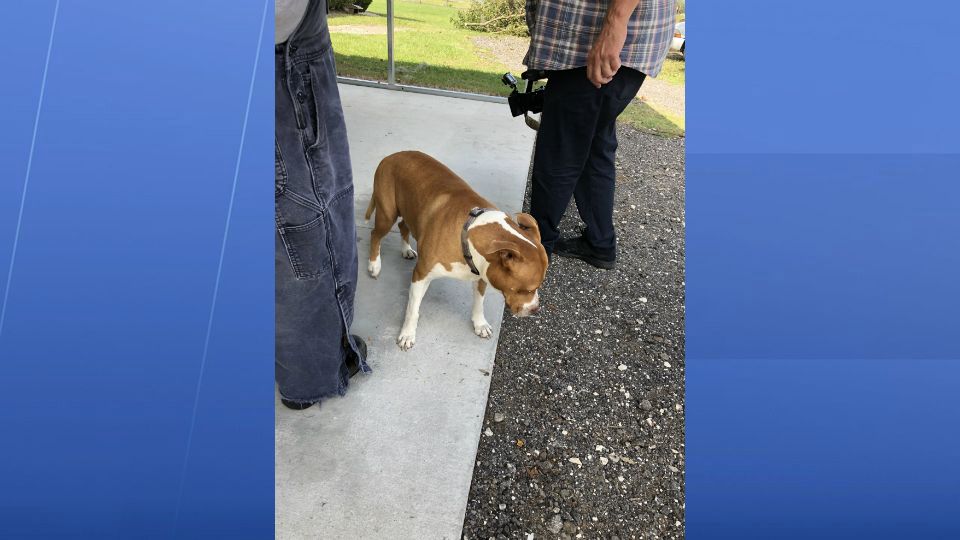 POLK COUNTY, Fla. — Friday night’s tornado damaged homes, destroyed churches and left thousands without power, but no one felt as devastated as Belinda Pelham and her family when their 8-year old pitbull named Tuffy got swept away in the storm.

She said they didn’t realize the tornado was headed their way unitll the last moment.

“We went into the closet and I grabbed my little dogs,” Pelham said, “and I go to get the other one and by this time the tornado was bearing down on us.”

Once the storm passed, the family went outside to assess the damage and immediately found something missing.

They found the massive dog house about 100 yards down the street in ruins in a ditch, but Tuffy was nowhere to be found. The family searched all over for the pooch, but it wasn’t until 18 hours later that a neighbor discovered Tuffy cowering in a ditch about a half mile down the road.

The Pelham’s have a lot of cleaning up to do thanks to the storm, but they say that’s OK with them now.

“Oh yea, but that’s all beside the point,” Pelham said, “now that we have our little Tuffy back we’re overjoyed.”

0 0 0 0
Previous : Researchers find second warship from WWII Battle of Midway
Next : Gators jump to No. 7 in latest AP poll