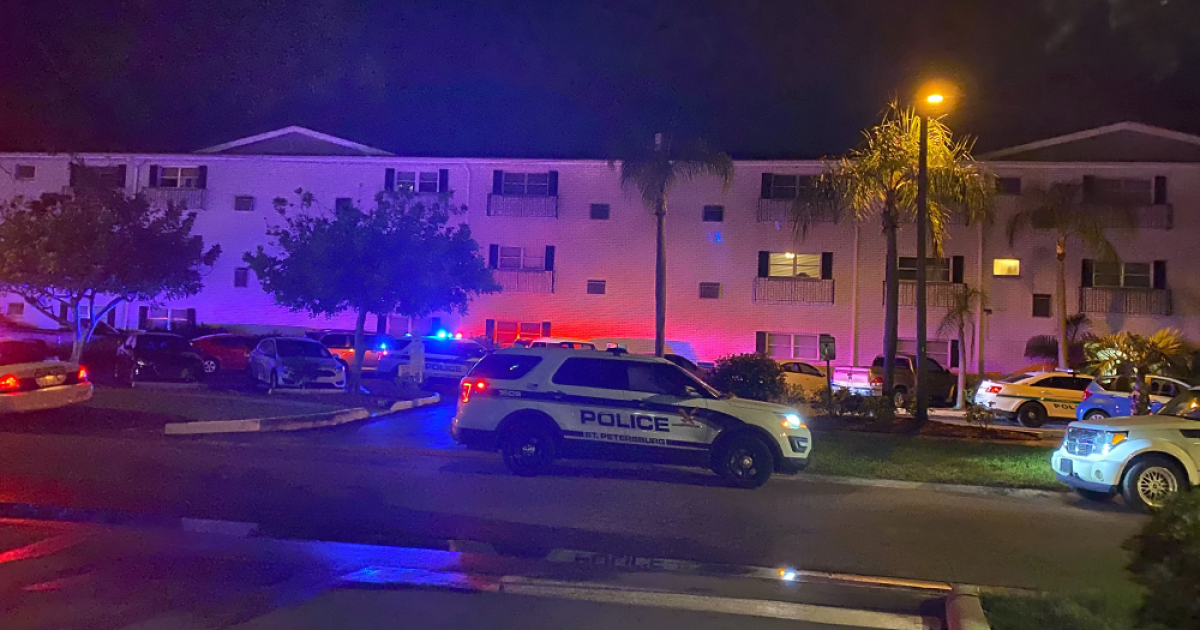 Officers with the St. Petersburg Police Department were at an apartment in the 4000 block of 4th Street. Two St. Pete police officers were responding to reports of a 55-year-old white man who was taking the neighbor’s belongings, throwing them in a dumpster over the balcony, according to the Pinellas County Sheriff’s Office, who is handling the investigation.

The man later shoved a St. Pete police officer on scene and a struggle ensued. At one point, the man grabbed the female officer by the neck.

Deputies were told the man held the officer’s neck for almost 15 seconds. The officer fired two rounds while the man’s hands were around her neck, hitting the man.

The man was taken to the hospital, where he was later pronounced dead, according to the Pinellas County Sheriff’s Office.

Deputies say the officer has marks on her neck and is “shaken up” but she is expected to be OK. Deputies said the man, who was around 6-feet tall and about 175 pounds, was much bigger than the officer who he put his hands around.

The officer, whose identity has not been released, had been with St. Pete PD for four years, according to deputies.

The Pinellas County Sheriff’s Office will continue to handle the investigation of Friday night’s shooting.