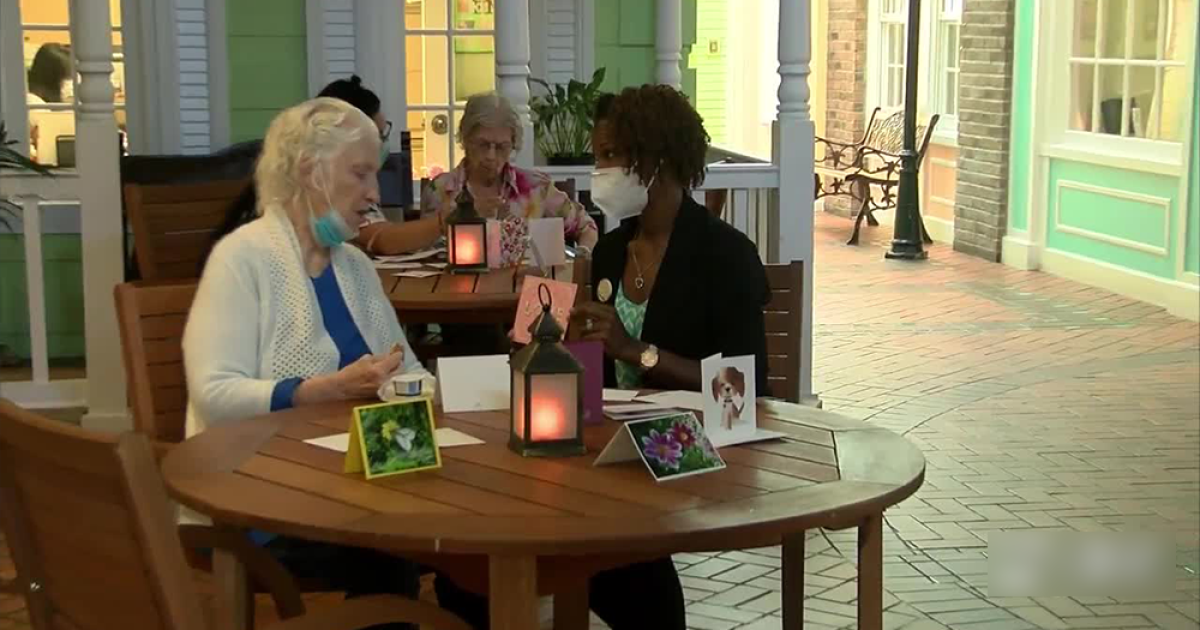 TAMPA, Fla. — You are never too old to have a pen pal. That’s the message at Superior Residences of Brandon. The assisted living facility is matching up their residents with members of the community through the power of a pen and paper.

“Everybody loves getting mail and to see their name on an envelope even that brings a smile to their face,” said Laura Schless of Superior Residences.

The cards and letters are slowly starting to pile up.

“It’s a great way for them to connect to the outside world when they can’t have visitors,” said Schless.

Superior Residences is using social media to post photos of their residents as well as their interests in hopes of finding each of their seniors a pen pal.

“It’s very personal, it shows a lot of love, that’s just what we wanted to show, love to our community, care, compassion, in a difficult time,” said pen pal Kathy Norris.

Norris and her daughter have begun sending pictures to their pen pal. While Dana Long has connected with a resident over their favorite animal.

“One lady happens to like cats and so do I. So that was one of the first things I did was to write to her on stationery that has a cat on it,” said Long.

Long said it’s more than a letter, it’s a sign that they have not been forgotten.

“People on the outside are aware of where they are and that maybe this little note will make you feel a little better, make you have a better day,” said Long.

Superior Residences said it’s also therapeutic. Every letter has the ability to reenergize their memories and spirits. They are looking for as many pen pals as they can get.

“The light that shines from their face, it just makes them so happy,” said Schless.

For more information on the pen pal program and to find out more about the residents, visit the Superior Residences of Brandon Facebook page or call them at 813-657-8587.

0 0 0 0
Previous : Life in the Time of Coronavirus: Mom-Daughter Team Runs Insurance Company
Next : ‘If You Give A Child A Book’ campaign to benefit local elementary school in Tampa