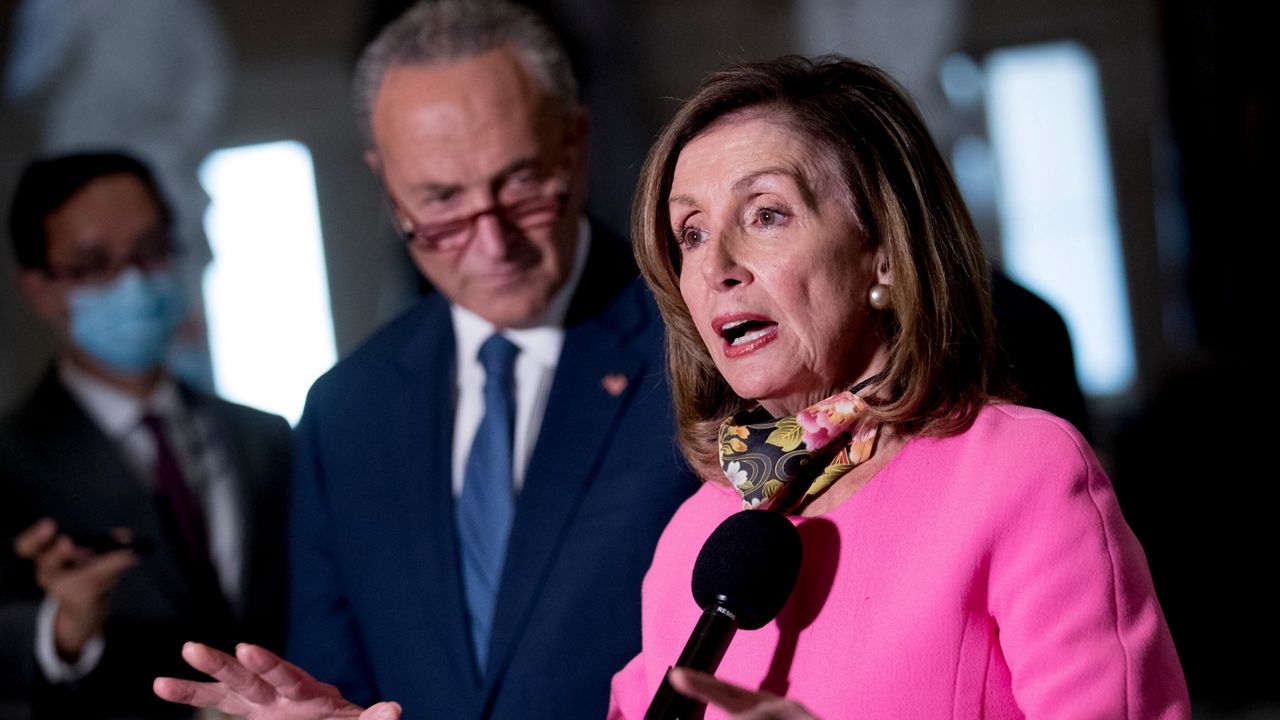 WASHINGTON — Though many lawmakers in Washington agreed that Americans need more help as the COVID-19 pandemic continues to drag on, it appeared that lawmakers couldn’t agree on a bipartisan plan.

On Saturday, President Trump took matters into his own hands, signing four executive orders aimed at relieving the economic burden caused by the coronavirus pandemic, including a payroll tax holiday and paying a supplemental federal unemployment benefit of $400 per week.

“We’re disappointed that instead of putting in the work to solve Americans’ problems, the President instead chose to stay on his luxury golf course to announce unworkable, weak and narrow policy announcements to slash the unemployment benefits that millions desperately need and endanger seniors’ Social Security and Medicare.”

Pelosi and Schumer are referring to President Trump’s extension of federal unemployment benefits at a reduced rate – $400 per week rather than the $600 unemployed Americans had been receiving.

“Furthermore, these announcements do nothing to increase testing, nothing to reopen schools, nothing to put food on the table for hungry families, nothing to prevent heroes being laid off across state and local government, nothing to protect the Postal Service or the integrity of our elections, nothing on many critical needs of the American people,” the statement reads.

“Democrats repeat our call to Republicans to return to the table, meet us halfway and work together to deliver immediate relief to the American people. Lives are being lost, and time is of the essence.”

The ongoing political impasse also puts the plan for another round of $1,200 stimulus checks on ice. That was one of the few measures on which most Democrats and Republicans agreed.