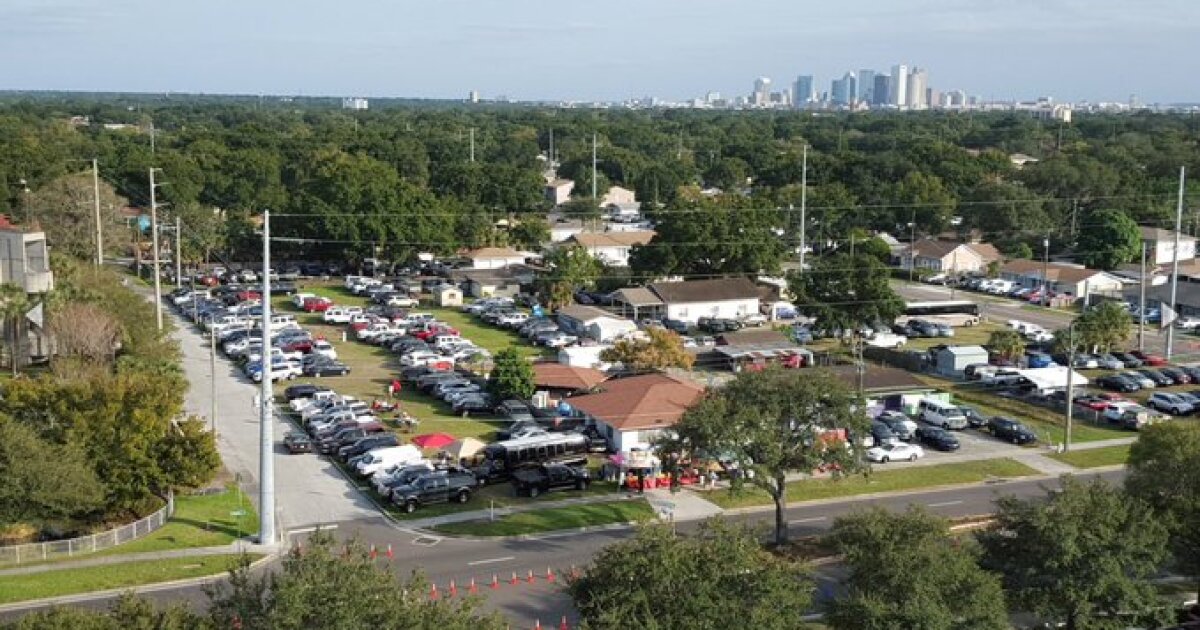 Game day is payday for neighbors near Raymond James Stadium who transform their property into a parking lot.

“All I remember is being out here in the road, with my grandfather, waving a flag to park cars,” said Manny Canasi.

Canasi’s home on North Glen Avenue has been passed from one generation to the next.

Since he was little, his family has always utilized big events around the corner as a way to earn a few extra bucks.

He and his wife fit up to 10 vehicles in their driveway and yard during concerts and home games for the Bucs and USF Bulls.

“We have friends with the family that has been parking here since the very beginning, that they have season tickets for that long,” said Canasi.

Just two-and-a-half weeks out from the start of the most-anticipated Bucs season yet, the team has announced Tom Brady and company will now have to march into an empty stadium.

One grassy lot on the corner of North Himes Avenue and West Heiter Street parks up to 150 vehicles.

It’s also a staple for tailgates.

“This is going to be a zero-revenue year for us if it continues the way it is through the rest of the year. It’s going to be a significant hit to the bottom line.”

Twenty-five other NFL teams are also starting the season without fans in the stands.

The Bucs stated Wednesday they hope fans will get their first chance at an up-close look at Tom Brady and the 2020 squad when they host the Green Bay Packers October 18.

The Bucs released the following statement on the team’s website:

“The Tampa Bay Buccaneers have determined that it is not yet time to reopen the gates of Raymond James Stadiums to their fans, even as a highly-anticipated 2020 season is about to begin.

On Wednesday, the Buccaneers announced that they will play their first two home games – against the Carolina Panthers on September 20 and the Los Angeles Chargers on October 4 – without fans in the stands. The Buccaneers hope those will be their only two games with empty stands, and that current COVID-19 pandemic trends will allow their fans to get their first up-close look at Tom Brady and the 2020 squad when they host the Green Bay Packers on October 18.

The Buccaneers have joined 25 other NFL teams in choosing to begin the season without fans in the stands. The team came to this decision after working closely for several months with local and NFL officials to chart the safest and most responsible course for returning to games with fans in attendance. The decision is ultimately a disappointing one, as the Buccaneers deeply want to play in front of their passionate fanbase, but one that adheres to public health guidelines and keeps safety as the top priority.

Further information about attendance at the other six home games and opportunities to purchase tickets for those contests will be available at a later date.”