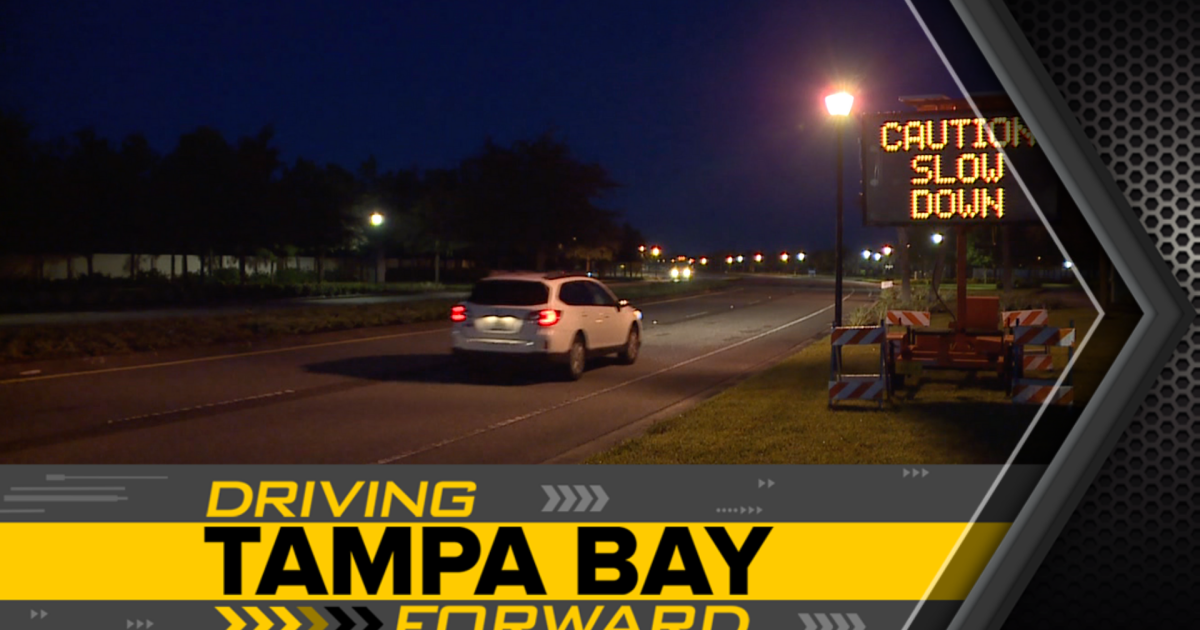 SUN CITY CENTER, Fla. — Parents with students who attend Belmont Elementary School in Sun City Center tell the ABC Action News Driving Tampa Bay Forward team they are concerned about a lack of crosswalks and school zone signage leading up to the campus.

Belmont Elementary School is brand new and located in the fast-growing area of South Hillsborough County. While the building is complete, parents said there are no assigned crossing guards, no crosswalks painted and no crosswalk signs anywhere.

The main road leading up to the campus is Paseo Al Mar, which is a four-lane road and the speed limit is 40 mph.

Buses used to pick up on Paseo Al Mar, but have changed their stops in order to stay off the main roads because cars fly by at 40+ mph and ignore the stopped buses, according to Kelly O’Banner, who contacted the Driving Tampa Bay Forward team.

“The speed limit alone is what is most concerning to me and it is kind of on a curve,” O’Banner said. “So, if people aren’t paying attention, it could creep up to them.”

She said the worst of the traffic issues are happening between 7 and 7:40 a.m. when the bell rings and after dismissal. However, O’Banner said traffic is worse in the morning during rush hour and it’s dark. While her own children would like to walk and bike to school, O’Banner is concerned about their safety.

“There was no information or no signs to notify anyone that there was a school right there,” she said. “Just seeing people fly way faster than even 40 miles an hour is a huge concern.”

ABC Action News contacted the Hillsborough County Sheriff’s Office to ask about the lack of crossing guards outside Belmont Elementary.

The sheriff’s team told us they actually have three deputies assigned to that school twice a day, both before and after school. But because the school it’s brand new, a survey must be conducted once school begins to determine how heavy the traffic flow is around school property, how many students typically walk to school, and ultimately, how many crossing guards are needed.

The survey is currently underway and happens with each new school. Once it’s complete, the sheriff’s office then has to hire crossing guards to fill those new spots, but for now, there are deputies serving in that role, according to Crystal Clark, Chief Communications Officer with the Hillsborough County Sheriff’s Office.

Additionally, HCSO has reached out to the county requesting that crosswalks be installed outside the school and signage put in place letting drivers know they are entering a school zone.

ABC Action News also reached out to Hillsborough County, who had staff drive out and see the problem in person.

County representatives now tell us they will be installing a four-way stop at Paseo Al Mar and Gate Dancer Road, the main intersection leading into the school’s campus. Also, they will be putting a temporary crosswalk in place. A permanent one will be installed once Hillsborough County can tear up the existing cobblestone.

Signs will also be installed letting drivers know they are approaching a school zone and deputies will be out there to help protect students, according to Chris Wilkerson with Hillsborough County.

Wilkerson said the temporary fixes should be put in place early this week.