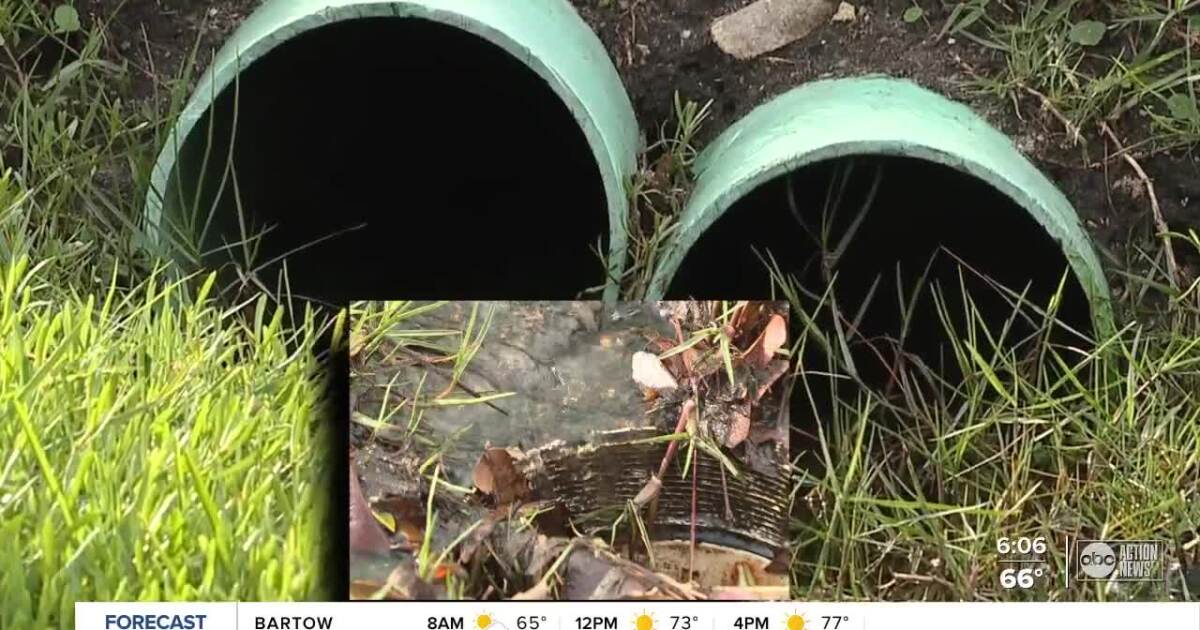 ST. PETERSBURG, Fla. — Florida is known for its beaches, sunshine, and temperamental weather during hurricane season.

In 2020, an extremely active radar put residents in the Twin Cities Mobile Home Park in St. Petersburg on another level of high alert.

The park currently sits in a low-lying area and serves as a sitting duck when heavy rain pours in when storms like Hurricane Eta approach.

Eta downgraded to a tropical storm when it made landfall, but for people like Erin Roth, the damage left behind was worse than what she experienced with Hurricane Irma in 2017.

Roth and her daughter evacuated their home before Eta hit.

“If you decide to leave and it’s too late you’re stuck,” Roth said.

Others, who didn’t want to risk leaving their animals and property, stayed. Crews with fire rescue were brought in with high raised vehicles and evacuated some residents.

Roth and her neighbors said the problem is the drainage system and the lack of an efficient one.

Her home sits about six units away from two drainage pipes at the end of the narrow street of the mobile home park.

Two green pipes sit mostly buried under the earth. They’re visible, but Roth said they do not drain like they should.

Over the years she has contacted the management company which has changed hands multiple times, but she said her concerns have fallen on deaf ears.

“They just tell us that they’re working on it,” Roth said. “Each different owner and management over eleven years.”

Claire Parker is their spokesperson. In a statement to ABC Action News she said:

“Twin Cities Mobile Home Park was purchased December 2020 and its new management looks forward to ensuring that residents can enjoy their homes in safety and comfort.
The Park has long experienced water management issues following heavy rains. As part of a commitment to upgrade and improve Twin Cities, upon acquiring the property the new owners set up meetings with contractors to formulate a plan to address landscape and drainage issues, and have already contracted for asphalt work on Park roads and renovations to amenity buildings.
While the company has only owned this property for one month, it has already spent tens of thousands of dollars to make dramatic improvements to the park, including replacing the siding on many resident homes at no cost to residents.”

The problem isn’t the sole responsibility of the mobile home park.

The drainage issue at the end of the mobile home park is just one aspect.

The Florida Department of Transportation, Pinellas County government, and Goodwill Industries, which neighbors the park, all share a piece of the problem.

Chris Ward is the Director of Marketing with Goodwill Industries and said people within the company have been working behind the scenes to find a remedy.

“It has been over a year that our facility’s department has been working with officials and trying to seek a solution,” Ward said.

Ward said the organization has hired engineers to take a deeper look at the problem and have requested site maps from the county.

Engineers assessed the 100-yards of drainage they share with the mobile home park and while it did appear clogged, Ward was told that clearing it won’t fix the problem.

“I’m sure it’s very frustrating. I can imagine it’s quite frustrating and it looks like nobody’s doing anything but we are trying to find a solution,” Ward said.

Another set of engineers were sent to the area by the Florida Department of Transportation.

A representative with them echoed Goodwill’s engineer team and said clogged drains were to blame, but Blake Lyon with Pinellas County said there’s another factor that is causing the flooding.

“This area will continue, despite all the drainage improvements, will continue to have some flooding impact because of the location,” Lyon said.

Lyon pointed out the mobile home park and its neighbors are in a low-lying, flood-prone area.

The county’s floodplain ordinance requires the homes be elevated at ten feet or above the base flood elevation or BFE.

The BFE for Twin Cities property is nine feet.

In order to raise it to current standards Roth would have to dig in to her own pocket to fix it. She’s already lost $2,000 worth of items from Eta. It is an added cost she can’t afford and moving is not an option.

As for her next move, Roth said, “I have no idea. Hope and pray for the best.”

It is a request that is at the mercy of engineers and mother nature.