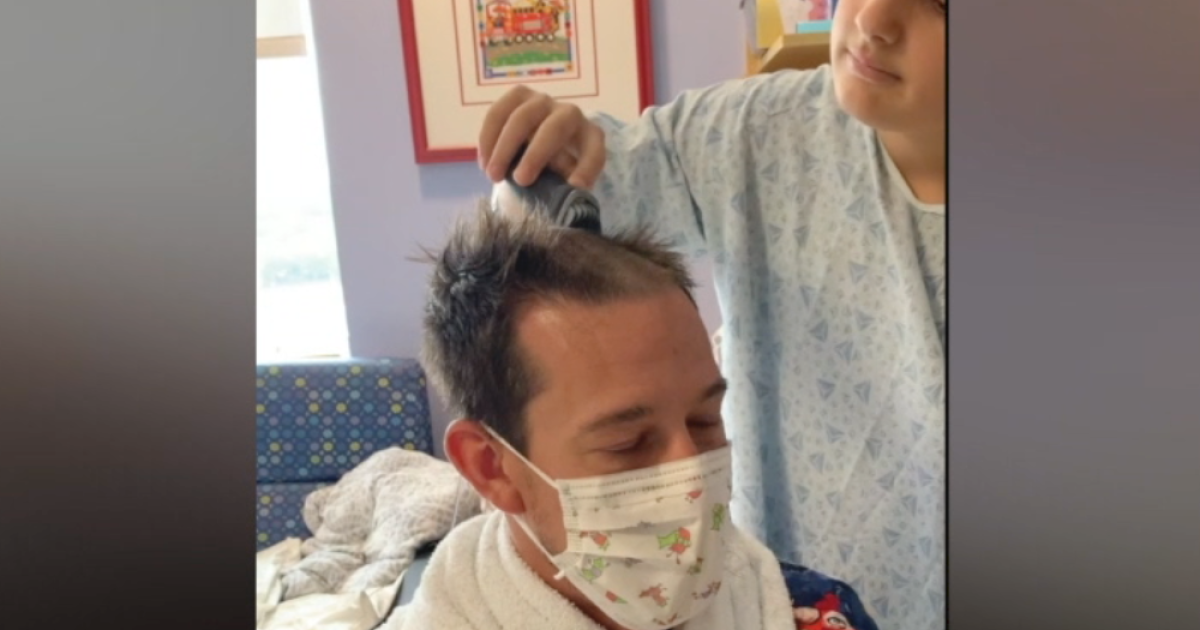 With Dylan, a 14-year-old boy battling myeloid leukemia, they bonded over something a little different.

“My hair was falling out and I didn’t want to shave it,” says Dylan.

The teen was losing his hair due to chemotherapy treatments. At one point, Dylan was wearing a hairnet to try and keep his treasured locks.

Nurse Daniel was ready to make a deal.

“I told him, ‘Listen, you gotta shave your head,’” smiles Simms. “I kind of floated an idea to see what he’d say.”

The idea? Shave each other’s heads in a sign of solidarity.

“There aren’t a lot of other boy nurses here,” says Dylan. “He’s nice. We have fun.”

The nurse was cool when Dylan revealed that he had shaved his head on his own.

Simms still kept up his end of the bargain. Dylan shaved his friend’s hair close to the dome.

The next time Daniel sees his patient, he is going to give Dylan a tip: a giant bag of Sour Patch Kids.

0 0 0 0
Previous : SPCA Tampa Bay sees spike in wildlife brought to its facility during the COVID-19 pandemic
Next : LIVE BLOG: Latest coronavirus updates for Monday, May 4