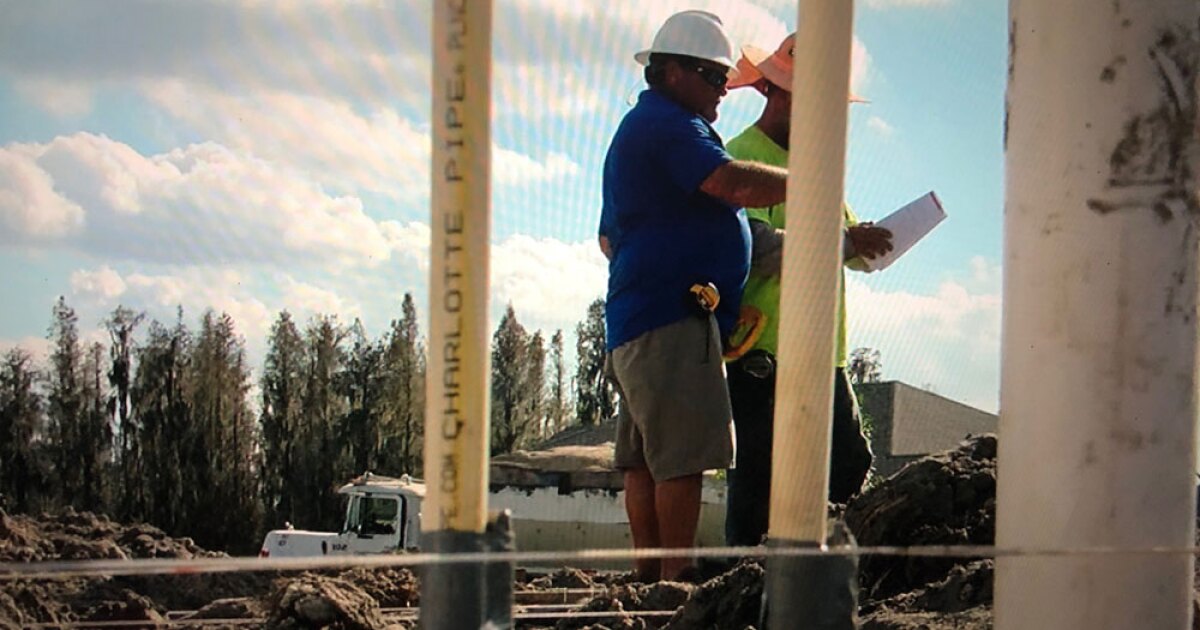 TAMPA, Fla. — There’s a new ordinance in the works that would push companies to hire apprentices if they want to do business with the City of Tampa. A local councilman hopes it will lead to an apprenticeship boom in the city.

Zach Lloyd is a first-year apprentice. He’s learning to become a crane operator under the watchful eye of the International Union of Operating Engineers Local 487.

“I think that apprenticeships are the future of the construction industry,” said Lloyd.

Once he completes the four-year program, he’ll be able to earn at least $70,000 a year plus benefits like a pension and family healthcare insurance. Along the way, Lloyd hasn’t paid a single dollar. Lloyd believes college isn’t for everyone and says high school counselors are at times ignorant of opportunities in trades-jobs to encourage their students to explore apprenticeships.

“Instead of paying bunches of money to go to college, they pay you to learn essentially. It’s really a no brainer,” said Lloyd.

“These programs provide a pathway to the middle class, a pathway to economic security for so many of our young people,” said Viera.

Viera is looking to introduce an ordinance that would either mandate or incentivize companies to take on state-certified apprenticeships, in order to win a city bid. Viera says he’s not steadfast between a requirement or strong encouragement, due to the ordinance still being in its infancy. So far, he’s put forth a motion asking the city attorney to speak with community stakeholders before eventually make more legally significant decisions within the language of the ordinance.

Also on the table is the minimum number of work hours the city would ask companies to dedicate to training apprentices. Viera says 10-15% is standard. The councilman says not every contract bid would fall under this ordinance. There would be a minimum cost threshold. He believes the apprenticeship policy would apply to contracts worth over $1 million. All these metrics are subject to change and debate until the ordinance gets a vote.

Viera thinks the coronavirus pandemic has created a bigger need than ever for alternative career springboards, like apprenticeships.

“This is a very, very important issue,” he said. “We have an economy right now that has a lot of our working people in Hillsborough County and Tampa in a lot of trouble.”

Viera hopes to have a draft ready by the end of this year or early 2021.

“I want to send a message to a lot of our young people that there is economic opportunity out there and my message is the City of Tampa should be encouraging that messaging through the contracting processing.”

Meanwhile, Adrian Lacey, an apprenticeship director with IUOE Local 487, says, should the ordinance eventually be approved, it would help with our aging trade workforce.

“We are very excited here. It’s a great opportunity. This is so big for Tampa Bay,” he said.

The IUOE is working with Viera to help pass the ordinance in Tampa, similar to what’s already in place in St. Petersburg and in Broward County.

“With a dire shortage of skilled construction workers here in Tampa and across the country, like the crane operators and heavy equipment operators who are currently re-shaping downtown Tampa’s skyline, we need to ensure that the next generation of workers receives excellent training for a career in the trades,” said Jim Junecko, business agent with the IUOE. “The future of the construction industry depends upon the investment we make right now into younger skilled trades workers.”

Across the Tampa Bay area, a similar ordinance in St. Petersburg has been challenged in court. Companies complained the apprenticeship requirement caused project delays and made it expensive and difficult for anyone to work with the city.

Viera says he’s very much aware of those complaints. He says he’s studying them and will work with the city attorney to avoid similar pitfalls. He vows, there will much discussion and debate with all sides involved before pen meets paper.