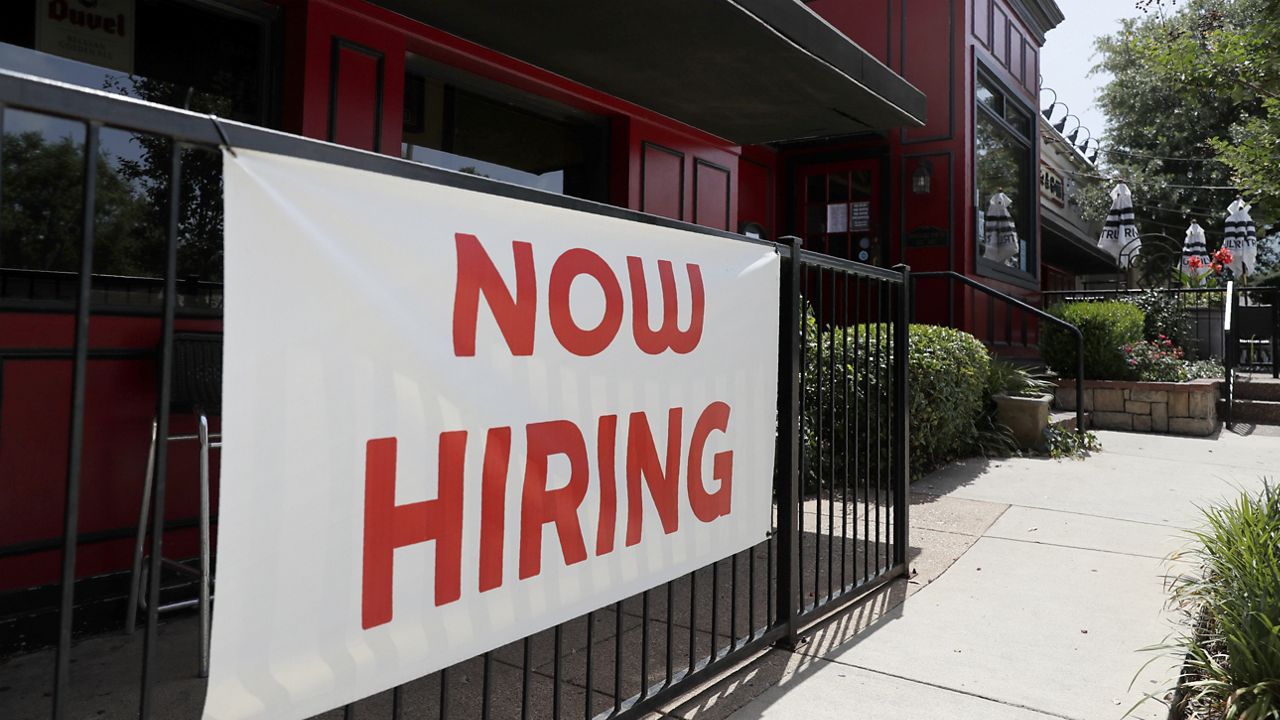 NATIONWIDE — New jobless claims fell below 1 million last week for the first time since March, breaking a 20-week streak that stretches back to the beginning of the coronavirus pandemic.

Applications for jobless benefits fell to 963,000, according to the Labor Department. This marks the second drop in a row, down from 1.2 million the week prior. The decline suggests that layoffs are slowing, though last week’s figure still exceeds the pre-pandemic record of just under 700,000.

The pandemic, the shutdowns that are meant to fight it and the reluctance or inability of many people to shop, travel or eat out are continuing to weaken the economy and force companies to cut staff. Twenty-three states have paused or reversed their business re-openings. In a hopeful sign, the rate of new confirmed viral cases has declined in the past couple of weeks, though it remains far above the rates that prevailed in May and June.

Fewer people are also receiving state jobless aid, down to 15.5 million from 16.1 million the week before.

For months, people who are unemployed had received the $600 a week in federal jobless aid on top of their state benefit, but the federal payment has expired. Negotiations collapsed in Congress to extend benefits, forcing President Trump to take action with a series of executive orders.

Trump’s orders, which only guarantees $300 a week in additional payments, may take weeks to implement, according to experts.

The supplemental federal aid had enabled many jobless Americans to afford rent, food and utilities, and its expiration threatens to weaken consumer spending and further slow the economy. Unemployment benefits have accounted for roughly 5% of national income since April, a larger share than even Social Security. The loss of the $600 has shrunk benefits for the average recipient by one-half to three-quarters.

Michelle Meyer, an economist at Bank of America Merrill Lynch, told the Associated Press that the loss of the additional aid will reduce Americans’ incomes by $18 billion a week.

“That’s a big hit to purchasing power,” she said.

In addition to people who applied last week for state benefits, nearly 489,000 others sought jobless aid under a new program that has made self-employed and gig workers eligible for the first time. That figure isn’t adjusted for seasonal trends, so it’s reported separately.

But including that group, the Labor Department says 28.2 million people are receiving some form of unemployment benefits, though that figure may be inflated by double-counting by some states.

For states to set up systems to distribute a new $300 federal jobless benefit, their labor departments would need more guidance from the federal government, Michele Evermore, a senior researcher at the National Employment Law Project, noted to the Associated Press. The money, which is supposed to come from a federal disaster relief fund, would likely require states to hire more people and possibly contract with software vendors to establish a system to process the payments, Evermore said.

“I can’t imagine that this goes up in less than a month anywhere,” she said.

After the pandemic hit, Congress approved a $2 trillion aid package. Among other things, it provided the $600-a-week benefit and made self-employed and gig workers newly eligible for unemployment aid.

0 0 0 0
Previous : Hispanic Outreach Center Racing Against the Clock to Make Sure Everyone Gets Counted on the Census
Next : Is it safe to drink from a fountain during the pandemic?