Potential Tropical Cyclone Nine continues to move westward into the Caribbean, and it is expected to strengthen into a tropical storm as soon as Wednesday. Tropical storm warnings now extend all the way to the Bahamas.

Potential Tropical Cyclone Nine has had some trouble developing into an organized system, but it is expected to become more defined on Wednesday as it quickly moves through the eastern Caribbean. 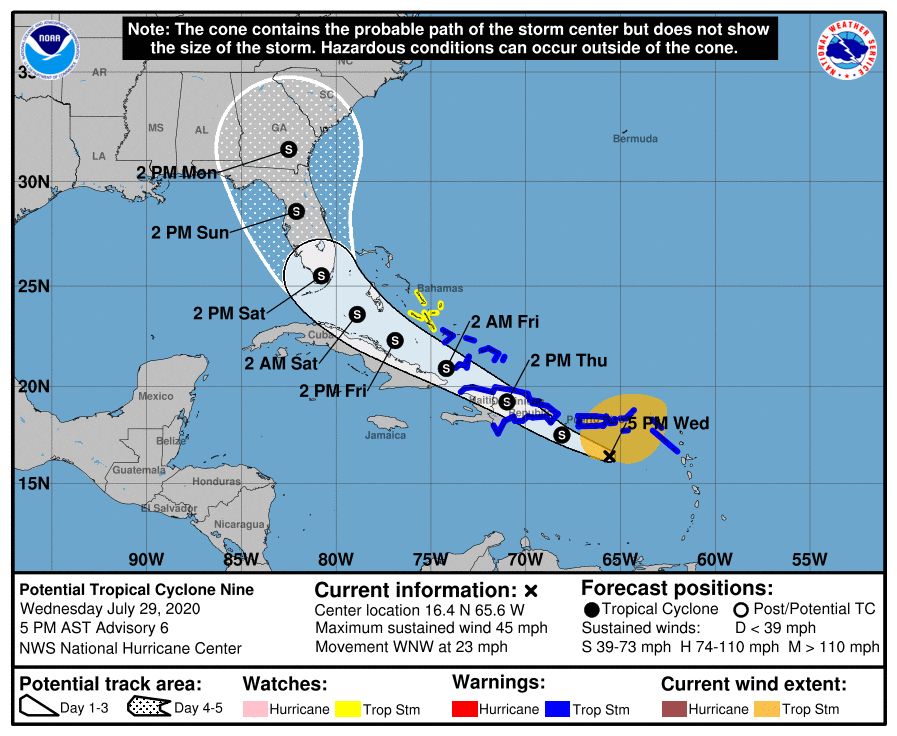 Forecast cone for Potential Tropical Cyclone Nine over the next five days.

A Potential Tropical Cyclone means, in part, that the National Hurricane Center believes the storm has a high probability of turning into a tropical cyclone, and forecast cones, tropical alerts and more can be issued before a tropical cyclone officialy develops.

If you’re wondering how exactly Isaias is pronounced, here’s a detailed guide on how to properly say it (along with all the other 2020 Atlantic storms.

As of Wednesday afternoon, the poorly-defined center of Potential Tropical Cyclone Nine had passed the Leeward Islands and entered the Caribbean Sea.

The spaghetti models, a suite of computer forecast models overlayed on a map, show the storm is likely to gradually turn north as it moves westward across the Atlantic. 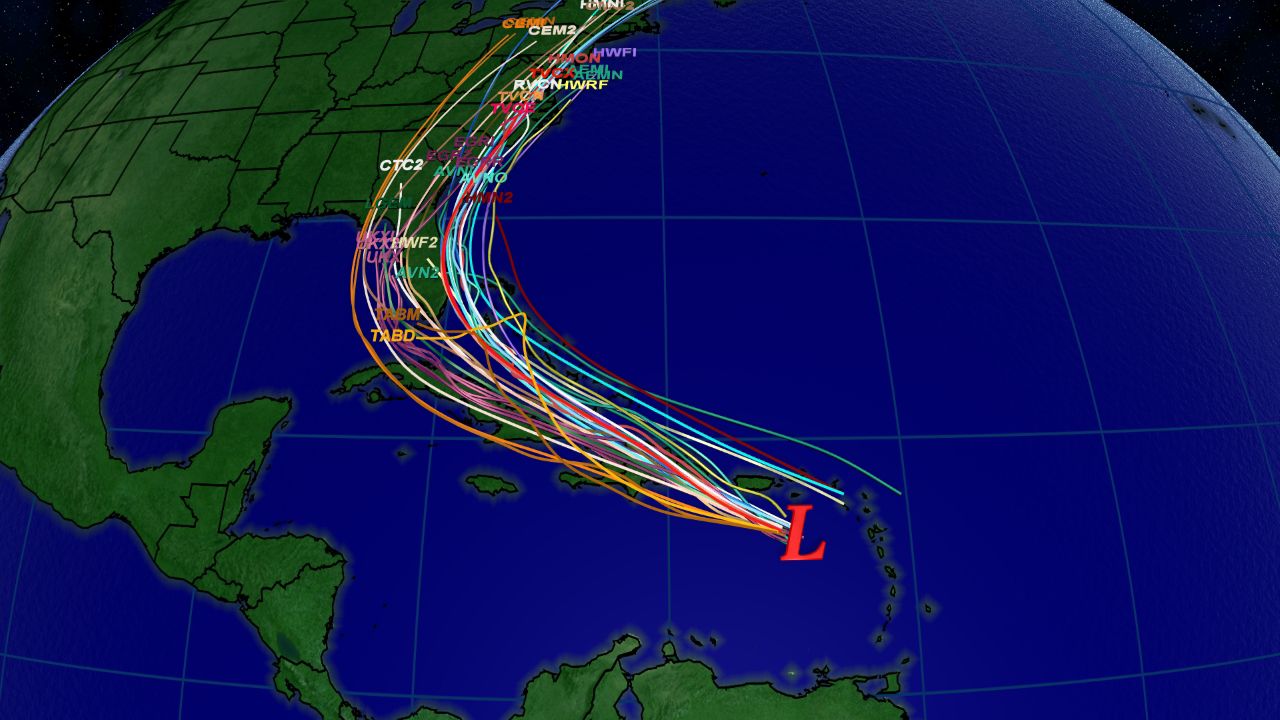 Tropical storm warnings are in place for much of the Caribbean, including the islands of Puerto Rico, U.S. and British Virgin Islands, Anguilla, St. Martin, St. Barthelemy, Saba and St. Eustatius, St. Maarten, the Dominican Republic, Haiti, Turks and Caicos, and the southeastern Bahamas.

Most computer forecast models show the storm slowly strengthening into a tropical storm on Wednesday, although the long-term forecast is still highly uncertain. The track will depend on where exactly the center of the system forms, and how much it interacts with islands will affect its strength.

So many people knock the GFS, but it’s very similar to the Euro and is initializing well today. Ensemble plots from both show a similar scenario of a weak storm near Florida late this weekend #FLwx #Isaias pic.twitter.com/8x84v3BBxw

The current forecast cone shows the potential for a landfall on Florida this weekend. Interests in Florida and throughout the southeastern U.S. should be closely monitoring this system.