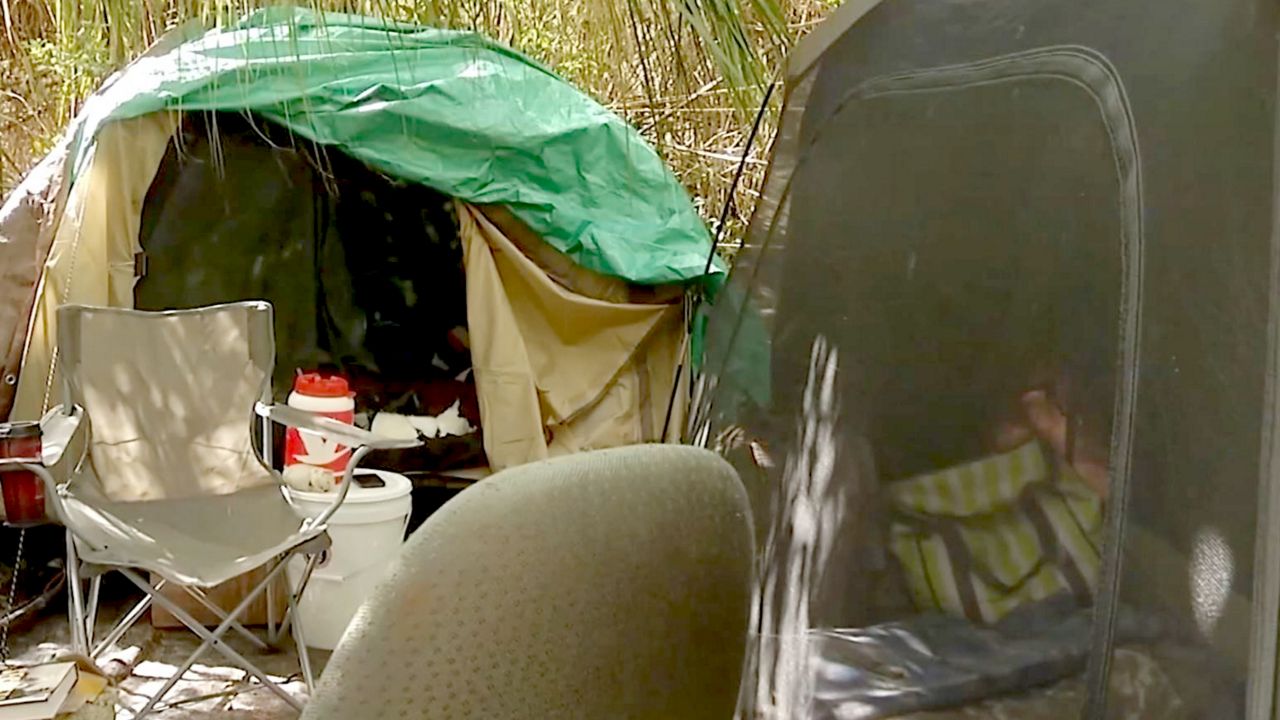 NEW PORT RICHEY, Fla. — Hundreds of homeless people in Pasco County may soon be off the streets thanks to what the head of the county’s homeless coalition calls a coming “housing surge.”

“We have unprecedented funds coming into the county in a way that we’ve never seen before,” said Coalition for the Homeless of Pasco County CEO Don Anderson.

County commissioners approved a plan Sept. 8 to use a $3.8 million U.S. Dept. of Housing and Urban Development grant to address homelessness in the county.

The grant is funded by CARES Act money, which county documents state are meant to “prevent, prepare, or respond to COVID-19.”

The Centers for Disease Control and Prevention’s “Vaccination Program Interim Playbook for Jurisdiction Operations” lists people experiencing homelessness or living in shelters as one of the critical populations at increased risk of acquiring or transmitting the virus.

While homelessness is not a new issue in the county, Anderson said the pandemic hasn’t helped.

“Even from a visibility perspective, we’re seeing more individuals on the streets at this time, and I think once the moratorium on eviction ends, we expect to see an uptick in this,” Anderson said.

The Pasco CARES money is meant to help house 225 individuals and families in 180 days.

“If our homeless population is somewhere between 700 to 800, this will give us the opportunity to take almost a third of those individuals and families off the streets,” said Anderson.

Anderson said members of the county’s continuum of care will work to identify the county’s homeless and assess their risk level.

They’ll generate a list taking that risk into account and connect them with housing based on that. Costs such as first and last month’s rent, security deposits, and, in some cases, rent for a period of time will be covered by the funding.

“There will be case management throughout this with wraparound services to make sure these individuals and families moving from homelessness into a home can be successful,” said Anderson.

During those same 180 days, Anderson said the coalition and its partners will also work to identify 100 families at risk of homelessness and see what they can do to help them stay in their residences.

According to Anderson, 175 residential units across the county have been identified so far as good fits for the effort.

He said they’re also working to build relationships with landlords in the county. A fund is being created that can be used to pay landlords back in case any damage is caused by program participants.