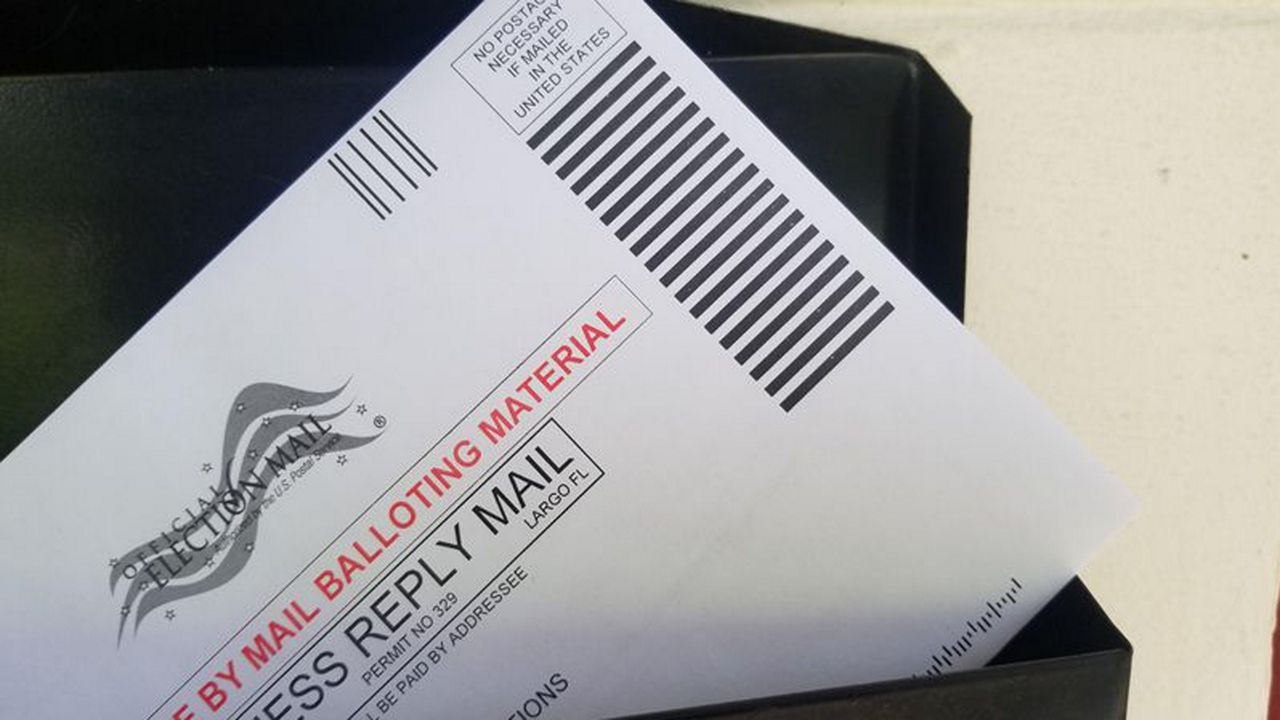 This story is reported by Tampa Bay Times, a Spectrum News partner.

Democrats have taken the lead in the number of mail ballots cast so far, a reversal in the historic vote-by-mail edge held by Republicans.

Nearly 960,000 Democrats have voted by mail as of state data through Thursday, compared with more than 670,000 Republicans. Additional mail ballots cast by minor party or no-party-affiliated voters has brought the total mail ballots cast to 1.9 million.

Early voting runs through Sunday in some counties, and turnout is generally higher closer to the day of the election.

It’s unclear how turnout will look on Tuesday amid the coronavirus pandemic.

Elections officials, political parties and others have been aggressively promoting mail ballots in recent months as a safe alternative to in-person voting amid the coronavirus pandemic. That pull toward mail voting has particularly resonated with Democrats and no-party-affiliated voters this year, said Daniel Smith, a political science professor at the University of Florida.

In part, that’s because attacks on mail voting by President Donald Trump appear to have deterred some Republicans from that voting method. Trump, who himself has voted by mail, has repeated an unfounded claim that expanded mail voting opens up a “tremendous potential for voter fraud.” Experts say fraud is rare. Trump has also made comments that appear to signal his concern that greater access to voting by mail could increase turnout and aid Democrats. On Thursday, he made comments that seemed to confirm that his opposition to additional funding for the U.S. Postal Service was tied to making it more difficult to expand vote-by-mail operations this year.

Possibly recognizing that his comments on mail voting might be hurting Republican turnout in the Sunshine State, Trump abruptly singled out Florida this month and said its vote-by-mail system was “safe and secure.”

Democrats in Florida have a more than 660,000-voter advantage to Republicans in the number of requested mail ballots so far, with less than three months before the all-important November general election.

Tampa resident Meri Lee Tranthem, 77, said she decided she didn’t want to take a chance with voting by mail for the August primary.

Tranthem, a Republican, cast her ballot at an early voting site this week. She said she’d considered voting by mail, but then started worrying about the ballot getting lost or not counted — and about fraud. She said comments by the president validated those concerns.

Tranthem said she felt safe going to the early voting site, and that she was able to vote quickly.

Pinellas County is seeing similar trends. So far, nearly 140,000 voters have cast ballots by mail, more than the total number of mail ballots cast during the 2018 primary. About 1,800 residents have voted at one of its three early voting sites, a decrease from the same period in 2018.

Dustin Chase, spokesman for the Pinellas County Supervisor of Elections Office, said he thinks Tuesday voting may be “kind of low,” given the numbers of people who have already voted. But, he added, “your guess is as good as mine because enthusiasm is kind of high right now.”

“This election will be an interesting predictor of what we’re to expect in the general election,” Chase said.

Certainly, a primary election is a much different animal than a closely watched general election, particularly in a presidential year. But the August primary could provide some indication of voter enthusiasm ahead of November’s election. And it can act as a test run for elections officials, parties, campaigns and others as the pandemic has altered the way elections look and feel this year.

Shirley Anderson, supervisor of elections in Hernando County, said she’d expected slow early voting but had hoped to see more mail ballots returned at this point for her county. Voters in her county have requested more than 44,000 mail ballots and returned about half so far.

Pasco County has had more than 47,000 mail ballots returned, a jump from about 34,000 people who voted by mail in the primary two years ago. Supervisor Brian Corley said that comparing 2020 primary numbers to 2018 is “apples to oranges” because this is a presidential election year.

Early voting runs through Saturday in Pasco and Hernando counties and through Sunday in Pinellas and Hillsborough counties. Mail-in ballots must be received by elections offices by 7 p.m. on the day of the primary, which is Tuesday, August 18.