MEXICO CITY — An elevated section of the Mexico City metro collapsed and sent a subway car plunging toward a busy boulevard late Monday, killing at least 23 people and injuring about 70, city officials said. Rescuers searched a car left dangling from the overpass for hours for anyone who might be trapped.

As of early Tuesday morning, emergency responders continued to work on the collapse, with authorities urging the public to avoid the area and stay informed for updates from official sources rather than spreading rumors.

“We don’t know if they are alive,” Mayor Claudia Sheinbaum said of the people possibly trapped inside the car following one of the deadliest accidents in the city’s subway system, which is among the busiest in the world. Sheinbaum said that officials will provide further updates on Tuesday, and an structural investigation of the entire train line is underway.

Earlier, Sheinbaum said one person was trapped beneath the rubble, but was pulled out alive. She noted that no other people were trapped.

She said 49 of the injured were hospitalized, and that seven were in serious condition and undergoing surgery. Authorities released a preliminary list of those injured and transferred to hospitals early Tuesday.

“There are unfortunately children among the dead,” Sheinbaum said, without specifying how many.

The overpass was about 16 feet above the road in the borough of Tlahuac, but the train ran above a concrete median strip, which apparently lessened the casualties among motorists on the road below. 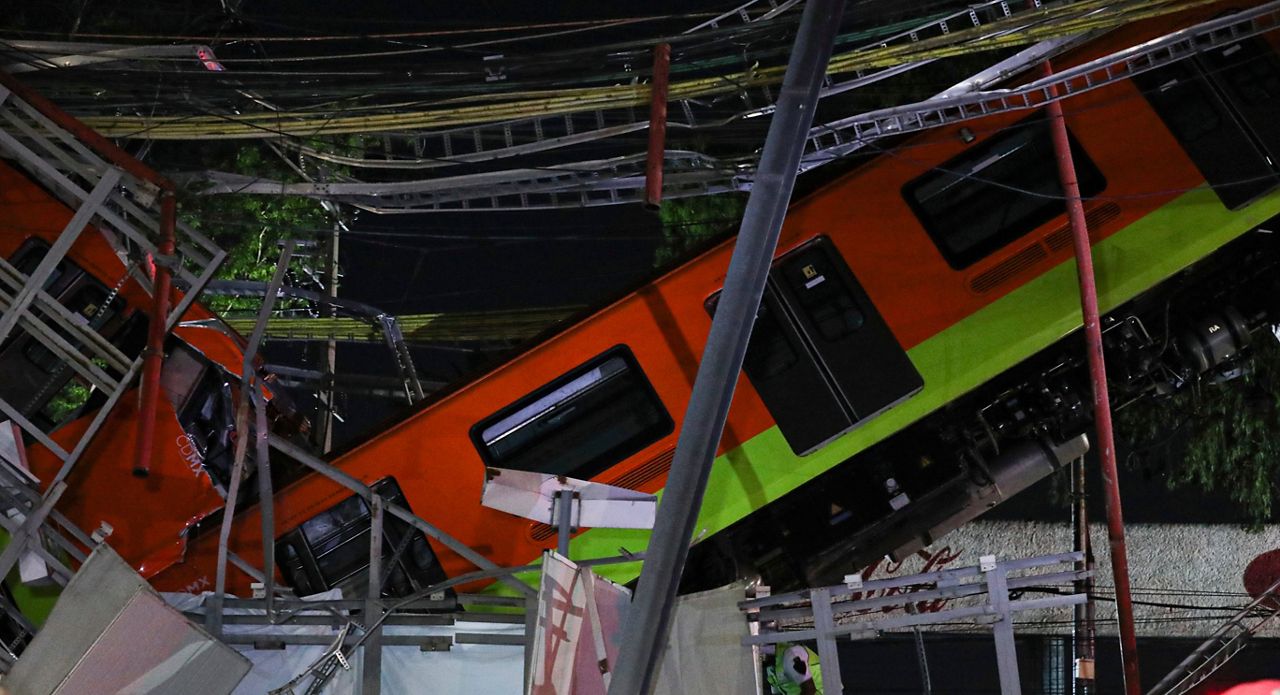 “A support beam gave way” just as the train passed over it, Sheinbaum said.

The Mexico City Metro has had at least two serious accidents since its inauguration half a century ago. In March of last year, a collision between two trains at the Tacubaya station left one passenger dead and injured 41 people. In 2015, a train that did not stop on time crashed into another at the Oceania station, injuring 12.

Hundreds of police officers and firefighters cordoned off the scene Tuesday as desperate friends and relatives of people believed to be on the train gathered outside the security perimeter. Despite the fact that the coronavirus situation remains serious in Mexico City, they crowded together as they waited for news. 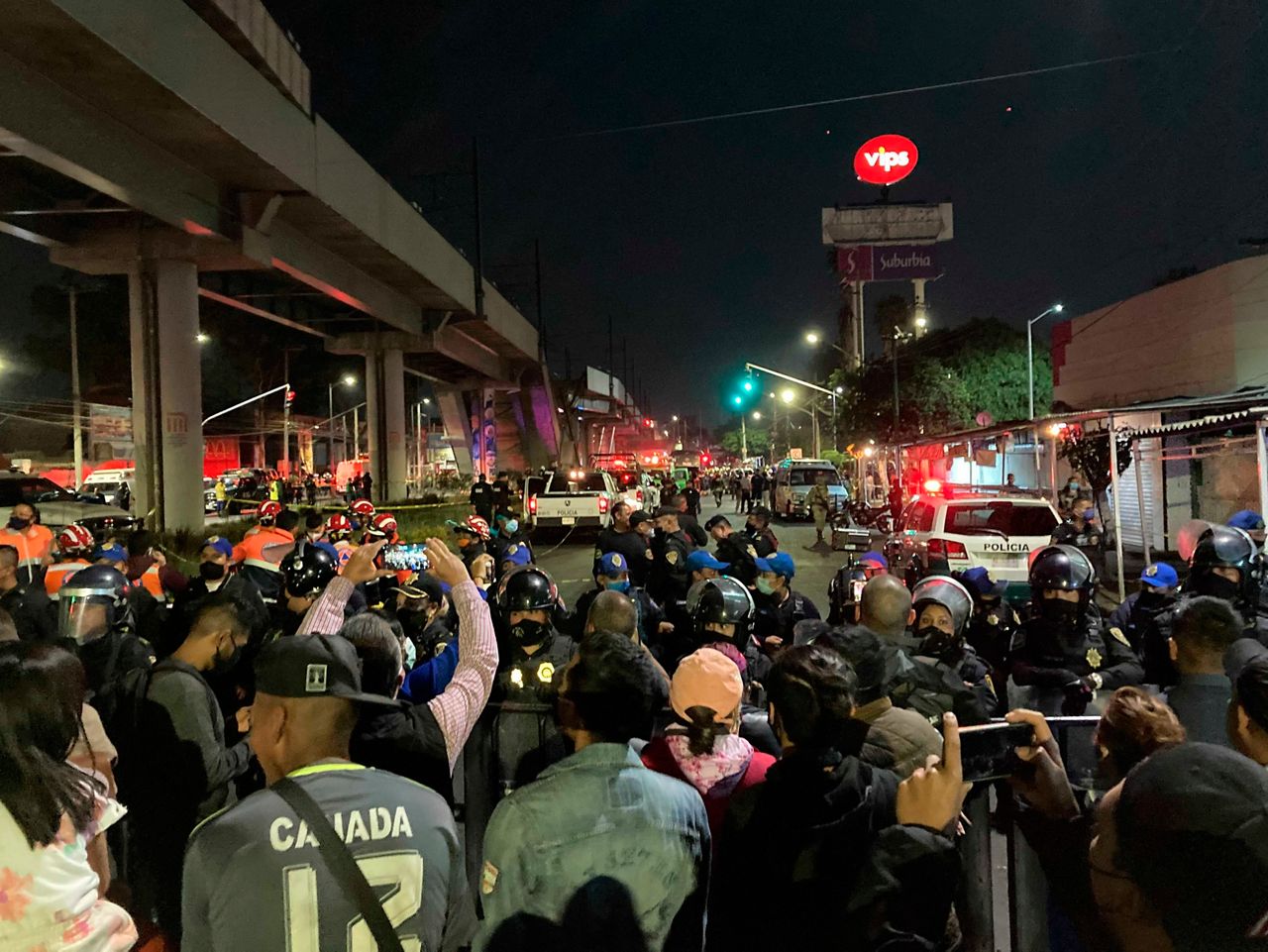 Adrián Loa Martínez, 46, said that his mother called him to tell him that his half-brother and sister-in-law were driving when the overpass collapsed and that beam fell onto their car.

He said that his sister-in-law was rescued and sent to a hospital, but that his half-brother José Juan Galindo was crushed and he feared he was dead. “He is down there now,” he told journalists pointing toward the site. 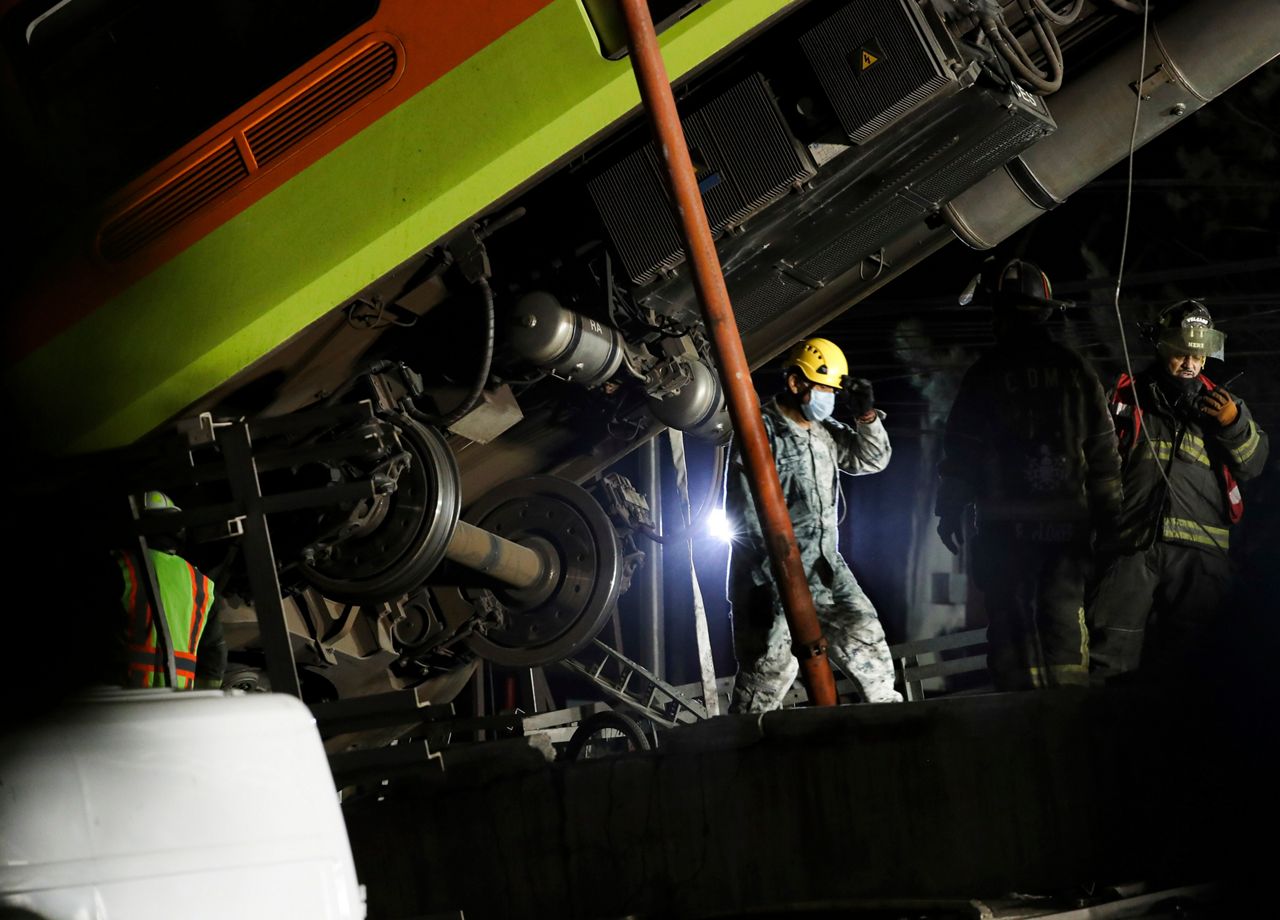 Gisela Rioja Castro, 43, was looking for her husband, 42-year-old Miguel Ángel Espinoza. She said that her husband always take that train after finishing work at a store, but he never got home and had stopped answering his phone. When she heard what has happened, she immediately feared the worst but has gotten no information from the authorities.

“Nobody knows anything,” she said. 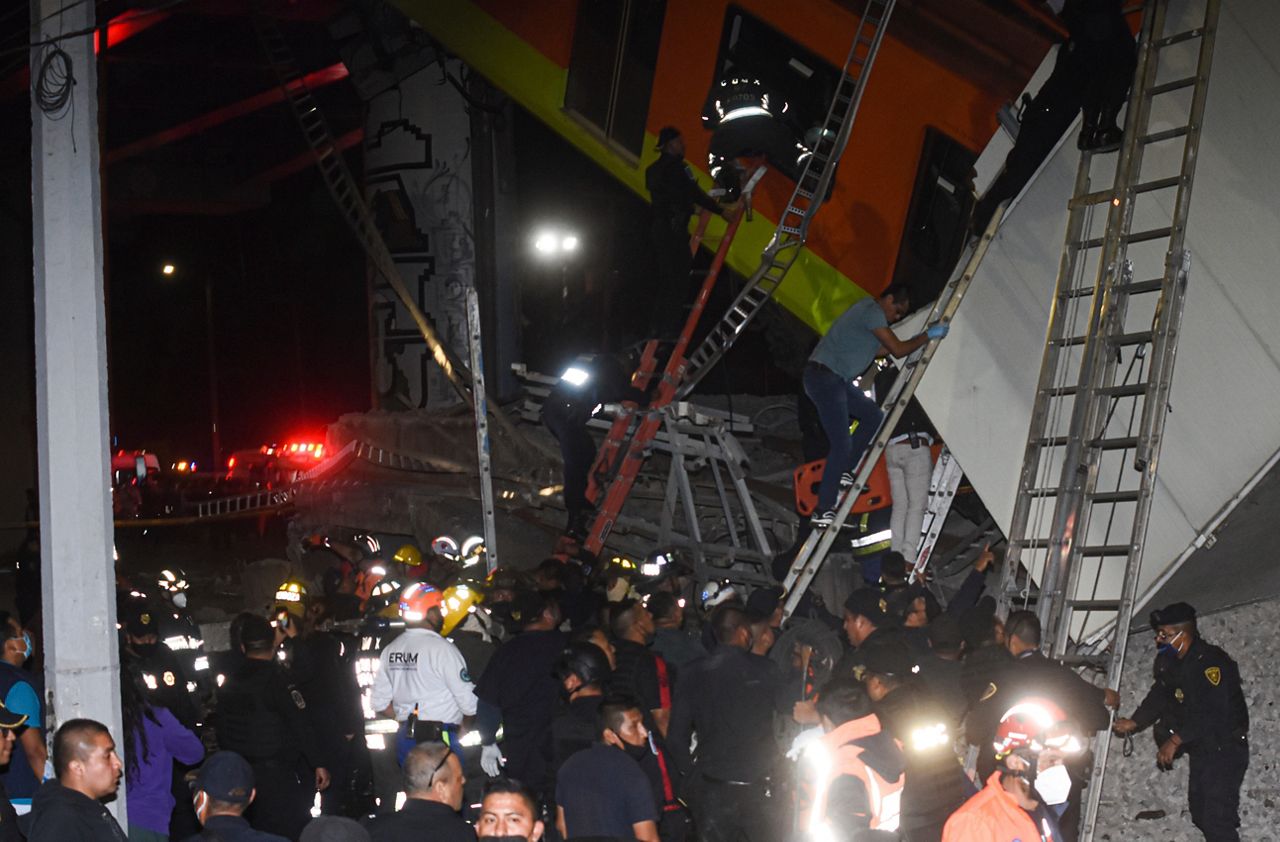 The collapse occurred on the newest of the Mexico City subway’s lines, Line 12, which stretches far into the city’s south side. Like many of the city’s dozen subway lines, it runs underground through more central areas of the city of 9 million, but then runs on elevated concrete structures on the city’s outskirts.

The collapse could represent a major blow for Mexican Foreign Relations Secretary Marcelo Ebrard, who was Mexico City’s mayor from 2006 to 2012, when Line 12 was built. Allegations about poor design and construction on the subway line emerged soon after Ebrard left office as mayor. The line had to be partly closed in 2013 so tracks could be repaired.

Ebrard wrote on Twitter: “What happened today on the Metro is a terrible tragedy.”

“Of course, the causes should be investigated and those responsible should be identified,” he wrote. “I repeat that I am entirely at the disposition of authorities to contribute in whatever way is necessary.”

It was not clear whether a 7.1-magnitude earthquake in 2017 could have affected the subway line.