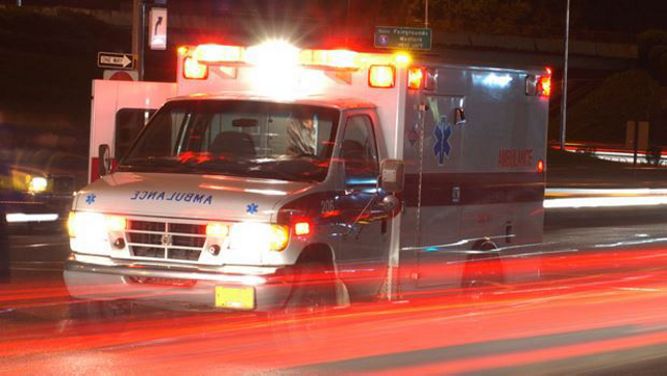 DAYTONA BEACH, Fla. — A 55-year-old man walked into a library branch, went to the children’s section and, unprovoked, stabbed an employee in the face with a pair of scissors Tuesday, Daytona Beach Police say.

Burman P. Bedford of New Smyrna Beach is facing a felony charge of aggravated battery with a deadly weapon.

First responders rushed to the Volusia County regional library branch at 105 E. Magnolia Ave., Daytona Beach, after receiving a 911 call just before noon. When they got there, they said they found a 63-year-old woman with multiple cuts to her arms and face and a severe eye wound.

They also found Bedford at the scene, where he was taken into custody.

Investigators say he briefly greeted the woman before attacking her with the scissors in his hand. They said security footage shows Bedford’s attack appeared to be unprovoked, and they have yet to determine a motive.

The woman was transported to Halifax Health Medical Center, and she’s expected to survive the attack.

UPDATE: The library will remain closed for the rest of the week. County leaders visited the victim in the hospital and say she is in good spirits, given the circumstances @MyNews13 #News13Volusia

“She was in good spirits given what she has been through,” Volusia County Manager George Recktenwald said in a news release.

“This was such an unbelievably senseless and brutal act,” Recktenwald said. “Our immediate concern is for the welfare of our employees — the victim herself as well as our other employees who were understandably shaken up by the incident.”

Bedford is being processed for entry into Volusia County Jail.

The library branch will be closed for the rest of the week, officials said.

0 0 0 0
Previous : $12M Settlement for Breonna Taylor’s Family Is “Only The Beginning”
Next : Tampa Bay Heroes Roll Out to Help After Hurricane Sally