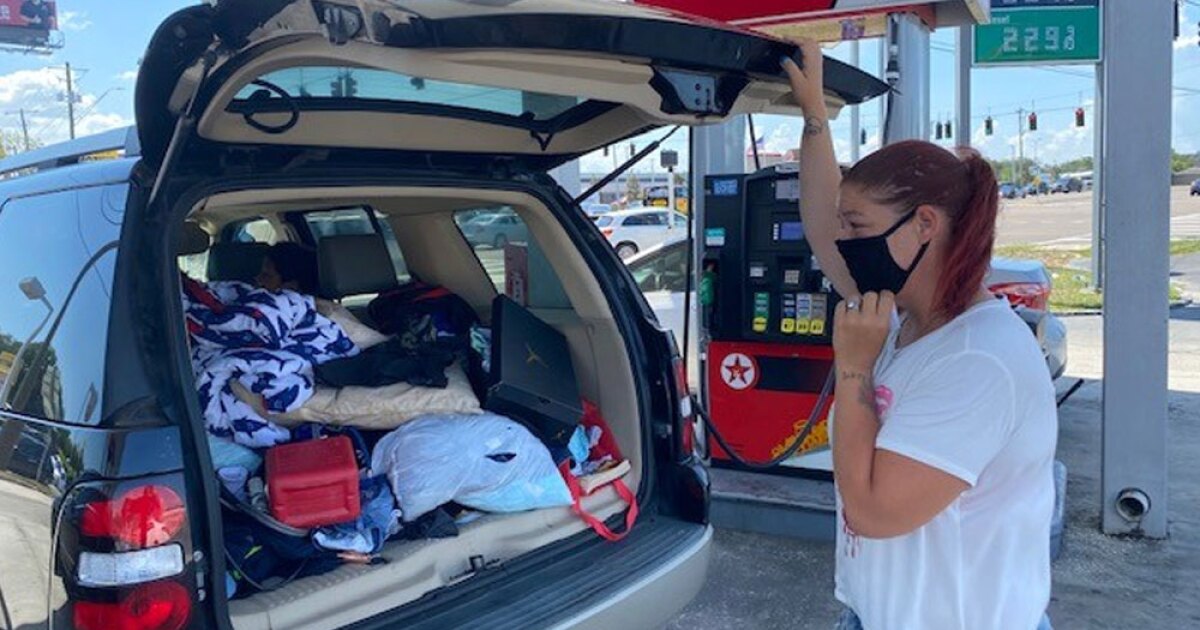 TAMPA, Fla. — As local officials brace for a spike in homelessness when the state temporarily suspending evictions expires Sept. 1, ABC Action News found some families already falling through the cracks.

Taking Action Reporter Jackie Callaway contacted Hillsborough County officials after hearing from one family who ended up living in their SUV in a parking lot behind a McDonald’s.

Renae Reynolds said she and her two boys – ages 9 and 14 – wound up sleeping in her vehicle after spending their last $500 on a rental deposit at a Seffner mobile home park, but she and her children still hadn’t been able to move in on the day ABC Action News met with her.

Taking Action Reporter Jackie Callaway contacted the park manager, who said in an email, “A unit was ready for her to sign a lease on, however, she did not have the required funds to pay for her complete move in at that time… We typically leave the money on file until the next available unit comes open…”

ABC Action News reached out to Hillsborough Homeless Services, which put the family up in a hotel room the same day we reached out and also arranged for longer-term shelter.

Felicia Crosby-Rucker of Hillsborough Homeless Services said the agency recently received $20 million in state and federal funds to help get people off the street during the pandemic.

“The ultimate goal is to bring all the partners together, put all the resources on the street and be able to really reduce the homeless population in Hillsborough County,” said Crosby-Rucker.

Hillsborough County has also launched a separate program to prevent more families from ending up on the street once the governor’s temporary suspension of evictions expires Sept. 1.

Crosby-Rucker describes it as “a prevention program to help people who are at risk of being homeless helps with their mortgage, rental and utility assistance as well.”

Housing experts advise potential renters to never give a deposit on a rental home unless the terms of the lease are clear and in writing about how much money is expected upfront. If you or someone you know is facing homelessness, you can call 2-1-1 and ask to be connected with homeless housing services.

0 0 0 0
Previous : Freshmen students move into the dorms at Saint Leo University
Next : US intercepts Venezuela-bound aircraft loaded with firearms