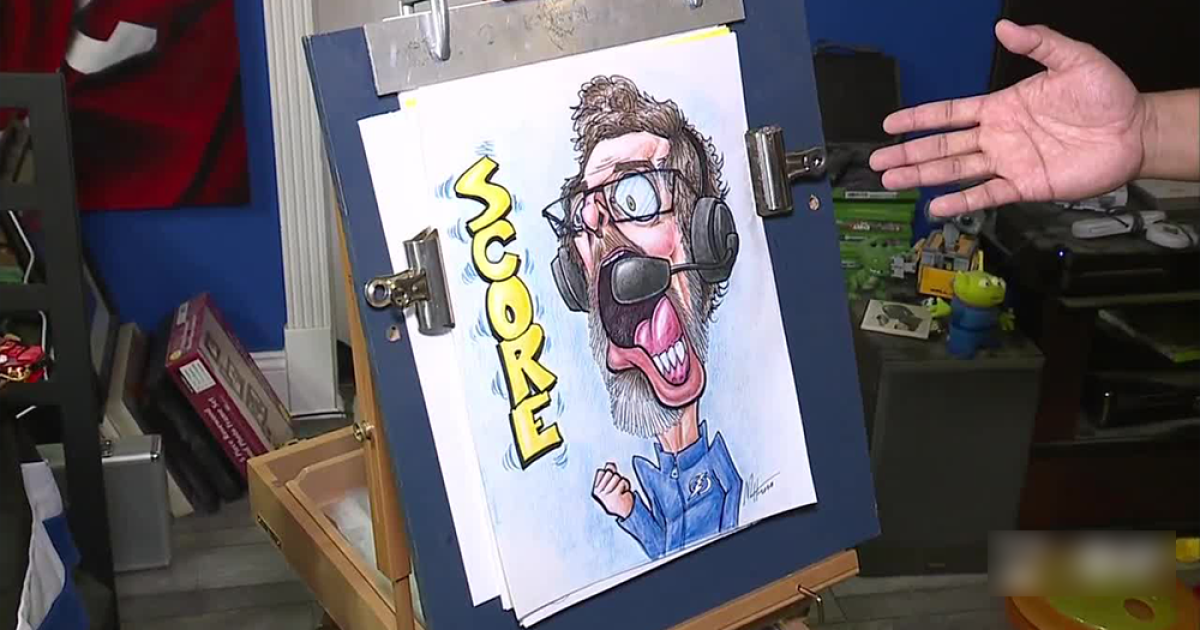 TAMPA, Fla. — Marlon Huynh has been a Tampa Bay Lightning fan since the start. So like many others, watching the team win the Stanley Cup was a big deal.

“Just my heart was in my throat, just waiting for that last second to go,” he said.

By trade, he’s a caricature artist. So just a few days before the big win, he captured some of the emotion with a caricature drawing of Lightning broadcaster Dave Mishkin, he said as a way to pass the time.

“They’ve reached the top of the mountain! They are the Stanley Cup champs!” Mishkin can be heard shouting in a video posted by the Lightning on Twitter.

“Just every time he says, ‘Score!’ it’s the same expression and I decided to capture that,” said Huynh.

He says it started gaining attention on social media, so he’s decided to sell prints of the drawing and donate ten percent of the profits to the Lightning Foundation for purchases made until October 14.

Elizabeth Frazier, the executive director of the Lightning Foundation wrote in a statement:

“Marlon Huynh’s caricature of Dave Mishkin does a wonderful job of capturing the passion and spirit of Dave for the Tampa Bay Lightning, and especially when the team scores goals on the ice. We are so grateful that Marlon is donating proceeds of his sales back to the Lightning Foundation. Dave and his family volunteer regularly in the community, and using the platform of the great game of hockey to give back is very much who they are as a family; so it is only fitting that this caricature that captures Dave so artfully on paper also captures his spirit of giving back to the Tampa Bay community he calls home. Thank you, and GO BOLTS”

The piece is one of many Huynh has made over the years. His walls are filled with his personal pieces of artwork, of players and coaches, some even signed by their subjects.

“Just being here watching the game, it was just exciting to see them finally get it again after 16 years,” he said.

0 0 0 0
Previous : “It’s Hard To Get a Word in:” Five Takeaways From a Chaotic First Presidential Debate
Next : Blake Snell sharp as Rays beat Blue Jays 3-1 in playoff opener