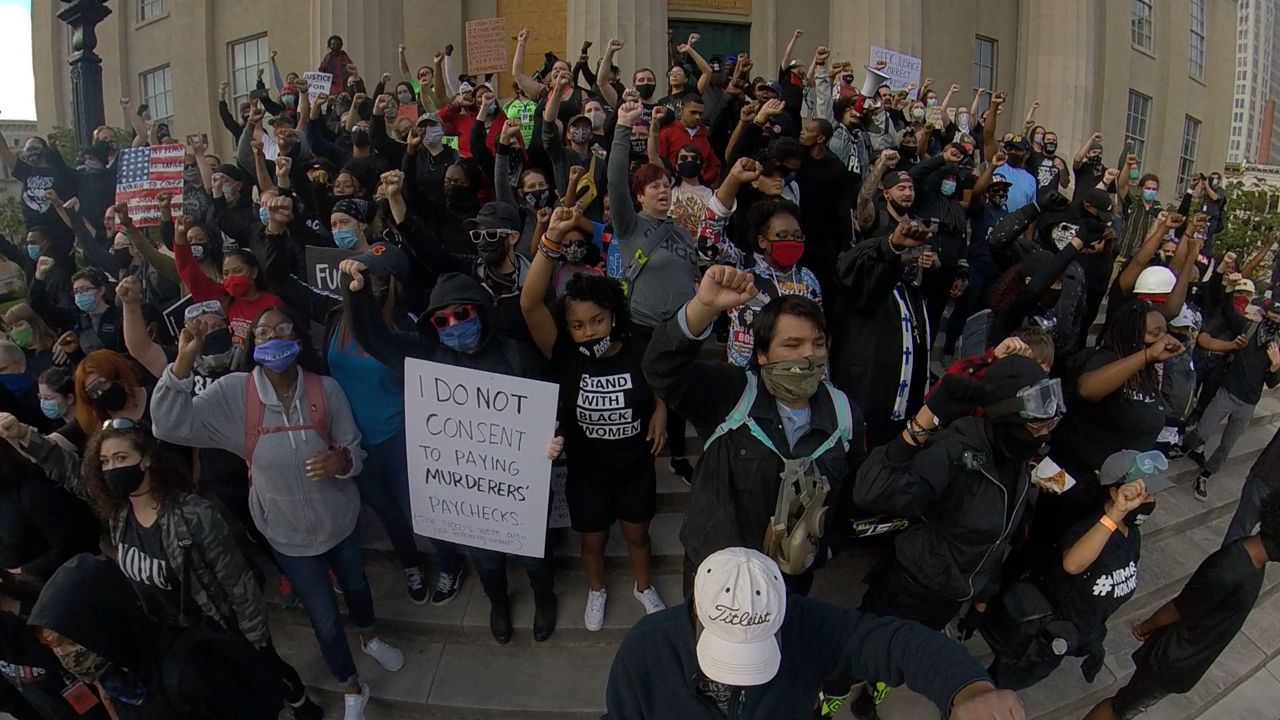 The park has been the epicenter for protesters since the movement began in May. Wednesday night 127 people were arrested in Louisville.  According to Louisville Metro Police, 71 of those arrested were from Louisville, the remaining 56 were from out of state; some from Indiana, but others as far away as Oregon. Police also said of all the arrests, four people were carrying weapons. It’s not clear what kind of weapons.

Officials said the two LMPD officers shot Wednesday, Maj. Aubrey Gregory and Officer Robinson Desroches, are recovering from their injuries. The suspect in the shooting, 26-year-old Larynzo Johnson, is in jail, police said.

To see what happened earlier today you can look at our Thursday morning blog.

To see what happened the day of the Taylor decision here are the Wednesday morning blog and our Wednesday evening blog.

An Unlawful Assembly has been declared due to protesters breaking windows on 4th Street. Follow us on Facebook to watch our live! #LMPD

This step helps us balance our responsibility to keep everyone — protesters, first responders and bystanders — safe, while still allowing people the time and space to voice their calls for racial justice and equity during the day.https://t.co/FszRdhSc5E

This is Major Gregory. Less than 24-hours from being shot attended his team’s roll call to tell them how much he appreciated them. This is the definition of leadership and selflessness. This is the caliber of public servant defending our city. pic.twitter.com/LEVKFdUmh5