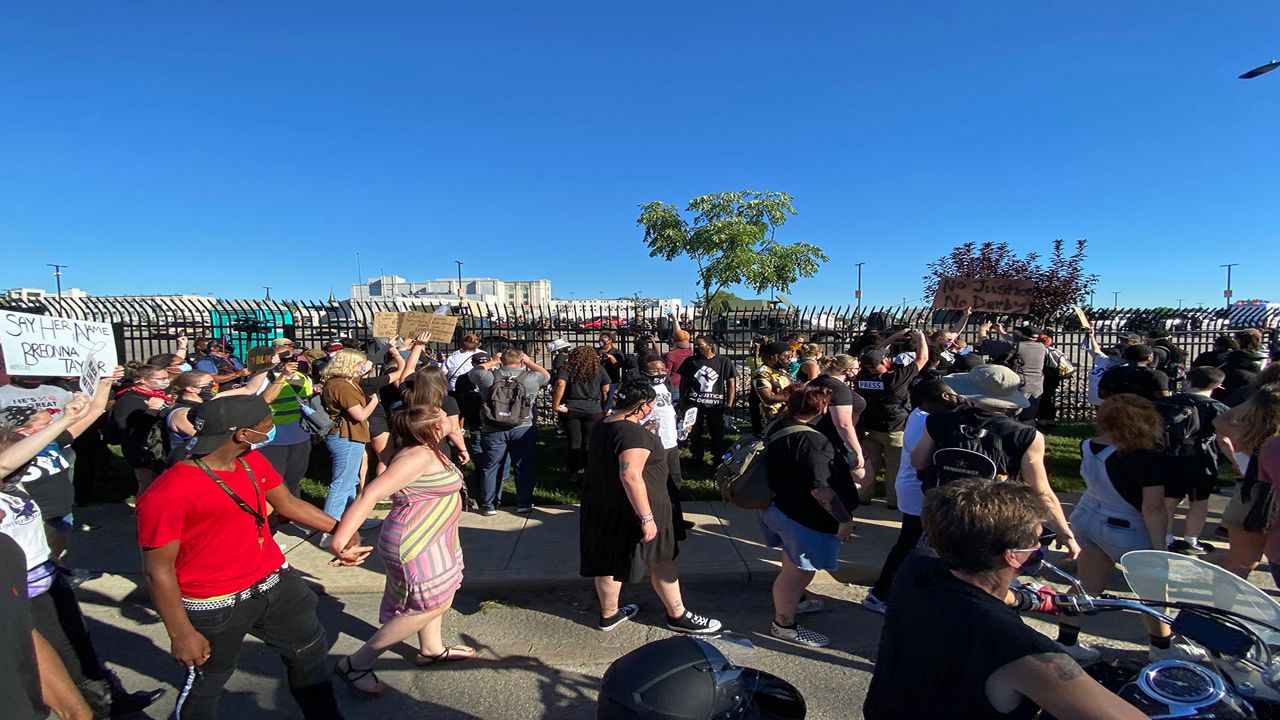 The Atlanta-based Not F***ing Around Coalition, or NFAC, is anticipated in Louisville for the annual Run for the Roses. Roughly 300 members the group marched in Louisville on Saturday, July 25, demanding justice for Taylor, the 26-year-old Black woman and emergency room technician who was unarmed when she was fatally shot inside her home by police in March. NFAC leader “Grandmaster Jay” Johnson did say the Derby protest will be larger than the one in July.

Access is blocked to Rodman street near Churchhill Downs where protesters will be marching toward Central Ave. Police say they wanted to make sure they closed access to the street to make sure protesters are able to march safely. pic.twitter.com/5Oltp0qSxb