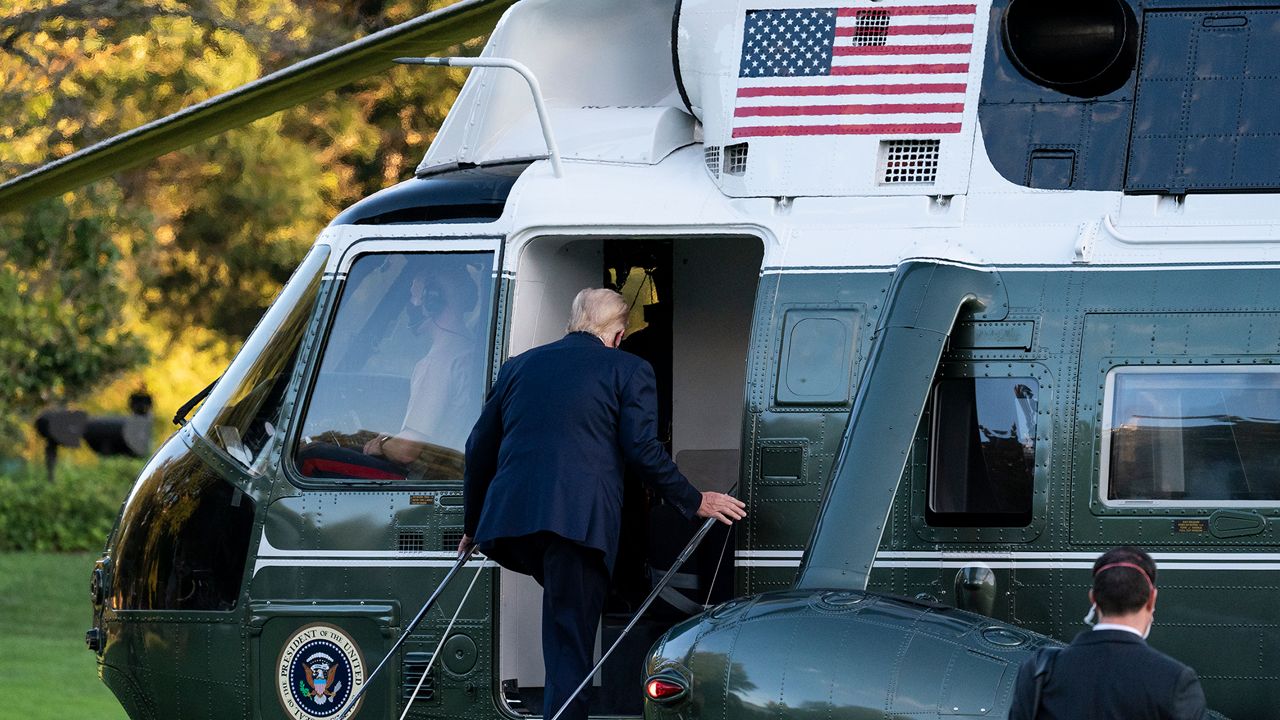 President Trump is “doing very well,” according to an update from his physician, Dr. Sean Conley.

Dr. Conley said that Trump has been “fever free for 24 hours,” but declined to give a specific temperature.

“At this time the team and I are extremely happy with the progress the president has made,” Conley said. “Thursday he had a mild cough and some nasal congestion and fatigue, all of which are now resolving and improving.”

When asked if the president required supplementary Oxygen, Dr. Conley said that “he’s not on oxygen right now.”

Dr. Conley refused to say whether or not the president was ever Oxygen, and would also not say if Trump has any lung damage.

Dr. Conley said that we are “72 hours” into Trump’s diagnosis, which would mean he was diagnosed Wednesday morning. President Trump only announced his positive diagnosis after midnight Friday. Trump traveled to a fundraiser in Bedminster, New Jersey, on Thursday.

Dr. Conley did not “want to put a hard date” on when Trump might be discharged from the hospital.

Former New Jersey Gov. Chris Christie has announced that he has tested positive for the coronavirus.

I just received word that I am positive for COVID-19. I want to thank all of my friends and colleagues who have reached out to ask how I was feeling in the last day or two. I will be receiving medical attention today and will keep the necessary folks apprised of my condition.

“I want to thank all of my friends and colleagues who have reached out to ask how I was feeling in the last day or two,” Christie wrote on Twitter. “I will be receiving medical attention today and will keep the necessary folks apprised of my condition.”

According to reports, Christie was one of the people who helped Trump prepare for Tuesday’s presidential debate, which took place in a small conference room.

Christie told ABC News that “no one was wearing masks in the room when we were prepping the president” for the debate.