BETHESDA, Md. — President Trump’s doctors attempted to paint a rosy picture as they updated members of the press of the president’s condition Sunday morning.

In fact, Dr. Conley said, they are hoping to discharge the president as early as Monday.

“He continues to improve. He has remained without fever since Friday morning. His vital signs are stable,” Dr. Conley said, adding “he’s not complaining of shortness of breath.”

He also confirmed media reports that Trump was, indeed, given supplemental oxygen at the White House Friday, despite refusing to answer the question in his update Saturday.

When asked why he did not disclose the information Saturday, Dr. Conley said he was “trying to reflect the upbeat attitude of the team.”

“I didn’t want to give any information that might steer the course of illness in the other direction, and in doing so it came off that we were trying to hide something, which wasn’t necessarily true,” he added.

This is a developing story. Read below for live updates throughout the day:

President Trump’s doctors have provided an update on the president’s condition, saying that his condition is improving, but offering little else in terms of clarity.

The main takeaway from Navy Cmdr. Dr. Sean Conley’s update is that the president is responding well to treatment, and could be discharged as soon as Monday.

However, new details emerged from Dr. Conley’s update that attempted to clarify some of the confusion from Saturday’s update.

Sunday, he said that Trump receivied supplemental oxygen at the White House on Friday, confirming reports from the Associated Press and the New York Times.

The doctors also said “over the course of his illness, the president has experienced two episodes of transient drops in his oxygen saturation” where his transient oxygen levels dropped below 94%. The second instance of a drop took place Saturday morning, according to the team.

When asked if Trump needed supplemental oxygen yesterday, Dr. Conley said he would have to check with nursing staff.

—Said Trump hasn’t had a fever since Friday

—Said Trump could be discharged as soon as tomorrow

Responding to Mark Meadows’ comments after his briefing Saturday, Dr. Conley called his statement about the president’s condition “misconstrued.” Trump’s doctors also said that he is being treated with dexamethasone, a corticosteroid used in a wide range of conditions for its anti-inflammatory and immunosuppressant effects, per the WHO.

“It was tested in hospitalized patients with COVID-19 in the United Kingdom’s national clinical trial RECOVERY and was found to have benefits for critically ill patients,” according to the WHO’s website.

When asked by reporters why Trump wasn’t wearing a mask in any of the video updates he has posted to social media, Dr. Conley said “the president wears a mask any time he’s around us.”

Dr. Conley declined to say whether or not Trump is in a negative pressure room: “I’m not going to get into the specifics.”

The White House has not offered an official update on the president’s health since Saturday, but Trump was up and tweeting from his hospital room at Walter Reed early Sunday morning.

The president shared a video showing a crowd of supporters on the streets outside the medical center, many of whom were not wearing masks. “Thank you so much!” Trump wrote alongside the video.

Trump also offered his own assessment of his status Saturday evening in a video from his hospital suite, saying he was beginning to feel better and hoped to “be back soon.”

National Security Adviser Robert O’Brien – who himself contracted COVID-19 over the summer – appeared on CBS’ Face The Nation Sunday, where he told host Margaret Brennan that the president is feeling, “very well.”

“I spoke with the chief of staff this morning and the good news is the president feels very well, and he actually wants to get back up in the White House and get back to work,” O’Brien said, adding, “but I think he’s going to stay at Walter Reed for at least another period of time.”

Trump will join O’Brien, as well as Secretary of State Mike Pompeo and Chairman of the Joint Chiefs of Staff Mark Milley, for a remote national security briefing later today. The president will participate in the discussion via video chat, with the advisers at the White House, O’Brien said.

“A mask is very important, but he could be 20, 30 feet away from the nearest person and still have the mask on. That’s not going to change anything that’s out there,” Miller said. “We can’t all just stay in our basement for the rest of our lives. We have to get out there and live our lives and take this on.”

Later in the show, Biden deputy campaign manager Kate Bedingfield responded to Miller’s claim: “Tells you a lot of what you need to know about how the Trump campaign has treated this from the outset.”

Meanwhile, Trump campaign advisor Steve Cortes appeared on Fox News Sunday with Chris Wallace, where the moderator of the first presidential debate took him to task about how the president’s family and team flouted the debate venue’s rules about wearing masks.

“The rules from the Cleveland Clinic could not have been more clear,” Wallace said. “Everyone – everyone in the audience – was to wear a mask … After the First Family came in, they all took off their masks. So did the White House chief of staff Mark Meadows. Do they think that the health and safety rules for everybody else do not apply to them?”

Cortes replied that they were tested before entering the debate hall, to which Wallace interjected, “Steve, it doesn’t matter.”

Wallace added that, at future debates, people will be escorted out if they don’t wear masks, according to the Commission on Presidential Debates.

A new poll from ABC News and Ipsos suggests that nearly 3 in 4 Americans believe that President Trump neither took “the appropriate precautions when it came to his personal health,” nor did he take the “risk of contracting the virus seriously enough.”

The poll was split 50%-50% on whether or not the president would be able to “effectively handle his duties as president if there is a military or national security crisis.” 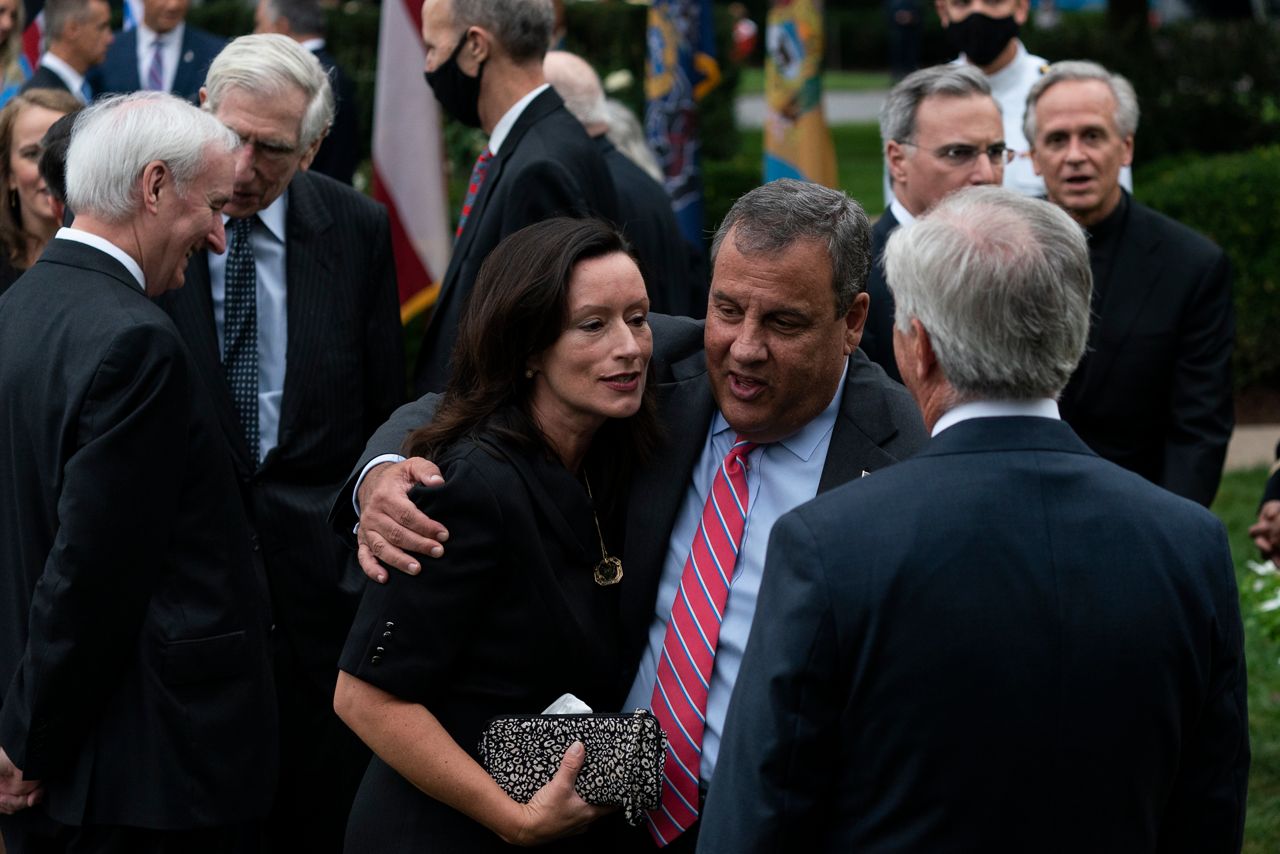