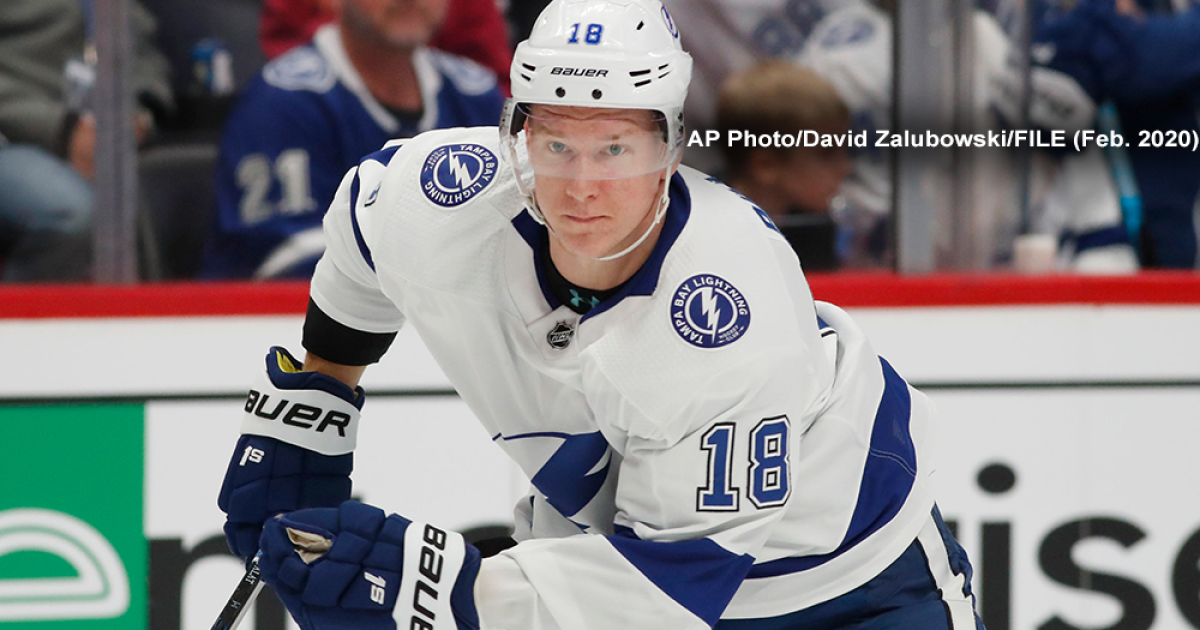 EDMONTON, Alberta (WFTS) – The Tampa Bay Lightning are looking to rebound from their double-overtime loss with a cup-clinching, Game 6 victory.

Tampa Bay suffered a heartbreaking Game 5 loss after failing to cling to a 3-2 lead early in the third period on Saturday.

The Lightning drew first blood in Game 6 after Brayden Point scored on his own rebound in the first period. Tampa Bay’s Nikita Kucherov and Victor Hedman were credited with the assist in Point’s goal.

Tampa Bay’s Blake Coleman scored off assists from Cedric Paquette and Patrick Maroon to give the Lightning a 2-0 lead early in the second period.

The Lightning, who leads the series 3-2, just needs one more win to capture their second Stanley Cup in franchise history.

Over the weekend, Tampa Bay’s head coach Jon Cooper announced the Lightning will be without captain Steven Stamkos for the rest of the series.

Other than Game 3 on Wednesday, Stamkos has missed every game in the NHL bubble due to an injury. While he had his version of the 1988 Kirk Gibson’s pinch-hit home run moment with a goal in the first period, Stamkos spent less than four minutes on ice during Tampa Bay’s 5-2 win in Game 3.