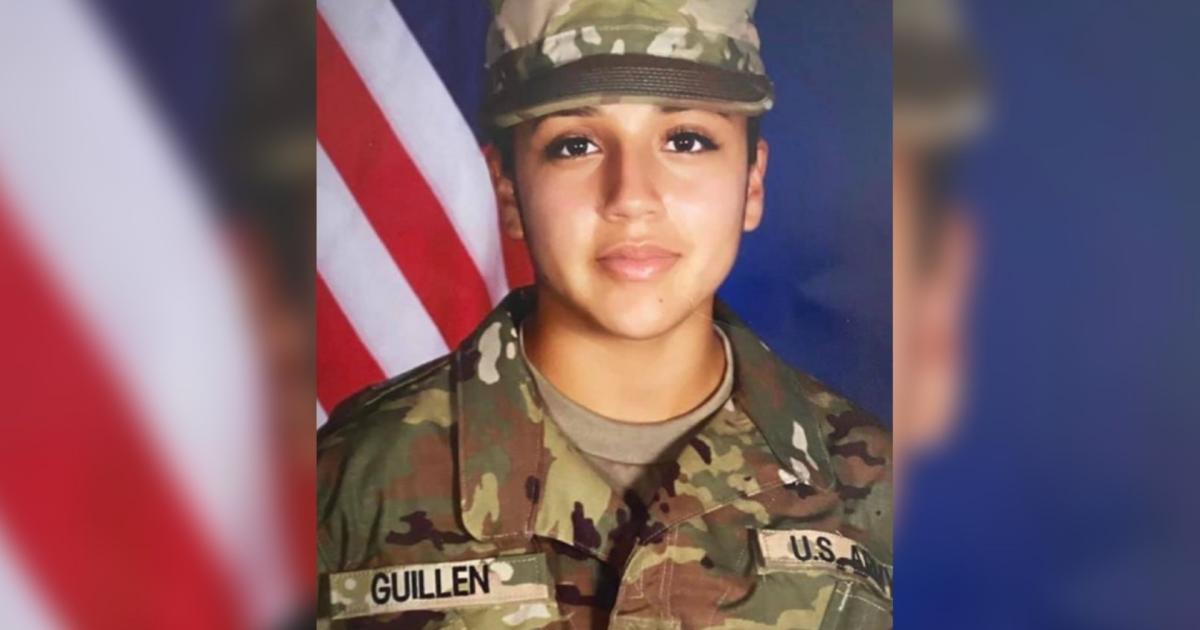 Her family and the Tampa-based attorney representing them, Natalie Khawam, traveled to Washington, D.C. this week for the legislation’s announcement. They have been pushing for the bill and reform in the military for several months.

“Everybody should just step up join this fight and help our military be safe,” Khawam said.

The bipartisan bill is sponsored by Congresswoman Jackie Speier (D-Calif.) and Congressman Markwayne Mullin (R-Okla.) it moves sexual harassment and sexual assault reporting outside the chain of command.

“Military leadership has repeatedly failed to reduce sexual harassment, sexual assault and violent crime at Fort Hood, one of the worst sites for attacks according to Army officials, and throughout the armed forces,” Speier stated in part in a news release. “The endless cycle of harassment, assault and retaliation for those who speak out reveals the deep roots of a toxic culture we must eradicate so that survivors are taken seriously and treated with respect, and assailants are held accountable.”

“We must strengthen the military’s ability to protect its most important resource, which is the people who willingly sign-up to protect all Americans. The I Am Vanessa Guillén Act will also encourage survivors to come forward to report sexual assaults and sexual harassment and to provide justice. This is about protecting our men and women in uniform and I will keep fighting so no family has to go through what the Guillén family has gone through,” Mullen stated in the release.

The bill creates an Office of the Chief Prosecutor to handle prosecution decisions, creates a military offense for sexual harassment, creates a confidential reporting process and sets up a process for service members to claim compensatory damages against the Department of Defense in sexual assault and sexual harassment cases.

It also requires the Government Accountability Office to investigate the military’s processes for finding missing service members and to evaluate the military’s sexual harassment and assault response and prevention programs.

“The real issue is the system’s broken because it’s not being exercised or done adequately. It’s got so many flaws you know it really is a flawed system. And it’s broken. And what we’re doing is we’re fixing it,” said Khawam.

Guillén was a 20-year-old soldier with the U.S. Army. Prior to her disappearance and death, Guillen had told her family she was being sexually harassed by another soldier at Fort Hood, according to a website set up by Guillen’s family.

Guillen’s mother offered to report the sexual harassment for her daughter but Vanessa reportedly told her mother that other female soldiers “had reported sexual harassment and that the U.S. Army didn’t believe them,” according to the family’s website.

Guillen went missing in April and some of her remains were found in a river in Texas. The suspected killer, 20-year-old Aaron David Robinson, took his own life before authorities could detain him. Robinson’s girlfriend, 22-year-old Cecily Aguilar, was arrested after she was accused of helping Robinson dismember and bury Guillen’s remains, according to ABC News.

Guillen’s disappearance and death prompted calls for justice for the young Texas soldier.

“Enough is enough. It’s time for accountability. It’s time for changes. It’s time for reform and we ask everybody to be part of this movement,” Vanessa’s sister Lupe Guillen said last month during a news conference in Tampa.

“I gave the family my commitment that this important first step to combatting sexual harassment and assault would come to the House Floor for a vote, but the Congress will not stop until we have finally, fully ended this epidemic – in the military, in the workplace, and in all places,” Pelosi stated in a news release.

The grieving family met with President Trump earlier this summer.

Khawam said they’re next focused on securing more Republican votes in the house, noting the bill was a bipartisan effort. They hope to have a vote before the election.