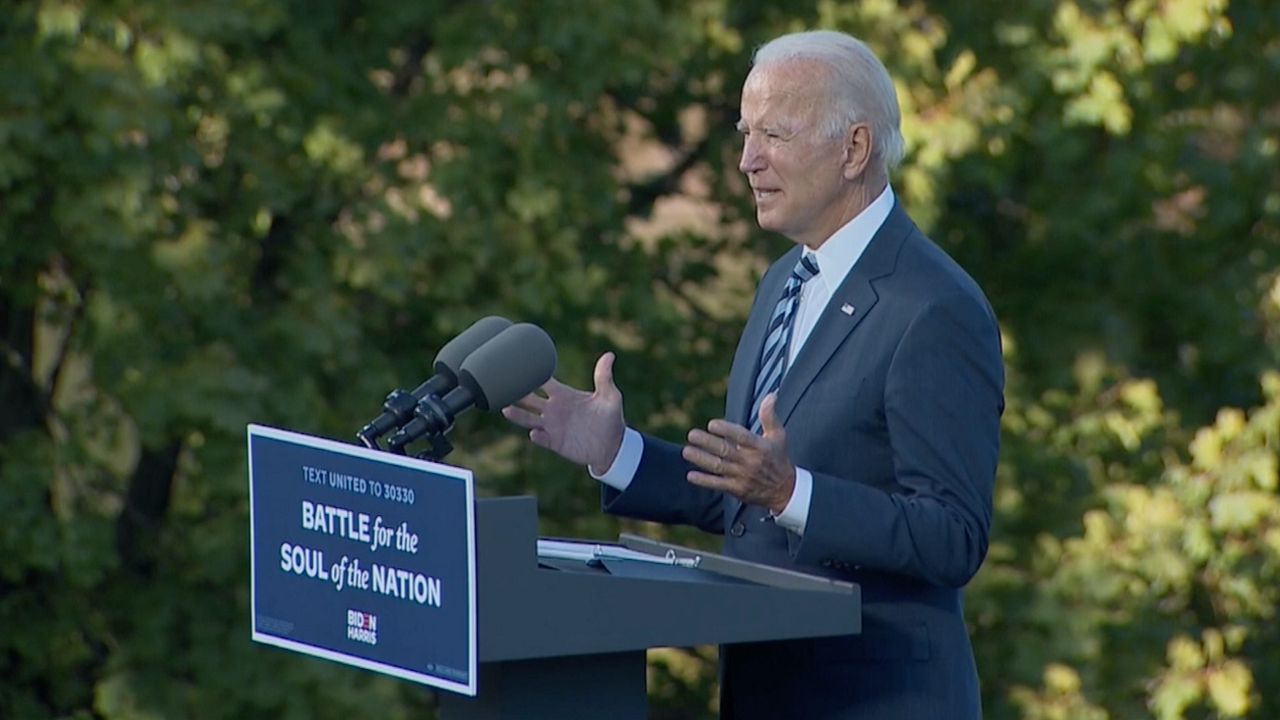 STATEWIDE — Joe Biden will make a return trip to the Sunshine State in the final week before Election Day.

He will campaign Thursday in Tampa and Broward County.

Biden last stopped in Tampa was in September, when he held a round table with military and veteran groups.

Specifics about his visit, including times, haven’t been announced.

With a little more than a week before Election Day, the Biden campaign and his supporters, as well as President Donald Trump’s campaign, is pushing hard across battleground states like Florida.

Former President Barack Obama will campaign in Orlando Tuesday on behalf of the Biden and Kamala Harris presidential ticket.

Biden made multiple stops in the battleground state of Pennsylvania on Saturday, along with his wife, Dr. Jill Biden, courting swing state voters.

Vice President Mike Pence was in Lakeland on Saturday, where he touted job growth and the economy.

Both campaigns for president are emphasizing Florida, the country’s largest swing state, in the final days of the race.

0 0 0 0
Previous : Traffic Inbox: Viewer Calls For Signal Change Near Tyrone Mall
Next : Riverview 5-year-old cooks magic in the kitchen and on Facebook Live