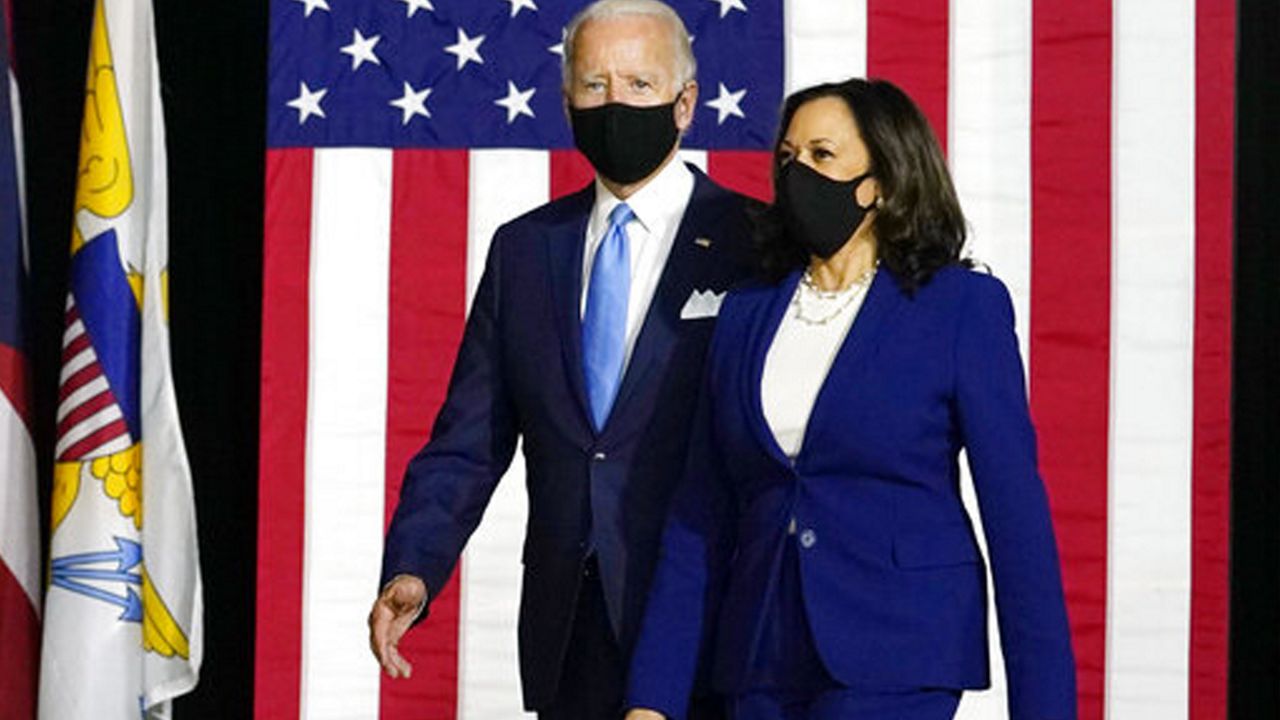 NATIONWIDE — For lack of a better word, we’re still calling them political conventions, even though few people are actually convening in person this year. They begin tonight as Democrats stream a mixture of live and taped speeches, performances and party business, culminating in the nomination of Joe Biden Thursday night.

It’s a COVID-induced experiment, or to quote the understated assessment from the Democratic convention’s executive producer, “a challenge.”

“We all do live TV for a living,” Ricky Kirshner told Spectrum News from Biden’s home state of Delaware. “So if we pull it off, it would be really cool. If we don’t, everyone will want to think we failed, which isn’t true because they have no idea what we’re going through to get this thing on the air.”

What you will see this year will differ in many ways from previous Democratic conventions.

Originally slated to be held before 15,000 people at the Fiserv Forum in Milwaukee, the Coronavirus pandemic is keeping Biden in his home state of Delaware; he and running mate Kamala Harris will speak at the Chase Center in Wilmington, where the auditorium has 250 seats.

The rest of the programming appears like a vast, well-funded, multi-city telethon. There’s no convention floor – and so no traditional roll call; each delegation will beam its presidential nomination from its respective state or American territory – 57 in all. (Expect to see a lot of landmarks and perhaps your first glimpse of American Samoa).

Speeches and performances are expected to be in varied locations, and limited to two primetime hours over four days, with speeches other than the main addresses capped at a minute or two, Kirshner said.

About 40 to 50 percent of the four days will be live; the rest taped. Producers are aiming for people to watch live – and also for enough shorter, compelling moments to emerge to subsequently share over and over on social media.

No big crowds means no loud cheering (or booing, as the case may be). As anyone watching sports or late night shows recently knows, that profoundly shifts the viewer experience.

“I will say, I think the absence of a cheering crowd and chants and balloons and banners probably suits the message that Joe Biden and Kamala Harris want to send, which is that we live in a very serious time, that the country is going through something very dark that needs to be corrected.”

(Spectrum News reached out to the RNC to interview a top planner for the GOP convention, for a story slated to run this time next week).

Kirshner says the performances aren’t about promoting music, but rather relate “to the subject that we’re talking about at the time.”

Asked for a running theme, he said: “Every year it’s like, ‘Get out the vote, get out the vote.’ I think this time it really is ‘You have to vote.’ It really matters.”

There are numerous issues coalescing at once, apart from the pandemic, which has killed more than 160,000 and upended the economy. There have been once-in-generation protests over racial justice. And concerns that the Postal Service is unable to process what could be a record number of mailed ballots is prompting the Democratic-controlled House of Representatives to return early to Washington in a bid to prohibit service or operational changes.

The unusual nature of this year’s conventions raise numerous kinds of questions: political, journalistic and, at the core, human. Are big in-person events now a vestige of an era before COVID-19? What about modern political conventions, an American staple since 1831?

“We all hope there will be a vaccine soon and that the actual risk of that kind of activity will be dramatically diminished if not eliminated,” Lukasiewicz said. “But I do think it will cause a reexamination of whether these giant and extremely costly events are at the end of the day, worth it.”

Kirshner thinks it will be a hybrid: remote and in-person.

“I still think people want to go together and have some human interaction,” he said.