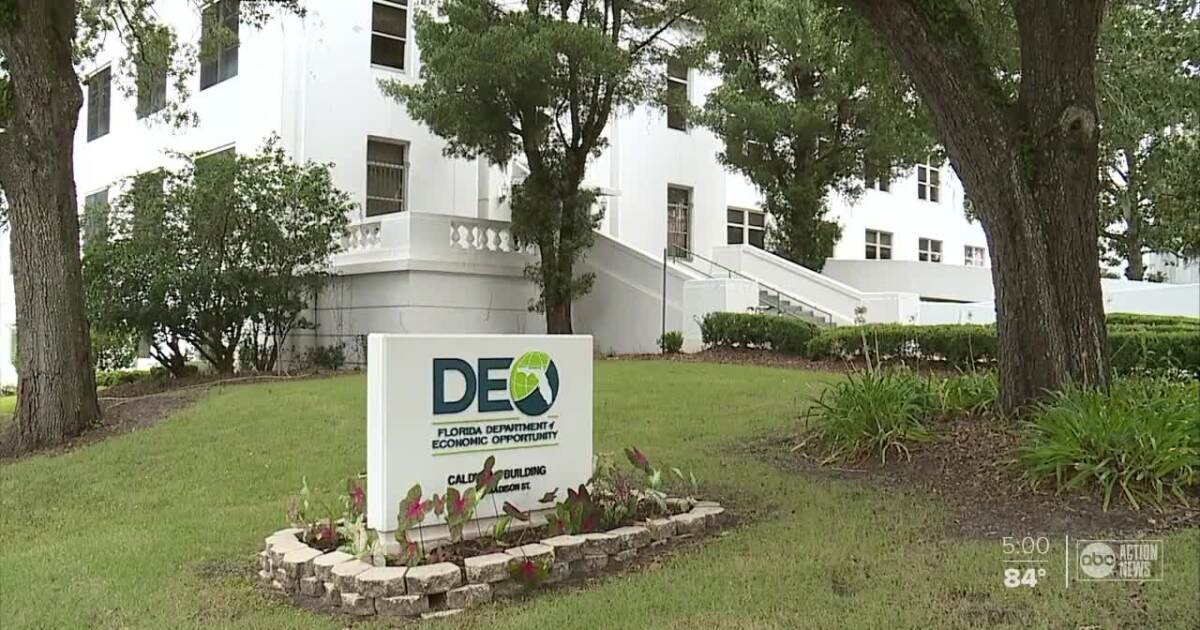 ST. PETERSBURG, Fla. — Labor Day is a day meant to honor and recognize American workers, but this year, many unemployed Floridians tell I-Team Investigator Kylie McGivern they feel forgotten and are still waiting on unemployment checks they are owed.

Then came the shutdown.

After applying for unemployment benefits four months ago, Francis told the I-Team, “I’ve not received any of it.”

When Francis logs into CONNECT, her claim still says “pending.”

“That screen has never changed,” said Francis. “I found out that the claim number is overlapping with somebody else, so somebody else probably isn’t getting their unemployment.”

Even with a representative from the state’s Department of Economic Opportunity (DEO) seemingly identifying the problem, Francis said countless emails and phone calls to the department haven’t helped so far.

“Nobody knows what to do. Like the people I’m calling don’t have the tools for it,” said Francis.

Francis said she’s received apologies and call takers have wished her luck, but she is still waiting for answers from DEO, the department responsible for distributing state and federal unemployment benefits.

“Thank goodness I had saved up some money, I dipped into all of it,” said Francis.

So far, ABC Action News has sent the names and information of more than 25,000 out-of-work Floridians to DEO.

I-Team: Fighting for your unemployment claims

When asked how many of those people are now caught up on unemployment checks, from the spreadsheets ABC Action News has provided the state over the last several months, DEO couldn’t say.

In an email, a DEO spokesperson told the I-Team, “The Department is working diligently through the tens of thousands of names we received from the press and other outlets. We are processing as many as we can on a daily basis. As we have previously said, due to privacy concerns, the Department is reaching back out to those individuals directly if needed. With such a high volume, it would take additional time and resources to research all of the ones processed, taking time away from processing and paying new claims.”

As Francis continues to work to get her claim processed, she has a message for the governor’s newly appointed head of DEO, State Rep. Dane Eagle, R-Cape Coral.

“Good luck,” said Francis. “And do it. You know, come up with some really solid solutions and get the work done.”

ABC Action News has requested an interview with Eagle to discuss Florida’s unemployment system. His first day on the job as executive director of DEO is Monday, September 14.

A DEO spokesperson said she will follow up after Eagle “has had a chance to get up-to-speed.”

As a reminder, Governor Ron DeSantis has decided to waive work search requirements for claimants through December 5.

Eligible Floridians could start receiving the $300 weekly federal unemployment checks in the next two weeks.

“Overwhelmingly, when people contact us and say that they have not received benefits it is because the claimant has not requested their benefits,” a DEO spokesperson told the I-Team in an email. “We cannot stress enough how important it is to request benefits every week.”

The problem is, most of the people contacting the I-Team say they are owed benefits from months ago, and claimants only have two weeks to request benefits for each week.

For a claimant to go back and claim those weeks, they still have to call the Customer Service Center at 1-833-FL-APPLY, which is where many claimants, like Francis, who have contacted ABC Action News say they continue to struggle to get answers to specific issues.

“I make the phone calls, I sent the emails, I’ll continue to do so, but it seems like the people that are actually working the lines don’t have the tools to help find solutions. It’s been a pass-the-buck situation from the get-go,” said Francis. “It’s such a mess, it’s a fiasco.”

But others are seeing success.

Each week, the I-Team contacts five people at random from a list of more than 25,000 who have reached out and provided their information regarding problems collecting state and/or federal unemployment checks.

This week, three out of the five people responded. Two are still waiting on unemployment checks and the third has now been paid everything he was owed.

DEO Updates and Information for Claimants