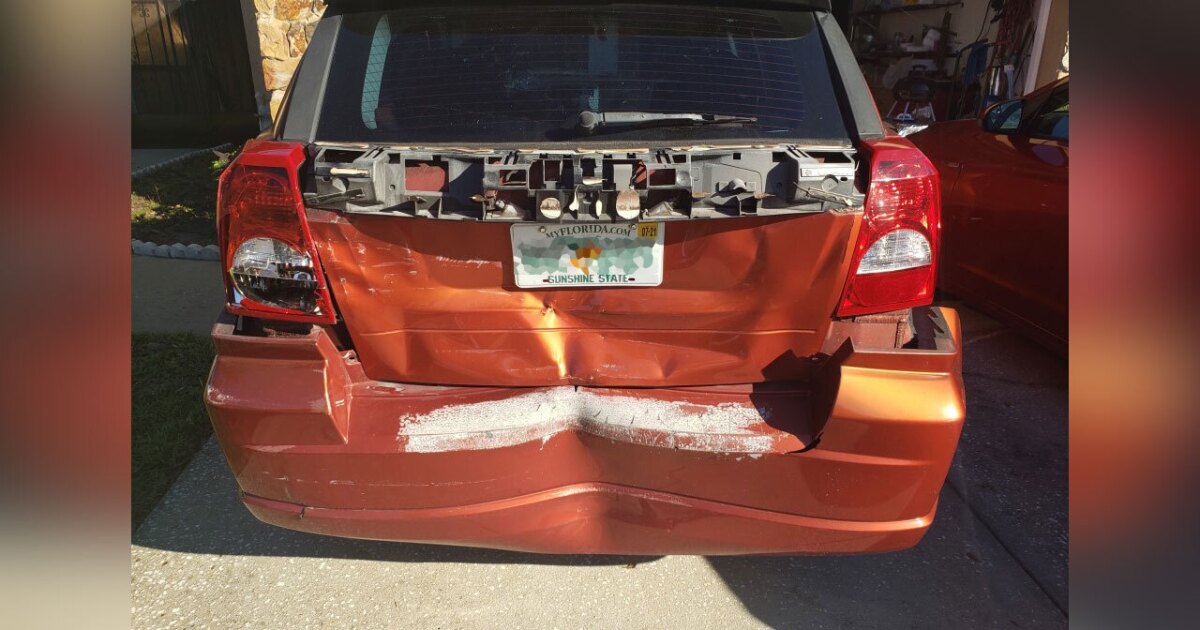 PASCO COUNTY, Fla. — Pasco County retiree Nick Catalano never saw the other vehicle coming. The driver slammed into the back of his SUV at a New Port Richey intersection last October.

“All of a sudden something hit us so hard we went across the three lanes of the oncoming traffic,” said Nick’s wife Mildred, who was in the passenger seat.

The crash caused about $3,000 in damages leaving Nick, who has a disability, unable to get his walker in and out of the SUV’s rear hatch. He has been struggling to cram the walker into the back seat since last October.

In that letter, Direct General wrote: “At this time we have not been able to speak with our insured regarding the loss…Unfortunately, based on this information I must therefore decline payment of your claim.”

Nick said the denial made him “really mad” adding there was “no reason I should not get paid.”

The couple made a call for action in April and Reporter Jackie Callaway emailed Direct General about the denied claim. The Catalanos said the company called them the next day.

“They said they were very sorry for what happened and within 48 hours this issue should be resolved,” Midred said.

Direct General never responded to our questions, but the Catalanos say the company told them the check for damages is in the mail. Jackie Callaway will follow up to make sure they get paid.

The couple was not aware they could have filed a complaint with Florida’s Division of Insurance. The agency mediates complaints for consumers when they run into trouble with insurance companies.

The Department of Financial Services has a toll-free Consumer Helpline, you can call 1-877-693-523, or people can file a complaint online atwww.MyFloridaCFO.com/division/consumers