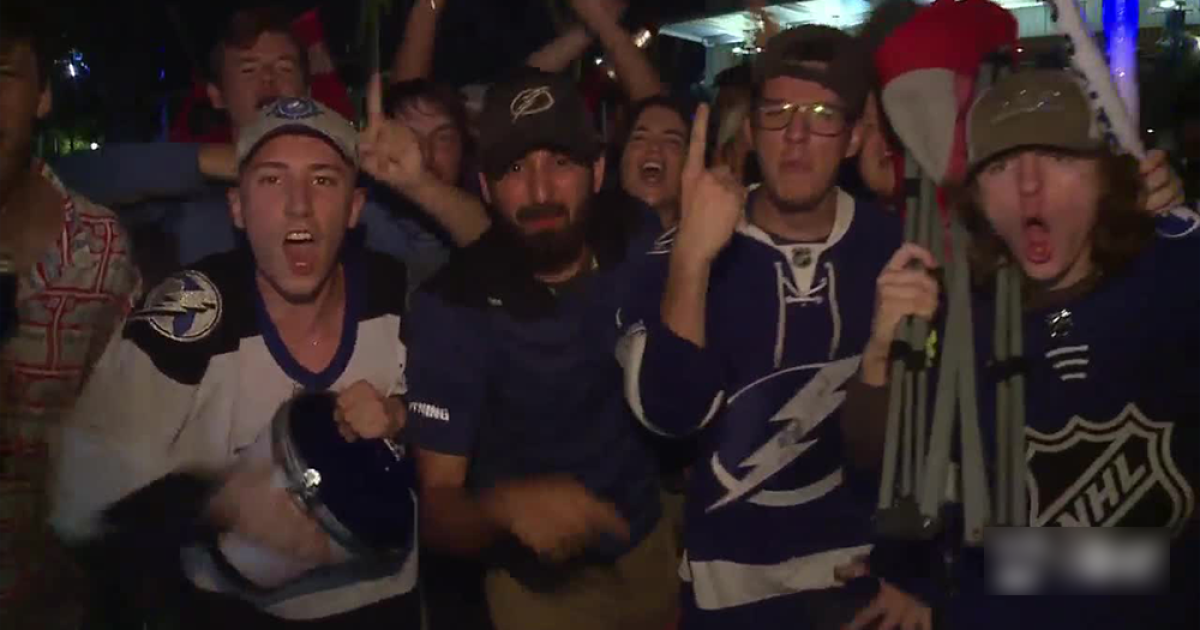 TAMPA, Fla. — People all over the Tampa Bay area are still riding the highs of the Lightning’s Stanley Cup victory.

From parades to parties, some fans may have been caught up in the moment amid the current health crisis and let COVID-19 precautions take a backseat.

“The team spent months in isolation, disciplining themselves so that we could enjoy the fruits of their victory,” said USF Health’s Dr. Jay Wolfson. “I hope we don’t spoil it now by creating an environment where one of the highest-risk populations for acquiring the disease, especially at the asymptomatic level, were congregating in large groups and yelling and screaming and cheering and singing very close together for long periods of time, and that’s the calculus for the spread of the disease.”

Wednesday’s Stanley Cup celebrations started with a boat parade along the Riverwalk leading to a socially distanced stadium event for the team and fans. Players and fans were also spotted at a late-night party at American Social in Tampa; many people were seen without masks.

The bar hasn’t responded to our request for comment.

All the celebrating is now sparking concerns some fans may have let COVID-19 safety measures slide. Dr. Wolfson recognized it’s tough to celebrate safely, but he says its called the novel coronavirus for a reason—because it’s new and we don’t know a lot about it.

“When something like the Stanley Cup comes back to Tampa and you’ve been waiting for something to celebrate and the weather is fantastic and the bars are open and you’re looking for an opportunity to be exuberant, it’s really hard not to come together and say, ‘Just this once. Just this once we’re going to do it.’ But all it takes is that once, folks,” said Dr. Wolfson.

Dr. Wolfson’s concern is having a ripe population of people, some who may have already been going out before, expose themselves to each other and create the risk of spreading the virus more.

Florida Department of Health data shows cases have been trending down lately, showing Hillsborough County with 154 new cases reported Wednesday compared to 208 cases about two weeks ago. The CDC still recommends social distancing and masks to reduce the spread of COVID-19.

The Tampa Police Department said they had no issues reported during the celebrations Wednesday. TPD explained they continue to educate and encourage people to social distance and wear masks.

Dr. Wolfson pointed to the Raymond James event as a good example, where most fans appear to be wearing masks and spaced apart. Health experts continue to remind people to use common sense and keep following the guidelines while trying to have a good time.

“We’re doing a very good job so far of pushing that curve down, but it’s not over yet,” said Dr. Wolfson.

“This year, our community has demonstrated the same determination, resilience and grit towards staying healthy in the face of COVID-19 as the Lightning did on their quest for the Stanley Cup. This was a season like no other, and a year like no other — so we knew that our championship celebrations needed to be different too. By drawing fans outside, we created fun, safe, and unique opportunities for our community to celebrate this historic victory outdoors through a Tampa-style boat parade and a socially-distant celebration at our open-air Raymond James Stadium. This Stanley Cup championship was a BIG win, not only for our team, but for our entire community and that deserves to be celebrated.”

0 0 0 0
Previous : Despite potential perception, crime overall is down by double digits in Tampa Bay counties
Next : Who Stole “Freedom” From a Man with Autism and Cerebral Palsy? Police Want to Know