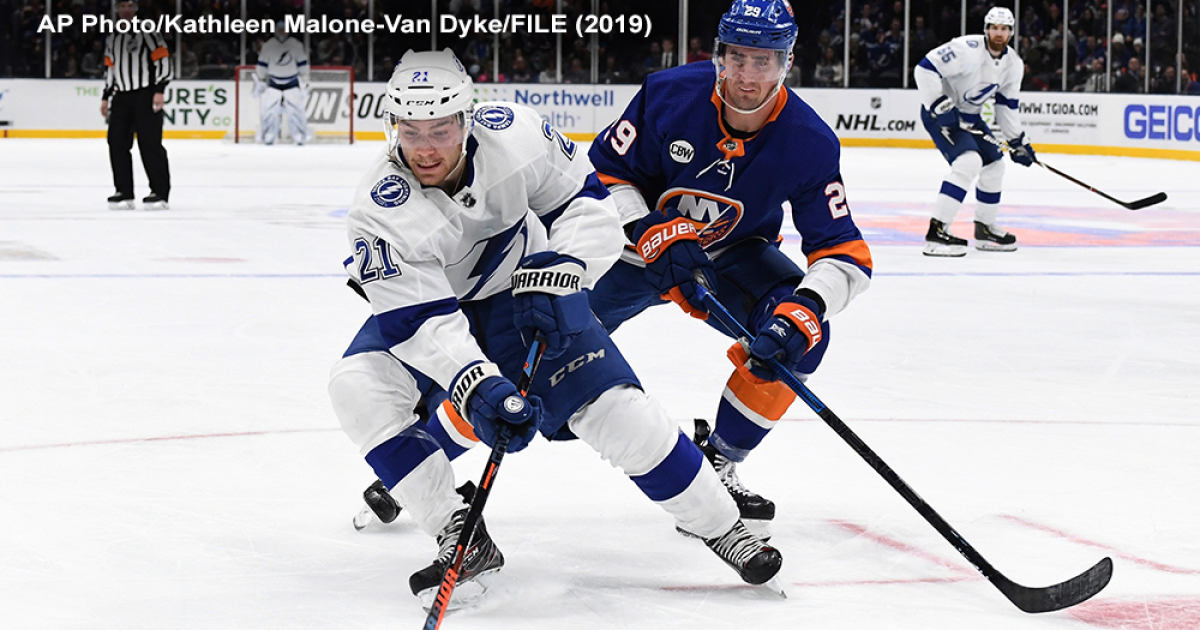 EDMONTON, Alberta — The Tampa Bay Lightning are looking to bounce back against the New York Islanders after losing Game 3.

Lightning forwards Brayden Point (out) and Alex Killorn (suspension) both returned to the lineup for Game 4 after missing Friday’s game, which ended in a 5-3 loss.

Tampa Bay fell in a 1-0 hole in the middle of the second period after New York’s Brock Nelson found the back of the net.

The Lightning immediately responded with goals from Blake Coleman and Ondrej Palat just seconds after the Islanders drew first blood.

Palat remains scorching hot in the bubble, as his second-period goal was his eighth in the Stanley Cup Playoffs.

The Lightning enter the third period clinging to a 2-1 lead.

The Lightning will once again have to play out the series without captain Steven Stamkos. Stamkos remains out with an undisclosed lower-body injury.