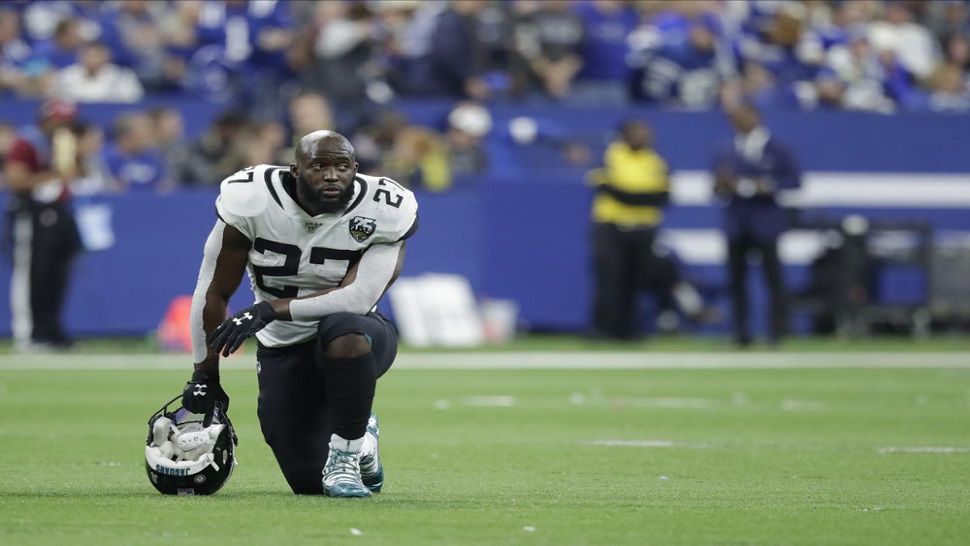 TAMPA, Fla. — Leonard Fournette intends to join the Tampa Bay Buccaneers, who are stockpiling playmakers to help Tom Brady be successful with his new team.

The former Jacksonville Jaguars running back tweeted an image of himself carrying a football and wearing a Bucs jersey and helmet —long with a pen-signing emoji and the message #GoBucs— on Wednesday night.

The Bucs, who typically don’t confirm player acquisitions until the team has a signed contract, had no comment.

Fournette, the former LSU star drafted fourth overall in 2017, was released Monday by the Jaguars and became a free agent after clearing waivers. He helped Jacksonville reach the AFC championship game as a rookie and topped 1,000 rushing two of three seasons there.

With the Bucs, he will join a Brady-led offense featuring more talented playmakers than the six-time Super Bowl winner has ever had to work with at one time.

Fournette is coming off the best overall season of his career, rushing for 1,152 yards and accounting for another 522 yards on 76 pass receptions in 2019.

The 25-year-old running back was to earn $4.17 million in Jacksonville this season, a base salary that was guaranteed until the Jaguars voided all the remaining guarantees in the player’s rookie deal in December 2018.