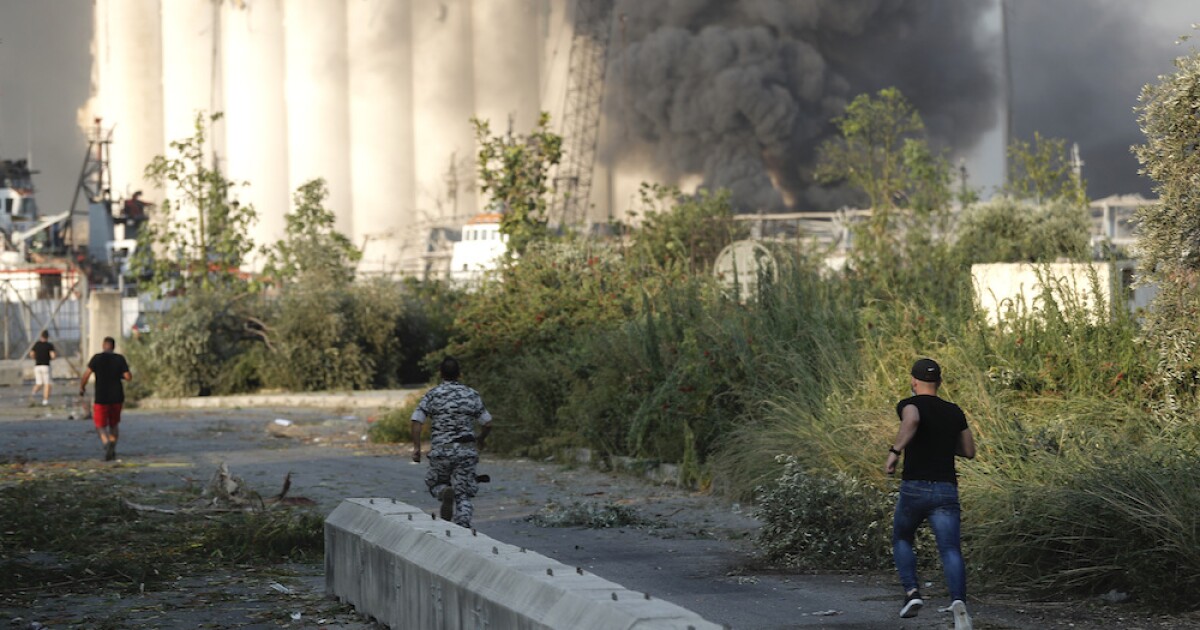 TAMPA, Fla. — An explosion in Lebanon is hitting home for some Floridians who say the country they’ve called home at some point needs help.

The August 4 explosion at Beirut’s port injured thousands, killed dozens, damaged the city significantly and left some here in the Tampa Bay area calling to check on loved ones.

“Thankfully they were all OK not affected. My house got affected a little bit, like broken glass on the floor. My mom a little bit but nothing severe,” she said.

When Helene Kassouf heard the news, she immediately checked on her family, too. She said while they don’t live there, it’s not uncommon for them to be in the city.

Mazen Moussa, who says he studied in Beirut, said he later learned the devastating impact the explosion had on those he knows.

“Four friends from my school, they’re dead. And two uncles their houses destroyed. Like windows and doors,” he said.

Friday evening, a group gathered at Saints Peter & Paul Church in Tampa to pray for the victims and shine a light on the magnitude of the tragedy.

According to the US Agency for International Development, the department and the US Department of Defense have provided $18 million in humanitarian assistance.

Congressman Charlie Crist is leading a delegation of legislators urging more support, including medical care and clean up efforts, in a letter sent to U.S. Secretary of State Pompeo.

“My heart breaks for Beirut and Lebanese people around the world following the devastation this week that claimed the lives and livelihood of thousands,” said Congressman Crist, in a news release. “As one of the only members in Congress of Lebanese descent, it’s my belief that our nation cannot stand idly by as our brothers and sisters in Lebanon suffer. I’m proud to lead my colleagues in calling on Secretary Pompeo to aid in the immediate response, and to help Lebanon curb the potential long-term effects of this horrific tragedy.”

“We have like all this government corruption happening. It’s just Lebanese people who need people’s help like outside help. Because the government cannot help. So we need donations to the organizations over there, the NGO’s,” said Kassouf.

“We were trying to rebuild the country after the Civil War and all of a sudden the whole country just like up, like literally, people stopped breathing. Like you know almost half a million people were homeless,” said Moussa.

Now, while some are unable to visit their family, they’re focused on shining a light on a dark situation.

“This tragedy that happened in Lebanon could happen anywhere in the world, right. It’s just at the end of the day we need to help each other to get over it,” said Kassouf.

“I wish I could be there in my country with my family and friends but all I can do is just try to be stronger and try to actually tell people about it here,” said Cherri.