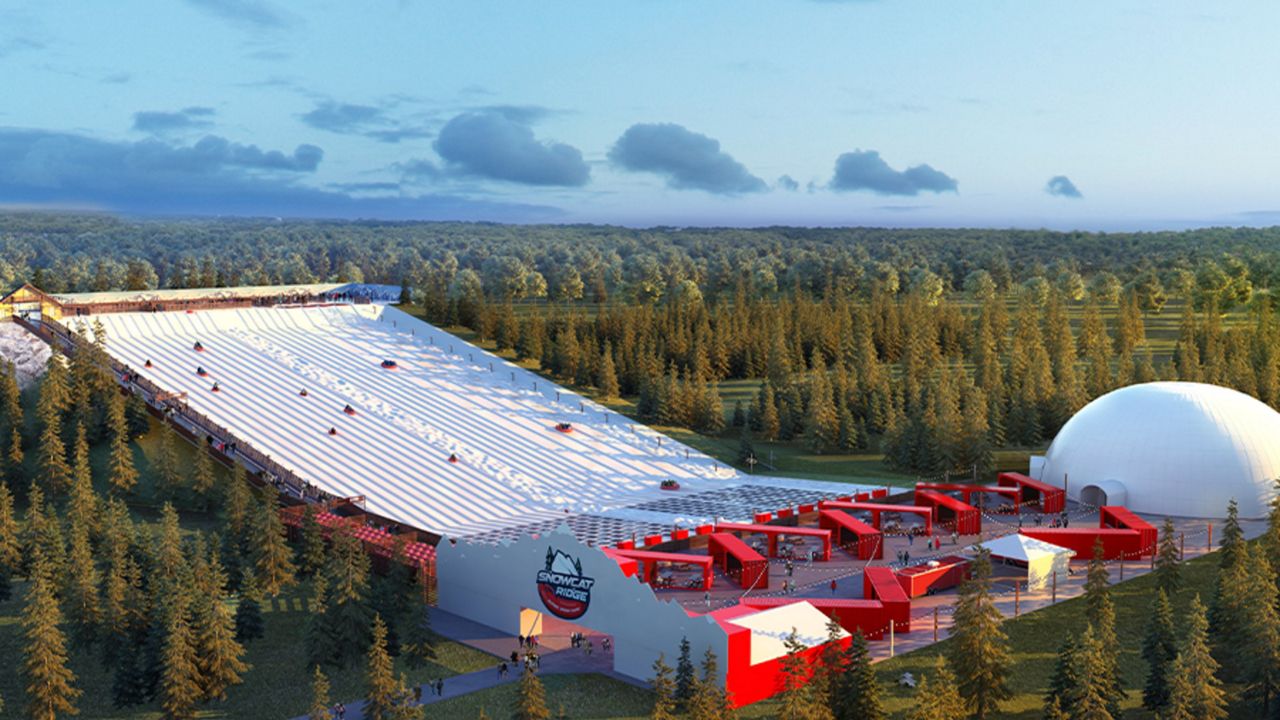 DADE CITY, Fla.—Snowcat Ridge, a snow park currently under construction in Dade City, plans to open its slopes this year.

Many have wondered if the snow park, a first of its kind in Florida, would still open this year in light of the pandemic.

A spokesperson confirmed with Spectrum News that the park is still aiming for a November debut, although an exact opening date has not yet been shared.

Snowcat Ridge will feature a 60-foot-tall, 400-foot-long snow tubing hill. It will also have a snow dome, where visitors can play with real snow and even make snowmen. Inside the dome, there will be a child-sized version of the park’s snow hill for younger visitors.

At an area of the park called Alpine Village, visitors will find an outdoor seasonal holiday market featuring goods from local artisans. Visitors will also be able to grab food and hot cocoa while relaxing near a bonfire.

In the evenings, there will be a light show on the snow hill and inside the snow dome.

Snowcat Ridge will be located next to TreeHoppers Aerial Adventure Park.

0 0 0 0
Previous : Where to turn for help against domestic violence in the age of COVID-19
Next : Obesity Awareness Month