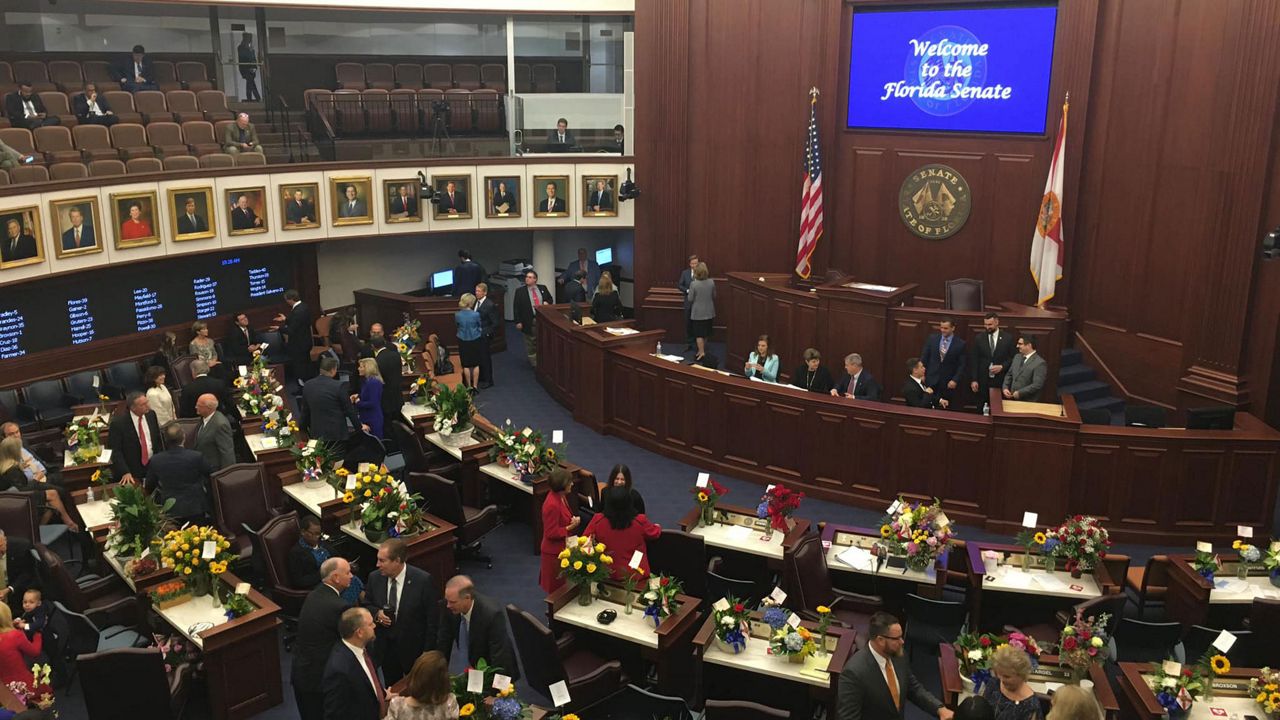 TALLAHASSEE, Fla. (AP) — The Florida Senate unanimously passed a $95 billion budget Wednesday and will now have to work out differences with the House, which will vote on its $97 billion spending proposal on Thursday.

The Senate proposal is almost $3 billion more than the state’s current budget, a reflection of an economy that’s bounced back from the coronavirus pandemic quicker than expect. And while there are program cuts, there might be more wiggle room to increase spending.

State economists earlier in the week predicted Florida will collect about $2 billion more than previously expected, and the budget doesn’t factor in $10 billion in federal relief money. Republican Sen. Wilton Simpson said there are items in the budget that will continue to help the state’s economy, including money to help address the threat of sea level rise.

One thing that’s guaranteed is the budget proposal will change significantly over the final weeks of the session. Simpson indicated after the vote that the chamber will consider how to spend federal money, but said it will only be used for one-time expenses and not programs that have to be funded in future years.

“Certainly we are going to be putting out a list very soon,” he said. “It will be those infrastructure deals — roads, water, some of the governor’s stuff we’ll put in there.”

The Senate budget sets the minimum wage for state workers at $13 per hour, which will benefit more than 10,000 state workers. Voters last year approved a constitutional amendment that will eventually raise the state minimum wage to $15 by 2026. In September, it will increase to $10 an hour.

The House and Senate have until April 27 to agree on a spending plan if they want to wrap up the 60-day legislative session on time. Once an agreement is reached, lawmakers have to wait 72 hours before voting on the budget.

The Senate amended its budget proposal to include $3 million to make repairs at the Piney Point wastewater reservoir at a former Manatee County phosphate plant that days ago had prompted evacuation orders. Simpson said that upwards of $200 million might eventually be appropriated to clean up the site using federal relief money.

“When I talk about those one-time dynamic projects, I think just as timing would have it, the stars lined up for Piney Point,” Simpson said. “If it’s possible, we’d like to clearly appropriate enough dollars to hopefully close this one out so that five, 10 years from now we’re not talking about Piney Point.”

The area around the reservoir was evacuated last week over fears a breach could flood nearby homes with acidic water polluted by elevated levels of phosphorous and nitrogen.

“I visited Piney Point yesterday and was astounded to see what I saw,” said Democratic Sen. Janet Cruz. “We’re going to fix it and take care of our residents, so I appreciate it very much.”

The House indicated it will consider money for Piney Point as it negotiates with the Senate.