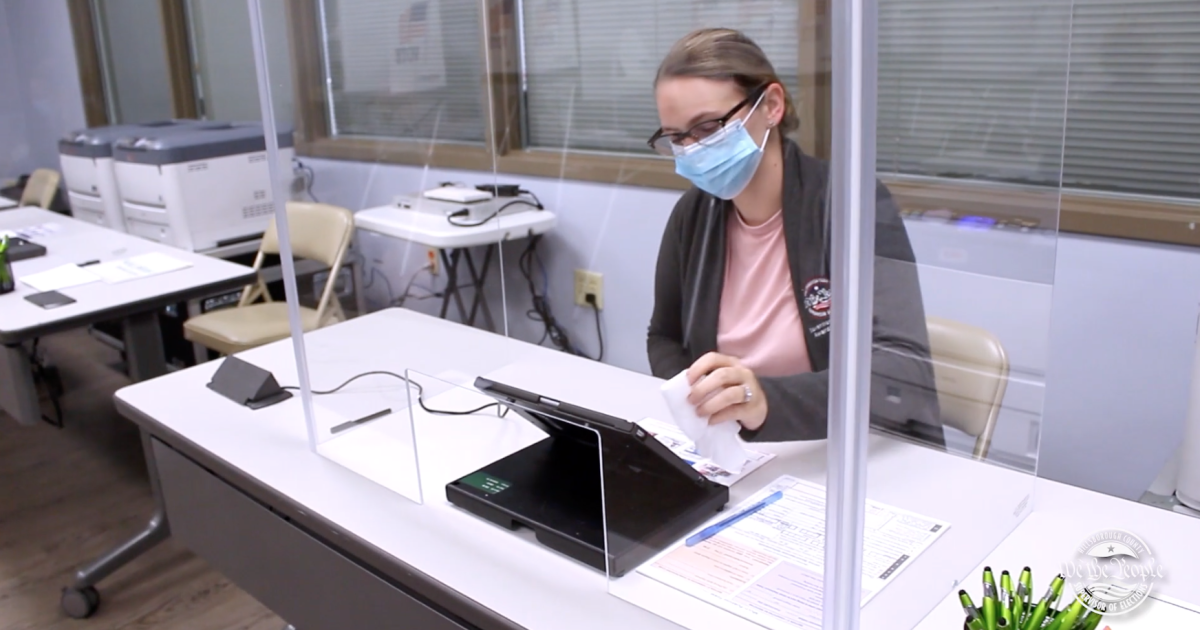 TAMPA, Fla. — Poll workers across the state of Florida are now preparing to work voting sites after a massive response to recruitment efforts.

In Hillsborough County, the Supervisor of Elections has twice as many people as they need to work the polls, according to their office.

Now, those poll workers are being trained all online. They are learning how to issue ballots and run the technology at voting sites.

This all comes as poll workers face lots of safety changes and procedures due to COVID-19 concerns.

In Hillsborough County, poll workers will be masked with the option to wear a full face shield. In polling sites across the state, Latimer said social distancing will be key.

“We’ve reduced the number of touchpoints for our poll workers so that ‘Poll Worker A’ is not touching the same thing as ‘Poll Worker B’,” Latimer said. “We’re also wiping down and cleaning things on a regular basis, including the privacy booths.”

There will also be a lower capacity in each voting site on Election Day, so there could be some lines to get in.

Poll workers will also be handling early voting sites where voters can drop off their completed vote-by-mail, or absentee ballot, securely in person. There are several drive-up sites where you can hand your ballot off without ever leaving your car.

The Sarasota County Supervisor of Elections Ron Turner is reminding voters, who choose to vote by mail in the November 3 presidential election, that voted ballots may be returned by mail or in person, but must be returned in time to reach the elections office by 7 p.m. on election night.

“For anyone returning by mail, I strongly urge them to vote and return their ballots as soon as possible,” Turner said.

Florida law allows vote-by-mail ballots to be opened and tabulated up to 22 days prior to Election Day, according to Turner.

If returning by mail, Turner said the U.S. Postal Service has recommended that domestic voters mail their completed ballots at least one week prior (by Tuesday, October 27) to the November 3 deadline.

0 0 0 0
Previous : Cold Front on the Way
Next : Fans Get to Celebrate Lightning’s Stanley Cup Win