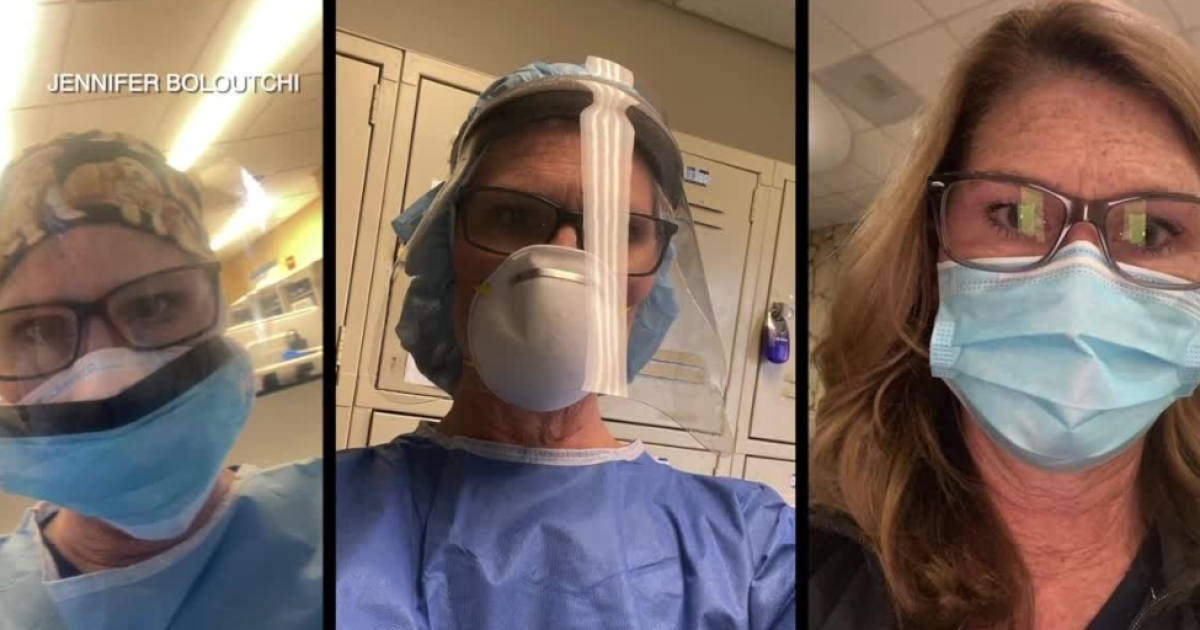 TAMPA, Fla. — Across the country, countless healthcare workers are on the frontlines of the COVID-19 pandemic.

“God has blessed me with this gift and I’m gonna use this gift to the best of my ability to save as many people as I can,” the St. Augustine native said.

It’s the mindset she carries with her each day as she tries to save people battling the virus. Right now, she’s working in El Paso, through the NuWest Group, after an assignment in Tampa and three months in New York City over the spring.

She said she believes patients are getting great care, but that right now she’s seeing the pandemic the worst she’s seen it so far.

“I’m finding that people are waiting too long to come to the hospital, therefore it’s making it tougher as ICU doctors and nurses and staff to treat these patients,” she said.

She said the impact of the virus is unbelievable.

“It does attack the elderly worse yes, of course, it does and it does attack people with underlying conditions worse, yes. But I mean I’ve seen people 20 years old, 29 years old who are laying in the hospital on ventilators who cannot breathe and perfectly healthy coming in, perfectly healthy. And it really doesn’t discriminate,” Boloutchi said.

She’s one of more than 115 healthcare professionals from Florida deployed through the NuWest Group across the country right now.

That includes people like Dimitra Kosmakos answering the call.

The Treasure Island native has helped in Miami, Jacksonville and last month, Guam.

“They don’t have as much funding as some of the state hospitals but everyone is so kind and so welcoming because they are a smaller village community they are basically all family or friends or somehow everyone knows somebody. So going into that community they kind of brought you in and just made you feel part of the family. And it just felt really good. You go in there trying to help but you end up being helped along the way which is really beautiful,” Kosmakos said.

She had to cut her time there short for a family emergency, when she said her brother ended up in the ICU with double pneumonia, not COVID related. She said he’s now recovering, and she’s back on the front lines in Alburquerque, New Mexico.

“Things can literally go from 0 to 100 in an instant and it can be very scary and it can happen whether you’re young or old,” she said. “I’ve seen old people recover, be intubated and recover like miraculously, and then I’ve seen young people it’s the complete opposite they end up intubated in the ICU and have a really long journey ahead of them so it’s unpredictable.”

Both nurses are urging people to take precautions, like avoiding large gatherings, wearing a mask, distancing and washing hands.

“This is real, this is not the flu. And just because you don’t see it or don’t know anyone that has died from it doesn’t mean that it’s not real,” Kosmakos said.