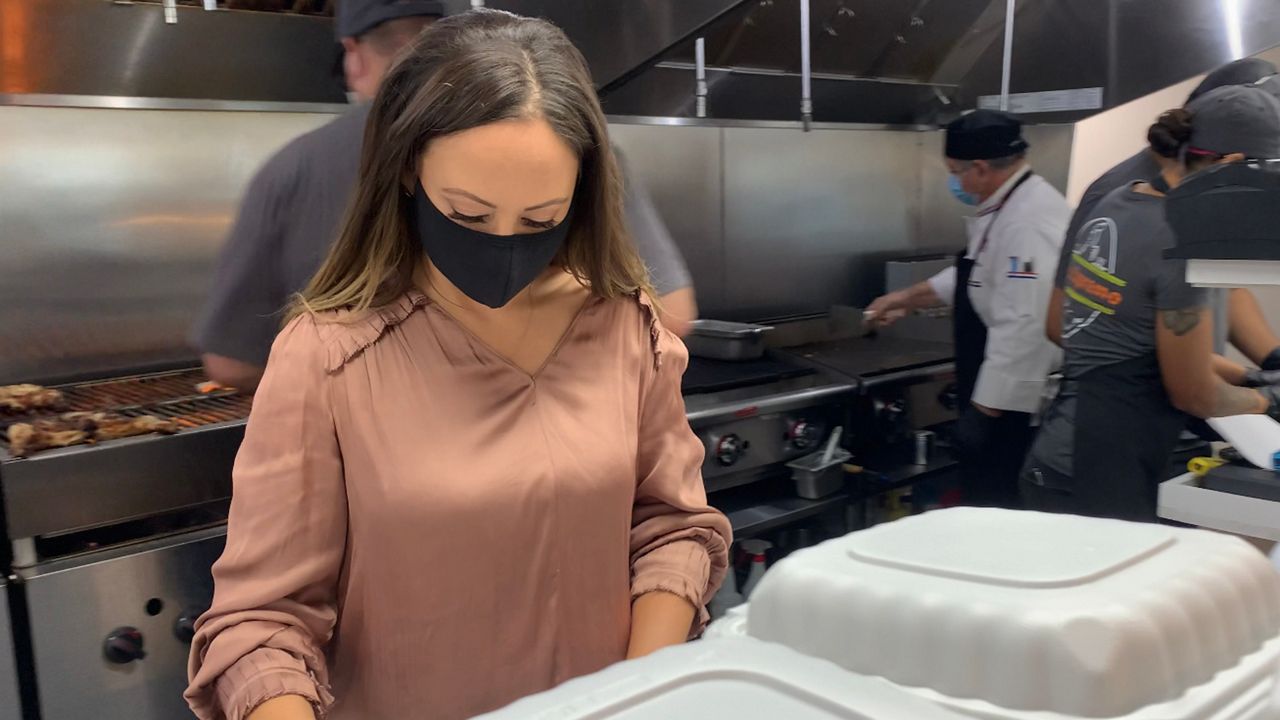 TAMPA, Fla. — For Eugene Alvarez, it all started with a dream 40 years ago.

He opened his first restaurant, Pollo Supremo, in New Jersey in the 1980s – expanding there over the years.

His specialty – Latin food, made fast and healthy.

“We keep improving the recipe. When we started, it was only chicken,” he said.

Yet, he let his employees tweak the recipe over the years, finally coming up with the right blend of special ingredients.

When he moved to Florida a few years ago, he and his daughter Veronica decided to expand the concept to Tampa.

“It’s been about three years up and coming now,” Veronica said.

After multiple construction delays, the father daughter duo thought they were in the clear. They were all set to open in March.

“Unfortunately we got caught in the middle of this pandemic and you know we’re hoping that things will be over soon,” Eugene said.

Their grand opening ended up being pushed back from March all the way to August.

They had to shift their focus a bit, incorporating lots of social distancing and focusing on the takeout component.

“We also have three of the major delivery companies that are picking up and that’s another hope that we have that’s going to improve as we go along,” Eugene said.

If there’s anything they’ve learned:

“Adjust to the times instead of resisting and just use everything at our disposal to keep following our dreams and believing in our business,” Veronica said.

0 0 0 0
Previous : With Precautions in Place, HCC Welcoming Back Students, Staff
Next : A+ Teacher: A Clear Love For Teaching and Students