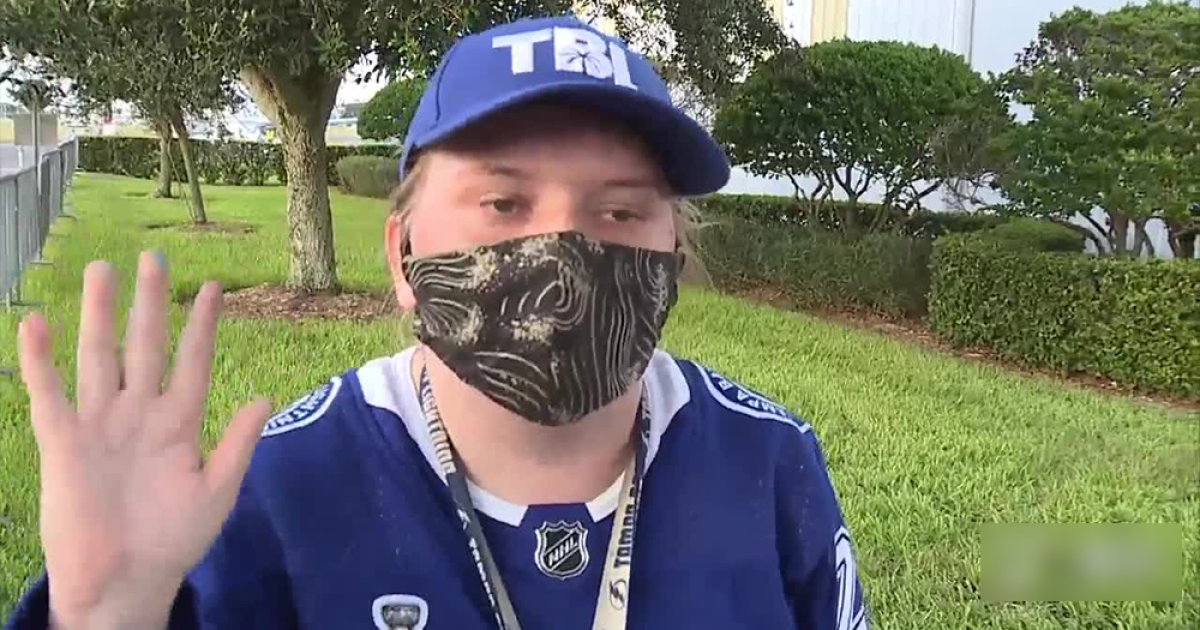 TAMPA, Fla. — Bolts fans flocked to a private tarmac at Tampa International Airport to get a first glimpse at the Stanley Cup and the players who brought it home.

“This team deserves everything that they’ve got,” said Maxwell Grigsby. “They fought for it tooth and nail and they came out on top, out of 24 teams that entered into the gauntlet.”

Tampa Bay Lightning players and their families were cheered on by hundreds of fans who were holding signs and decked out in Bolts blue.

Many fans waited in heavy rain for the team to touch down in Tampa.

“Just seeing literally my favorite people in the world just so happy and accomplished that they finally got to the top of the mountain, it just made me so happy,” said Emily Gifford.

She had the opportunity to hoist the Stanley Cup in a moment she describes as unexpected and incredible.

“Is it as heavy as they say?” asked reporter Ryan Smith.

The Cup is back home! 🏆#GOBOLTS ⚡️ pic.twitter.com/fKMpZlwD8D

After more than two months in the NHL’s Canadian bubble, the Bolts are back home and have delivered fans so much more than a trophy in 2020.

“They showed grit, determination,” said Castor. “Unending strength to win that game and that really shows what Tampa and Tampa Bay are all about.”

Team celebrations continue Wednesday with a boat parade on the Hillsborough River through downtown Tampa starting at 5 p.m. A fan rally will take place at 7:30 p.m. at Raymond James Stadium.