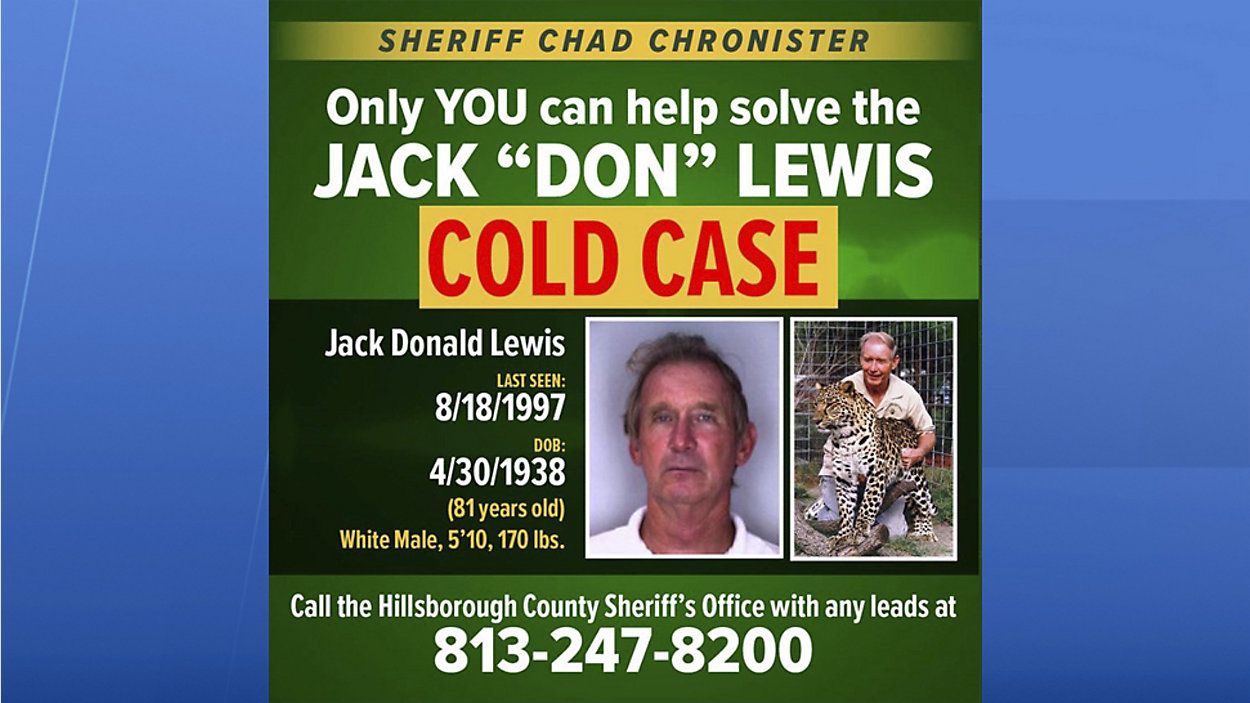 TAMPA, Fla. — The family of millionaire Don Lewis who was reported missing in 1997 and declared dead in 2002 is restarting their search for answers.

The family held a press conference today with their attorney and a private investigator.

An attorney for the family said it’s time to hit the reset button on the case in order to solve a cold case.

“Look, let me hit the reset button, let’s figure this out. If you crave, and I mean anybody, if you crave more 15-minutes you’ll get em, but if you want to see Tiger King in all of that that came with it result in justice, I think there’s a big opportunity here to solve a 23 year old cold case,” John Phillips said.

Lewis was the owner of Tampa Wildlife on Easy Street, now known as Big Cat Rescue.

Over the weekend, family of Lewis launched a billboard campaign across Tampa asking anyone for information to come forward.

The billboards are being funded by a GoFundMe page that has raised $100,000 in an effort to uncover what happened to Lewis.

The Hillsborough County Sheriff’s Office breathed new life in to the open investigation after Tiger King’s release, assigning a new supervisor to oversee the case and asking for any tips.

To date, the sheriff’s office has not said if it has received any credible leads.​