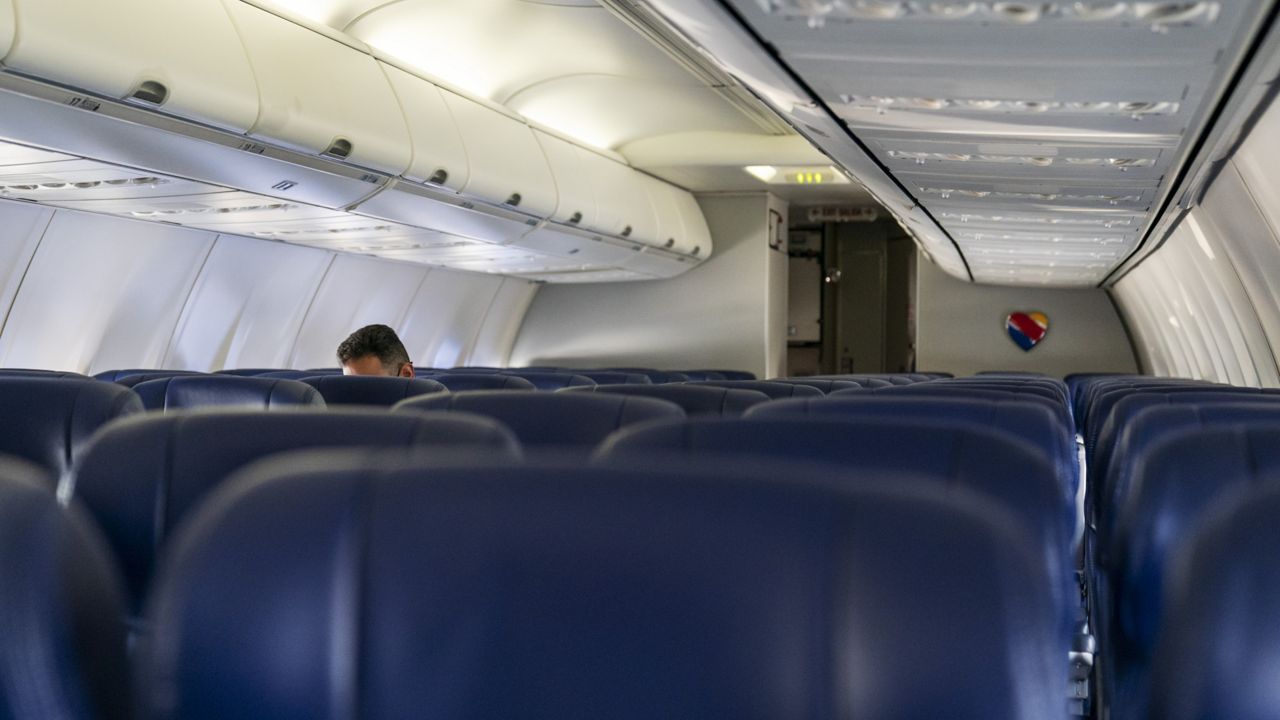 Airlines across the United States are reporting incidents of unruly passengers at far higher rates than in recent years, a spokesperson for the Federal Aviation Administration confirmed to Spectrum News on Tuesday.

Since February — when the FAA officially began keeping track, per the spokesperson — officials received around 1,300 reports of unruly passengers. To date, the agency has identified potential violations in approximately 260 cases, and has sent notices to passengers in at least 20 cases warning them of enforcement actions.

The agency is in the process of preparing “a number of additional enforcement actions,” per an FAA spokesperson.

It’s a federal crime to “assault, threaten, intimidate, or interfere with a crewmember in the performance of the crewmember’s duties aboard an aircraft being operated.” Many of the recent, legally actionable incidents were due to passenger intoxication, while others stemmed from passenger’s alleged refusal to comply with federal mask-wearing mandates.

Because the numbers remained fairly constant year-to-year, the FAA has historically not kept track of how many total reports of unruly passengers it received in any given year.

Instead, the agency tallied the yearly amount of enforcement actions taken against passengers.

According to the most recently available data, last year the agency enforced legal action against 108 passengers as of Nov. 30; in 2019 it enforced 142 legal actions, and 159 the year before. Enforcement actions have remained below 200 since 2005, when the agency reported 205 such incidents requiring legal pursuit.

In total, the FAA has initiated around 1,300 enforcement actions over the past decade — the same number as the amount of incidents reported to the agency in the past three months alone.

The spike in unruly passenger reports is due in part to the enforcement of coronavirus mitigation measures on flights.

“The FAA has seen a disturbing increase in incidents where airline passengers have disrupted flights with threatening or violent behavior,” the agency said in a statement on Jan. 13. “These incidents have stemmed both from passengers’ refusals to wear masks and from recent violence at the U.S. Capitol.”

In response, FAA Administrator Steve Dickson announced the agency would adopt a strict “zero-tolerance policy” against passengers who violate federal law when disrupting a flight. While the agency previously dealt with unruly passengers through a variety of methods — including verbal warnings, civil penalties, and counseling — the FAA will now move directly to legal action.

“Flying is the safest mode of transportation and I signed this order to keep it that way,” Dickson said at the time.

Dickson’s directive, which was set to expire in late March, was recently extended through September. The announcement coincided with a similar message from theTransportation Security Administration, which last Friday said it will extend its mask requirement, which also applies in airports and train stations, through Sept. 13. The rule took effect Feb. 1 and was set to expire May 11.

Under the agency’s more stringent enforcement policy, disruptive passengers can face fines up to $35,000, jail time, or lifetime bans from certain airlines.