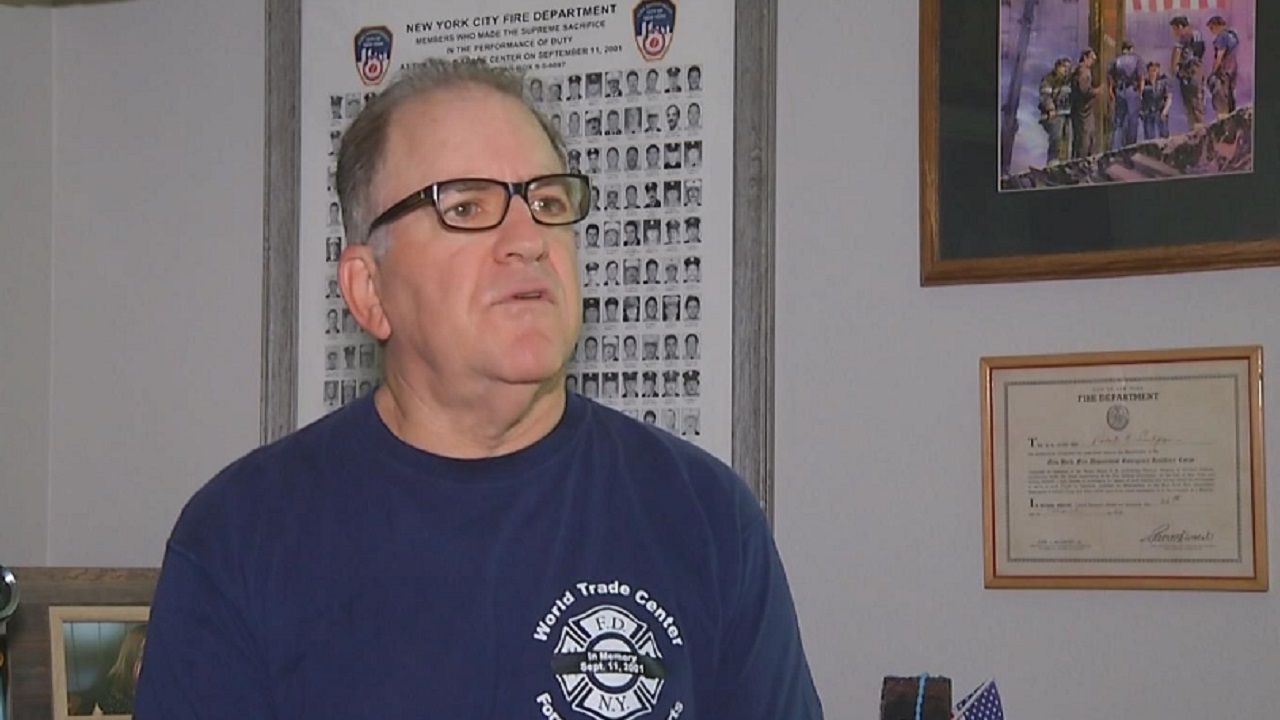 BRADENTON, Fla. — There are many remembrance ceremonies happening Friday around the Bay area, state and nation.

In Bradenton a “Tribute to Heroes” memorial service took place at Rossi Park.

This year is especially hard, due to limits on ceremonies due to Covid-19.

Due to the nature of Florida, so many people who either survived the terrorist attacks or the first responders who rushed toward danger now live in the Sunshine State.

And some are dealing with lasting, serious health problems from what happened that day, including Garrett Lindgren.

Lindgren rushed towards danger that day as part of Rescue 3 team from the Bronx. He abandoned his truck, braved the thick, black smoke and started looking for survivors.

But the months he spent at Ground Zero took a serious toll on his body.

He has a number of respiratory issues and illnesses from chemical exposure, and a weak immune system.

“I’m lucky I’m here, so I’m not going to complain about that at all,” he said.

Unable to travel or see his friends due to Covid-19, it’s been an isolating year for him.

And it’s been tough not being to connect with his fellow firefighters like he used to.

“I’m not alone,” Lindgren said. “There’s tens of thousands of good Americans who are dealing with what I’m dealing with or worse. So I put it in perspective”

0 0 0 0
Previous : Hernando County Residents to Vote on School Referendum in November
Next : Friday Night Football kicks off with changes due to COVID-19