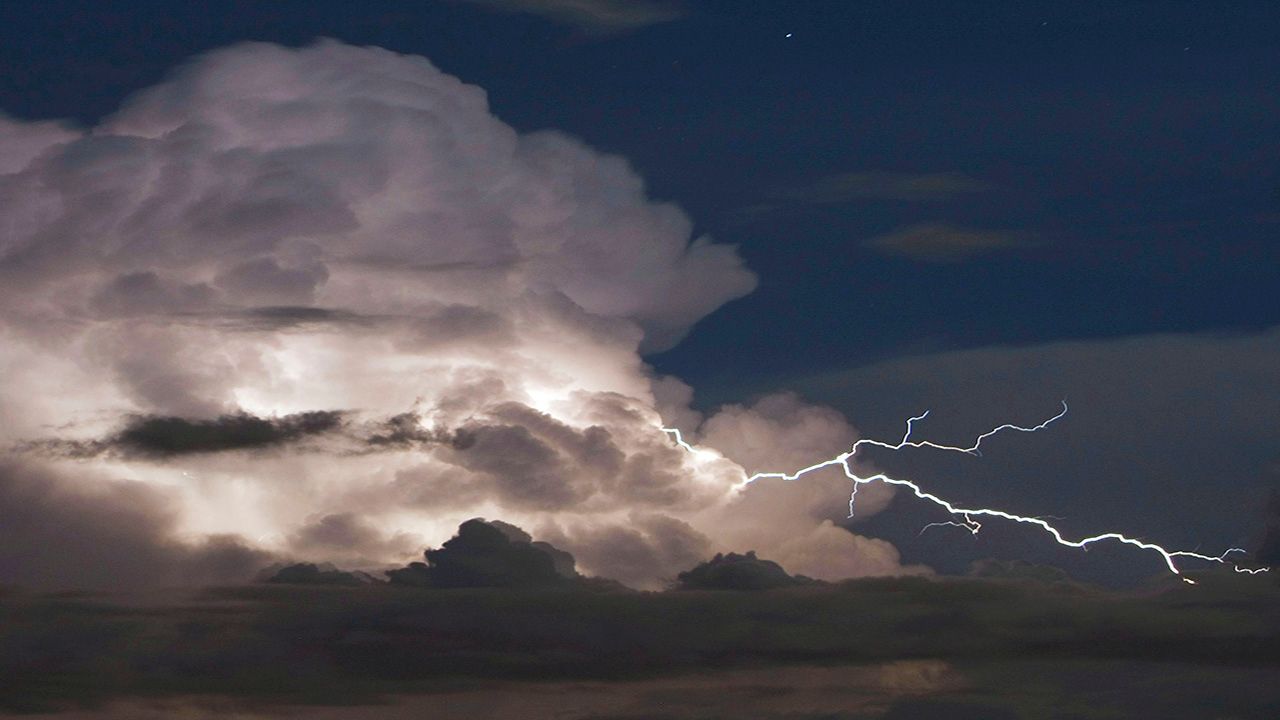 TAMPA, Fla. — Storms start early at the coast and move east across the area Tuesday.

A “reverse summertime pattern” is in place for much of the week. This means we have an onshore flow that will favor thunderstorms on our west coast earlier in the day.

Typically, we wait for the afternoon for storms to develop along the sea breeze and move through our area. A “reverse summertime pattern” is the opposite because our best chance for storms will be in the morning.

Storms will develop overnight over the eastern Gulf of Mexico and move onshore through Tuesday morning. Some of the storms could be heavy with torrential rain and frequent cloud-to-ground lightning.

The thunderstorms will move inland through the afternoon and focus primarily on Florida’s East Coast later in the day.

Temperatures will be in the upper 80s to  low 90s each day.

In the morning, expect southwest winds and scattered showers and storms over the Gulf and Tampa Bay.

Seas will be 1-2 feet with a light chop unless thunderstorms are in the area.

Watch out for lightning. There is a possibility of waterspouts too. We had some over the weekend in the eastern Gulf of Mexico.

We are watching two tropical waves in the Atlantic Ocean.

One will move into the Caribbean and the other is on the other side of the Atlantic near Africa.

Both of these waves will likely develop over the coming days. Stay tuned for updates. There is no threat to Florida at this time.

0 0 0 0
Previous : TPD launches new system that lets you file a report online
Next : Anonymous donor inspires others to pay it forward to unemployed Floridians