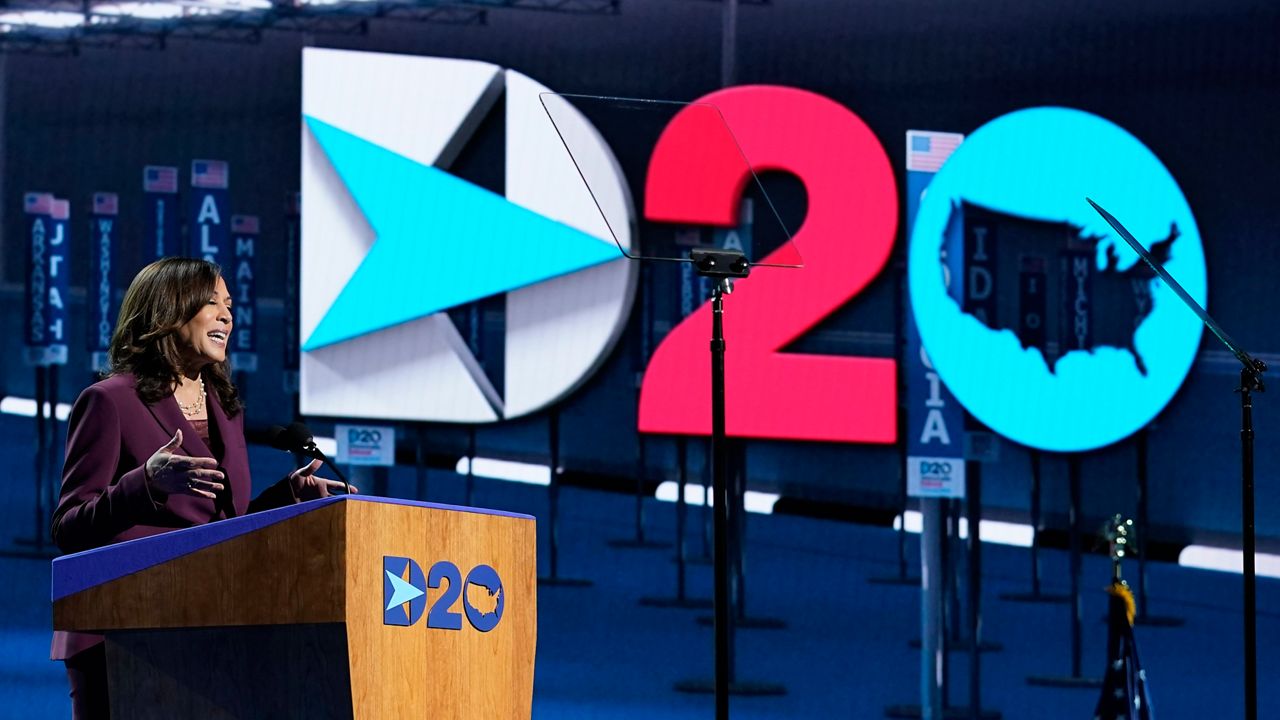 NATIONWIDE — We are closing in on the close of the Democratic National Convention, and if you’ve been tuned in, you are probably adjusted to the settled novelty. You may differ on the politics – and on Joe Biden, whose speech tonight concludes the four-day forum. But everyone has to agree that it looks plainly different.

How could it not? It’s not a convention in any traditional sense; the conventioneers are tethered only by satellite links and internet connections.

The COVID-19 pandemic shuttered plans for Milwaukee to host Democrats; instead they’re beaming to you live, and taped, from all over.

It’s interesting fodder for chats and texts. Come November, this probably matters only in a few states.

The Electoral College, and our hyper-partisanship, means that a President Joe Biden or a second term for Donald Trump may hinge on a handful of key states.

By now they should be familiar to even the most casual political observers: Wisconsin, Florida, Michigan, Pennsylvania, North Carolina, Arizona – and maybe Ohio (which is trending more Republican), Georgia and Texas (which haven’t gone for Democrats since 1992 and 1976 respectively).

As it happens, I have really smart colleagues at Spectrum stations in five of those states – and another who has been covering and overseeing conventions for 20 years. I reached out to ask them how the DNC is playing politically among the pivotal voters they cover.

Their comments are lightly edited.

“I think any convention bump is typically limited and short lived. However, I do think it’s important to help rally grassroots supporters who can then go out in their communities and spread the word.

“The highly produced digital videos are shareable in this format and are getting significant attention. North Carolina’s roll call vote was done by Cozzie Watkins.

“She is an outspoken Black woman who used her time to emphasize Black women’s role in Democratic politics and the need to show up at the polls.

“I will also point out, while TV ratings are down more than 25%, DNC Chair Tom Perez told me nearly 30 million people are watching on 12 platforms.

“This could signal a big shift in not only how the convention is viewed but also create an avenue for a younger and more energized base to get involved even if they are not delegates.”

“After a push to get more prominent speaking roles for Texans, Democratic leaders in the state say they’ve been impressed with the national convention so far.

“They would have liked to have had [former Congressman] Beto O’Rourke or [former HUD Secretary] Julián Castro give a primetime speech because they think it would have boosted the state’s status as the ‘biggest battleground’ as they’ve been calling it. But there have been notable appearances from a number of Texans.

“I spoke with the chairman and vice chairman of the state party and both say they see Kamala Harris giving a boost to Biden in the state.

“Biden needs to get Black voters to turn out in order to have a shot at being competitive in Texas and they believe she’ll help motivate them to head to the polls. Republicans have pushed back pointing to her low polling during the primary.

“Julián Castro also told me this week he was disappointed in the lack of diversity and representation of Latinos for the DNC speaker lineup. It’s another key voting bloc for Biden in Texas and motivating them to head to the polls is also needed if he wants to be competitive here.”

“At its worst, the convention feels like an infomercial for the Democratic party. You can’t even say there’s no energy in the room – because there is no room.

“But the lack of the stage has actually put more emphasis on video images that would ordinarily be overlooked.

“Typically, the video about Joe and Jill Biden would have been a prologue to Jill Biden’s speech but it was the other way around this year, with the speech almost being an epilogue to a powerful video.

“And as difficult as it is to give a political speech with no audience, Michelle Obama showed how well it can be done.

“This format greatly helped the nominating roll-call vote by seeing every state’s delegation in a different and colorful setting. For once, social distancing really helped a political party.”

“Here in Wisconsin, after there’d been so much celebration about landing the DNC and all the attention, visitors and revenue it would bring, I think anyone here — Democratic leaders included— would say the virtual format’s a letdown.

“Justifiable, yes, but Milwaukee stood to gain so much, so anything less is a bit of a bummer. The DNC 2020 Milwaukee logo isn’t even being used in primetime.

“Republicans have tried to pounce on this fact while Democrats promote it all as a sign of good leadership, but whether or not it ends up having any impact on November in the Badger State either way, well — we’ll see in November.”

“Ohio has early voting and participation is strong among voters in both parties. But there’s a shortage of poll workers because of the pandemic that threatens early voting turnout as well.

“All of these factors mean voting patterns and participation will be harder to predict for both parties. The African American vote is critical to Biden/Harris in Ohio. But that turnout is very dependent on person-to-person contact in the weeks leading up to Election Day.

“That outreach is threatened by the pandemic. This may give Republicans the advantage, if they can hold on to the majority of the voters from 2016 and 2018. Polls suggest that could be a tall order since Biden is less of a turn-off to republican voters than Hillary Clinton.

“The strengths and weaknesses of both parties makes this a hard race to predict.”

“The conventions serve to not only energize the party, but to boost momentum in general. I wonder, I worry really, will the energy pick up?

“So, I polled two friends here in Florida who are delegates for their respective parties to ask them what they plan to do without the force of the conventions. Independent of each other, they gave me similar answers: More person to person contact. They both feel more empowered to get more active with potential voters. They feel they HAVE to, because the conventions won’t hit everyone en masse. The most politically active now have to do the work.

“Voters usually tune in for the spectacle, they’re lured in by the spectacle, and while they’re there, they learn about the issues that translate to their own lives. The potential to educate a voter during the conventions is tremendous. We have to hope people are willing to seek out policies and standpoints that most align with their own visions for their lives. Maybe that means sticking within party lines, or maybe they’ll find new life in a new candidate.”