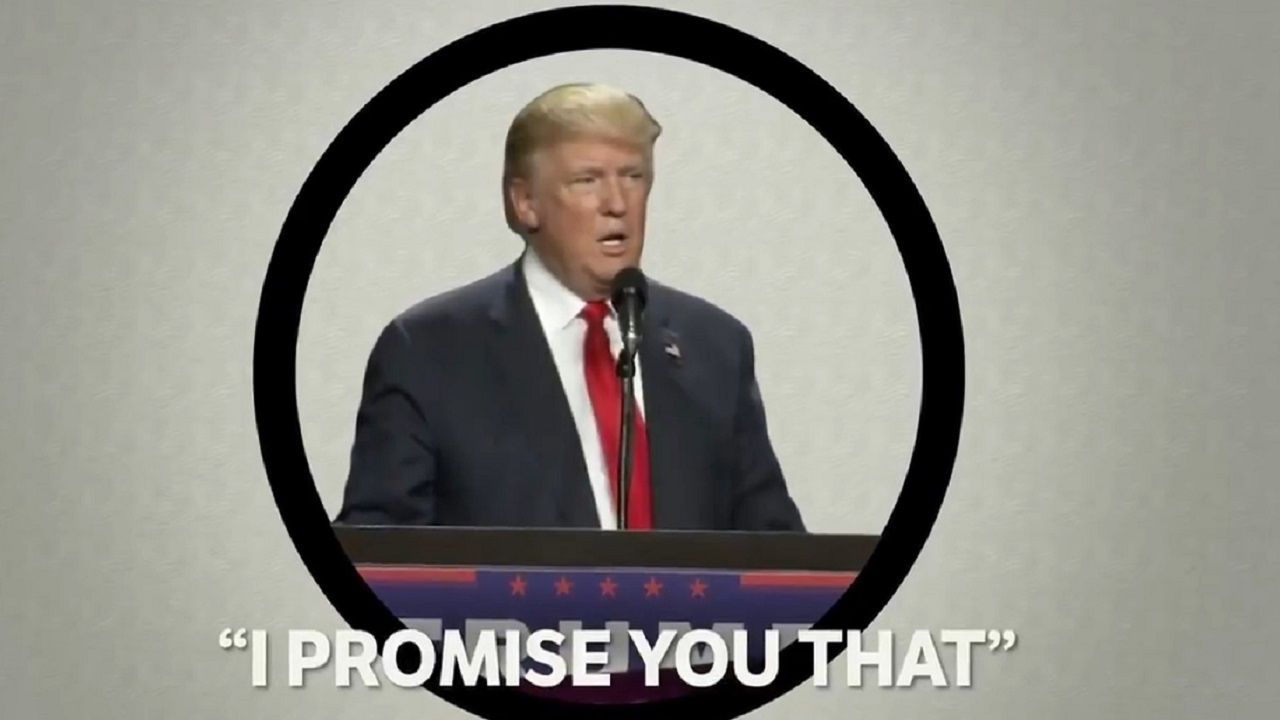 ST. PETERSBURG, Fla. — The Democratic National Committee “War Room” is releasing a new television ad today in the Tampa Bay area television market that blasts President Trump for what the DNC says is a “long record of disparaging comments about America’s service members.”

The president has come under fire since The Atlantic reported last week that he allegedly disparaged the war dead.

The 60-second ad begins by referencing the battle at Belleau Wood.

That confrontation occurred during World War I in northern France, and is considered one of the most important battles in U.S. Marine Corps history. The Atlantic story reported that the president referred to the more than 1,800 Marines who lost their lives at Belleau Wood as “suckers” for getting killed.

Trump has denied the comments, which were allegedly made during his November 2018 trip to Paris.

NEW AD: Trump inherited everything and sacrificed nothing — as commander-in-chief, he denigrates service members who’ve made the ultimate sacrifice for our country.

America deserves a leader who understands the weight of these sacrifices — not one who disparages them. pic.twitter.com/smxX35neZB

The White House has cited denials from aides like former press secretary Sarah Sanders and Zach Fuentes, who previously worked for former White House Chief of Staff John Kelly, in refuting the claims.

“Millions of brave men and women have made immense sacrifices in order to keep our country safe. But Trump, who inherited everything and sacrificed nothing, has spent years denigrating America’s service members and veterans,” said DNC Chair Tom Perez in a statement. “Florida deserves leaders like Joe Biden who understands the sacrifices made by members of our military and their families – that’ll never be Donald Trump.”

The poll also shows that the president holds a narrow lead among Latino voters and Biden has a small lead among seniors.