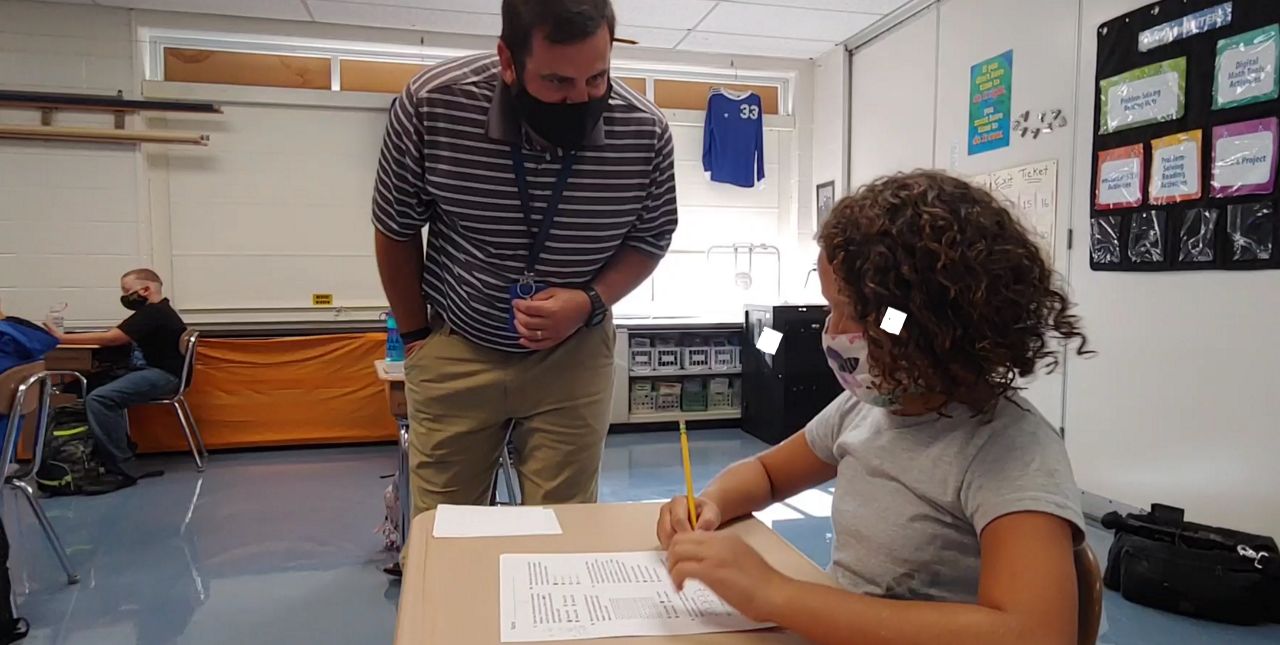 PASCO COUNTY, Fla. — Despite the uncertainties and frustrations that educators have told Spectrum Bay News 9 comes with returning to school in the midst of a pandemic, districts said they haven’t seen a major shift in teacher and staff resignations compared to years past.

“It’s increased slightly, but it’s nothing we haven’t been able to handle. It’s not anything that’s caused a major disruption in our schools,” said School District of Manatee County Director of HR Personnel Services Wendy Mungillo.

Mungillo said the district reported to the state that 1.3% of their roughly 2,600 teachers either resigned, retired, or are on family medical leave specifically due to COVID-19. She said 41 of those happened since Aug. 1.

“It’s been tough for people to make decisions,” Mungillo said. “I think that’s the biggest part of what HR’s been doing is really just kind of guiding people through, employees, through their options.”

Pasco County Schools reports that, as of Sept. 11, 29 teachers and 67 non-instructional staff had resigned since school began on Aug. 24. A spokesperson said those numbers aren’t unusually high.

In Hillsborough County, the district said more than 97% of its 15,000 teachers returned to work this year.

“We have always had a team of dedicated teachers and staff ready to go to work for children, and you can see that hasn’t changed in light of the pandemic,” Hillsborough County Public Schools Media Outreach Manager Erin Maloney wrote via e-mail.

Maloney said the remaining 2.6% either retired or resigned, but there’s no way to tell how many of those were due to the pandemic. Districts told us they normally see an influx of resignations and retirements in the first weeks of, and those leading up to, a new school year. In Hillsborough, 1,034 employees chose to leave between mid-June and mid-August. Maloney said that’s a three percent decrease from the same time last year.

Districts said one challenge of the 2020-21 academic year has been staffing classrooms with substitutes when needed. A Pasco district spokesperson said this was expected. Mungillo said this is the Manatee district’s first year using staffing firm ESS to fill open sub jobs.

“They have promised a 90% fill rate, and they’ve really struggled this year because a lot of our substitutes, you know, they have a choice in the matter, and a lot of them are kind of waiting it out to see what happens,” said Mungillo.

Mungillo said the district and ESS put together a video featuring substitutes who have already returned to class talking about precautions that are in place to help assure other subs that it’s safe to come back.

On Tuesday, both the Manatee and Hillsborough districts reported fewer teacher absences compared to the same time the previous year. In Manatee, which has roughly 2,600 teachers, 172 subs were requested and 107 of those jobs were filled. Compare that to a Tuesday last September when 211 subs were requested and 123 spots were filled. In Hillsborough, there were 758 requests for substitutes on Tuesday compared to 1,020 on the same date last year.