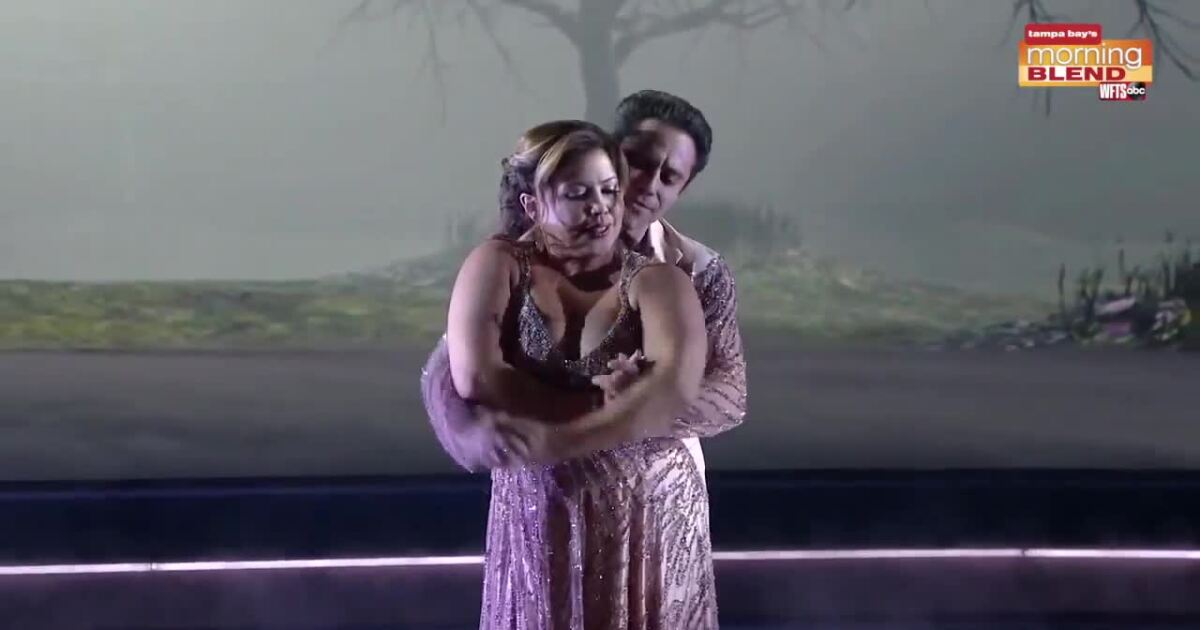 “Disney Night” – With a dash of pixie dust and a touch of illusion, 14 celebrity and pro-dancer couples compete for the third week as the magic of Disney returns to the ballroom live for the 2020 season, MONDAY, SEPT. 28 (8:00-10:00 p.m. EDT), on ABC. The show will begin with a cold open of host Tyra Banks and celebrities taking the viewing audience into their favorite classic Disney films. Episodes can be viewed the next day on demand and on Hulu.

Live votes (via abc.com, the ABC app and SMS/text) will occur each week only during the live broadcast in the EDT/CDT time zones (but fans in all U.S. time zones may vote within that window). With each subsequent episode, the live vote combined with the judges’ scores will be revealed during the broadcast.

Vying for America’s vote, each couple will dance to a variety of beloved Disney songs including “Part of Your World,” “Almost There,” “King of New York” and “Reflection,” among others. In a first for Disney Night, one couple will be eliminated at the end of the show.

The couples (with their dance choices and songs) are as follows:
• head coach Monica Aldama (“CHEER”) and pro Val Chmerkovskiy dancing the Waltz to “Part of Your World” from “The Little Mermaid”
• animal activist Carole Baskin (“Tiger King”) and pro Pasha Pashkov dancing the Samba to “Circle of Life” from “The Lion King”
• Kaitlyn Bristowe (“The Bachelor,” “The Bachelorette”) and pro Artem Chigvintsev dancing the Foxtrot to “How Far I’ll Go” from “Moana”
• Super Bowl Champion Vernon Davis and pro Peta Murgatroyd dancing the Quickstep to “Be Our Guest” from “Beauty and the Beast”
• TV and film actress Anne Heche and Keo Motsepe dancing the Quickstep to “Zero to Hero” from “Hercules”
• Disney Channel actress Skai Jackson and pro Alan Bersten dancing the Jive to “Almost There” from “The Princess and the Frog”
• actress Justina Machado (“One Day at a Time”) and pro Sasha Farber dancing the Charleston to “Supercalifragilisticexpialidocious” from “Mary Poppins”
• Backstreet Boys singer AJ McLean and pro Cheryl Burke dancing the Quickstep to “Prince Ali” from “Aladdin”
• Emmy® Award-winning host of “The Real” and sideline correspondent on “Holey Moley,” Jeannie Mai and pro Brandon Armstrong dancing the Viennese Waltz to “Married Life” from “Up”
• TV and film actor Jesse Metcalfe and pro Sharna Burgess dancing the Jive to “King of New York” from “Newsies”
• GRAMMY®-winning rapper Nelly and pro Daniella Karagach dancing the Foxtrot to “It’s Alright” from “Soul”
• TV host Nev Schulman (“Catfish”) and pro Jenna Johnson dancing the Argentine Tango to “Angelica” from “Pirates of the Caribbean: On Stranger Tides”
• actress Chrishell Stause (“Selling Sunset”) and pro Gleb Savchenko dancing the Waltz to “A Dream Is a Wish Your Heart Makes” from “Cinderella”
• Olympic figure skater and on-air commentator Johnny Weir and pro Britt Stewart dancing the Rumba to “Reflection” from “Mulan”

“Dancing with the Stars” is the hit series in which celebrities perform choreographed dance routines that are judged by a panel of renowned ballroom experts. Hosted by supermodel and businesswoman Tyra Banks, the series returns to the ballroom with a lineup of celebrities. Carrie Ann Inaba and Bruno Tonioli are joined by Emmy Award winner and six-time Mirrorball champion Derek Hough at the judges desk. Meanwhile, unable to judge this season live in the ballroom, Len Goodman will still be a part of the show in a different capacity and sharing his ballroom expertise from the UK.

0 0 0 0
Previous : Are Parents On Track To Pay For College?
Next : Pelosi Warns Democrats Presidential Election Could Be Decided by House