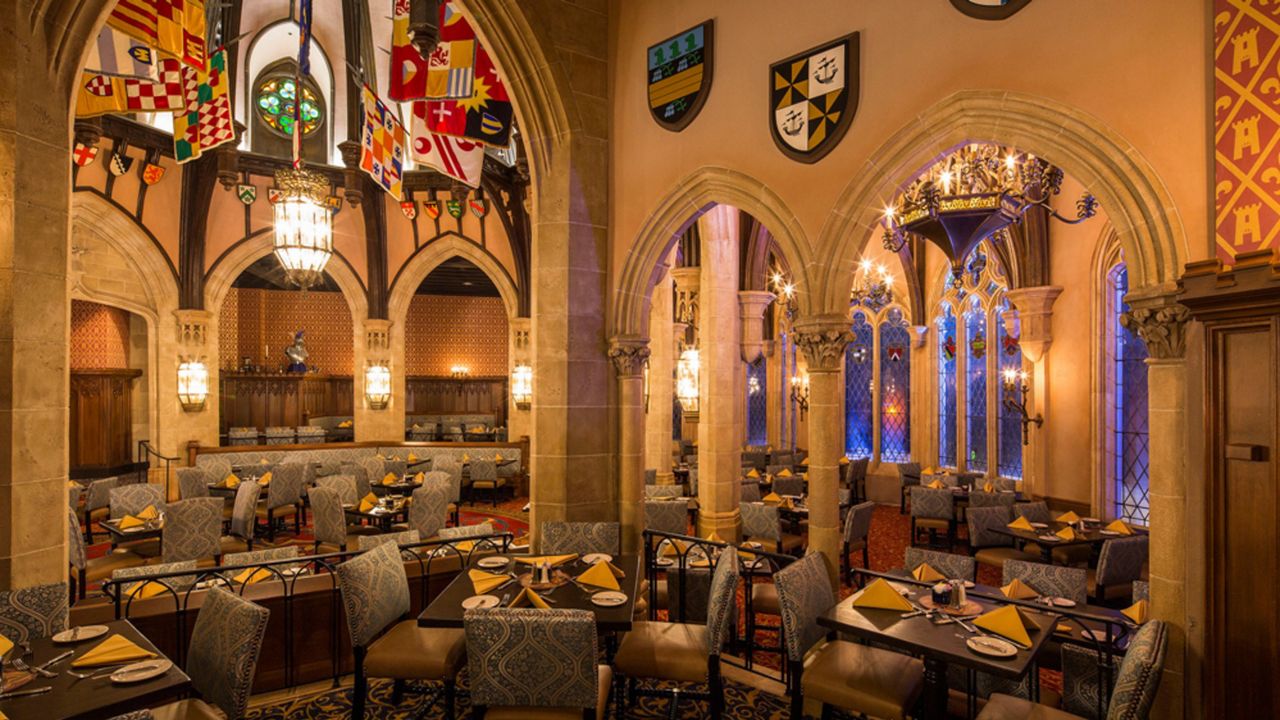 ORANGE COUNTY, Fla. – Additional Disney World restaurants will soon resume operations as the resort continues with its phased reopening amid the coronavirus pandemic.

Cinderella’s Royal Table will reopen September 24, but, according to Disney, will not feature any appearances from the princesses. Reservations will open September 11.

“The princesses will be taking a break from their royal duties greeting Guests, but there will be plenty of delicious fare and fun to be enjoyed in this beautiful, one-of-a-kind restaurant,” a post on the official Disney Parks Blog read.

Meanwhile, Hollywood & Vine will return September 25, with Halloween decorations to get visitors in the “spooky spirit.” The restaurant will offer Minnie’s Halloween Dine, the seasonal character dining experience. Reservations for this experience will also open September 11.

As for quick service options, Disney will reopen Gaston’s Tavern on September 4 at Magic Kingdom. ABC Commissary at Hollywood Studios will reopen for walk-in lunch service on October 8.

Just last week Disney announced it was add fall decorations and Halloween-themed treats at Magic Kingdom despite Mickey’s Not-So-Scary Halloween Party being canceled for this year.

The parks have been operating in a limited capacity since reopening in July. Visitors are required to make park reservations in advance as well as adhere to a number of new safety measures, including face masks and temperature checks.

0 0 0 0
Previous : Tampa Bay Bucs not allowing fans at first 2 home games of the season
Next : Hot With Afternoon Storms