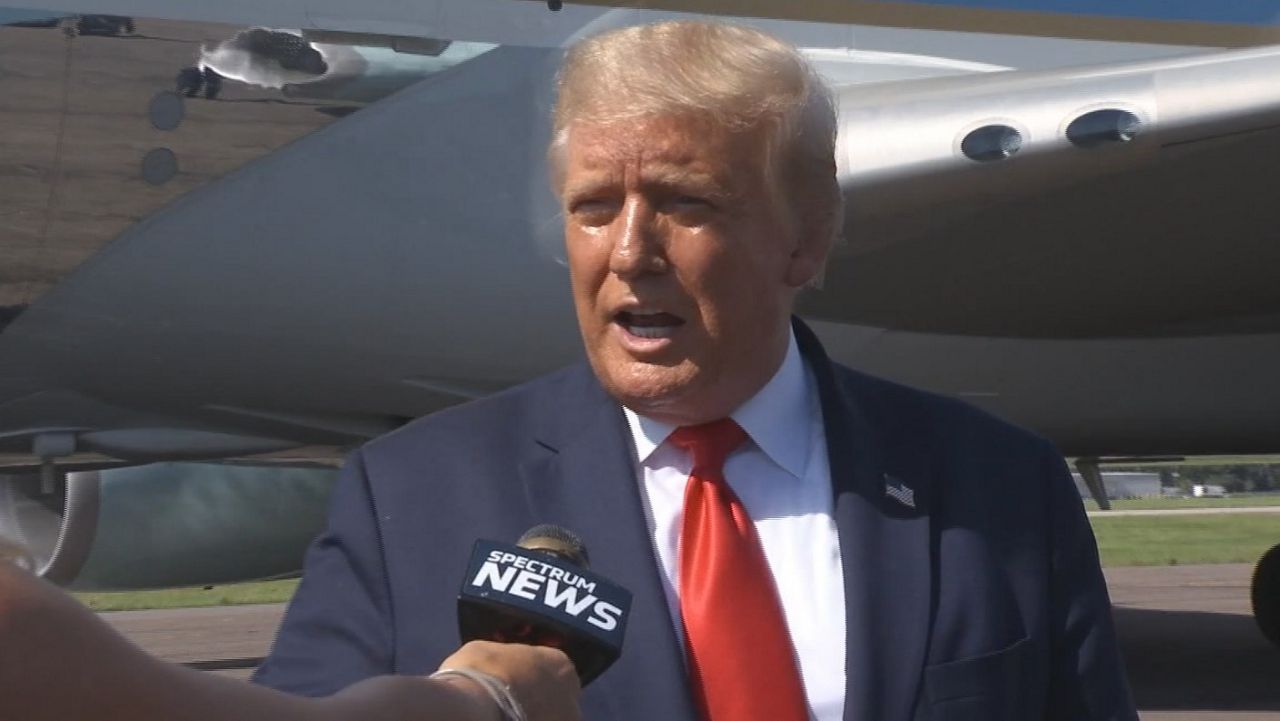 Though President Trump said recently that his administration would not expand drilling off of Florida’s shores during his tenure in office, Florida Democrats aren’t taking him at his word.

“Even though the Department of Defense says that the eastern gulf is an important area for military testing and the fact that Floridians do not want it – Democrats, Republicans, NPA’s alike, nobody wants it – the Trump administration and their fossil fuel allies continue to press to bring the rigs closer to our state,” said Tampa U.S. Rep. Kathy Castor in a Zoom conference call organized by the Joe Biden campaign on Tuesday.

The Trump administration says it’s a phony issue, however, citing the president’s remarks to Spectrum Bay News 9’s Holly Gregory while on the tarmac at Tampa International Airport on July 31.

“We’re not going to be drilling and I already put out that order – actually, quite a while ago,” he said. “But we can’t do that. And the people of Florida just don’t want it. You know there are some states that don’t mind it, but Florida does. And I live here too, and I vote here. And I will tell you that’s not going to be happening.”

Floridians have been pretty clear that they don’t support offshore drilling, as more than 60 percent supported a constitutional amendment in 2018 that prohibits oil and gas exploration activities three miles into the Atlantic Ocean and nine miles into the Gulf of Mexico.

But the amendment did nothing about federal offshore leases. And that’s causing anxiety among environmentalists as a congressional moratorium on oil leasing in the eastern Gulf is set to expire in less than two years.

“Donald Trump has spent the last four years selling off our land, air and water to the highest bidding polluters, and Trump’s intentions have been made clear from the very beginning (when) his administration unveiled a plan that included opening Florida’s coastline to offshore drilling,” noted Sierra Club President Ramon Cruz.

That was a reference to when former Interior Secretary Ryan Zinke said that the Trump administration would allow new offshore and gas drilling in nearly all U.S. coastal waters, including Florida, in January 2018. That ignited a furious reaction from leading Florida Republicans such as then-Governor Rick Scott and U.S. Senator Marco Rubio. A week later, those plans were dropped.

Then came a report in POLITICO published in June that quoted unnamed sources as saying that the Trump administration was ready to expand oil and gas drilling off Florida’s coast, but would wait to make any moves until after the November election because of the political firestorm that would ensue.

“No one in this state wants offshore drilling except for the fossil fuel industry, and that seems to be enough for Donald Trump,” said former Democratic state Rep. Sean Shaw during the call on Tuesday.

Shaw, Castor and Indian Rocks Mayor Cookie Kennedy all cited the devastating economic toll that Florida suffered from the Deepwater Horizon oil spill from 2010 as another reason why the majority of Florida residents don’t want any drilling.

“It was just catastrophic – the damage that it caused,” said Kennedy, adding that the region also had another economic struggle two years ago with Red Tide. “I think we’ve suffered enough.”

Ramon Cruz, who in May became the first Latino elected president of the Sierra Club, cited the organization’s recent endorsement of Biden for president. He said that Biden has a “bold vision” for tackling the climate crisis, and declared that the Biden-Kamala Harris ticket was “the strongest ever for climate and environmental justice.”

Regarding offshore drilling in Florida, a spokesman for the Trump campaign says that the president hasn’t changed his mind since he addressed the issue a month ago.

“President Trump is a proud resident of the Sunshine State and has said that he would respect the wishes of the people of Florida on offshore drilling,” said Ken Farnaso, the Deputy National Press Secretary for the Trump campaign. “Joe Biden, on the other hand, has promised to implement a radical energy agenda that would skyrocket Florida’s gas prices, taxes and energy bills. The choice couldn’t be more clear this November.”